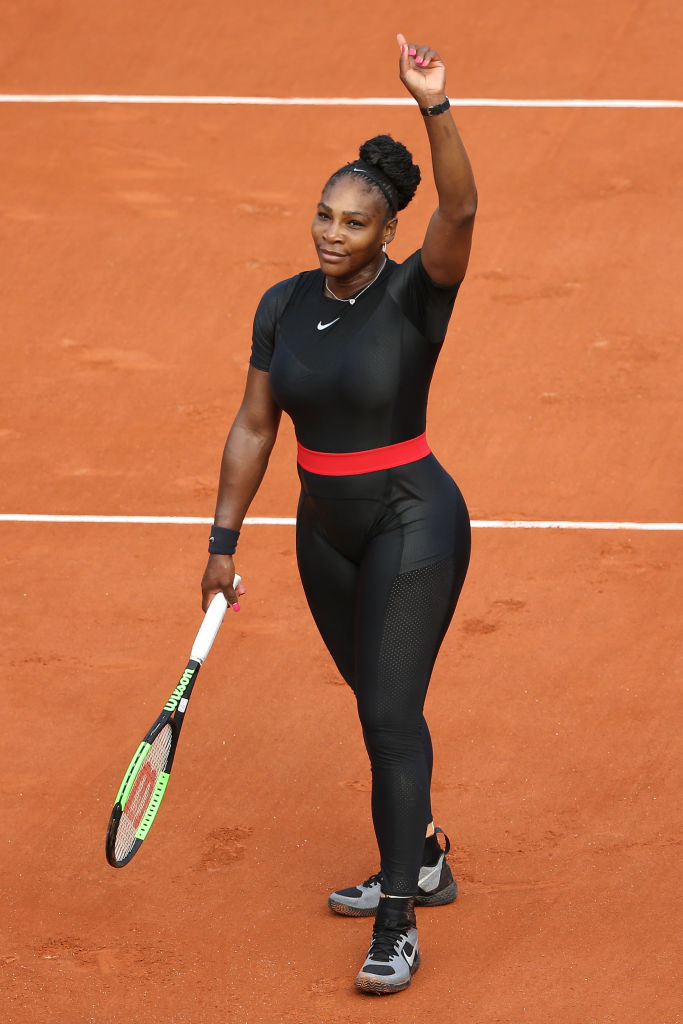 PARIS, FRANCE – MAY 29: Serena Williams of USA celebrates her first round victory during Day Three of the 2018 French Open at Roland Garros on May 29, 2018 in Paris, France.

Unseeded Williams won the game 7-6, 6-4 and will face No17 seed, Australia’s Ashleigh Barty, in the second round.

Speaking after the game, Williams said:

“She played really well. I don’t know how many aces there were. For every ace there’s money donated to a good cause. Two years has been a really long time since my last match on clay but I feel good. I trained hard. I’m just happy to have a won match here. I take it one day at a time.”

Williams, who wore a black catsuit for the game, according to DailyMail, said of her attire:

“All the moms out here that had a tough pregnancy and had to come back and try to be fierce in the middle of everything, that’s what this represents. You can’t beat a catsuit, right?”

Williams is currently ranked 453rd on the tour while Pliskova is 70th in the world. This follows the 23-time grand slam title holder sitting out the past year due to pregnancy and maternity leave.

Among those cheering her in the crowd were her husband Alexis Ohanian, mother Oracene Price, sister Isha Price, and agent Jill Smoller. 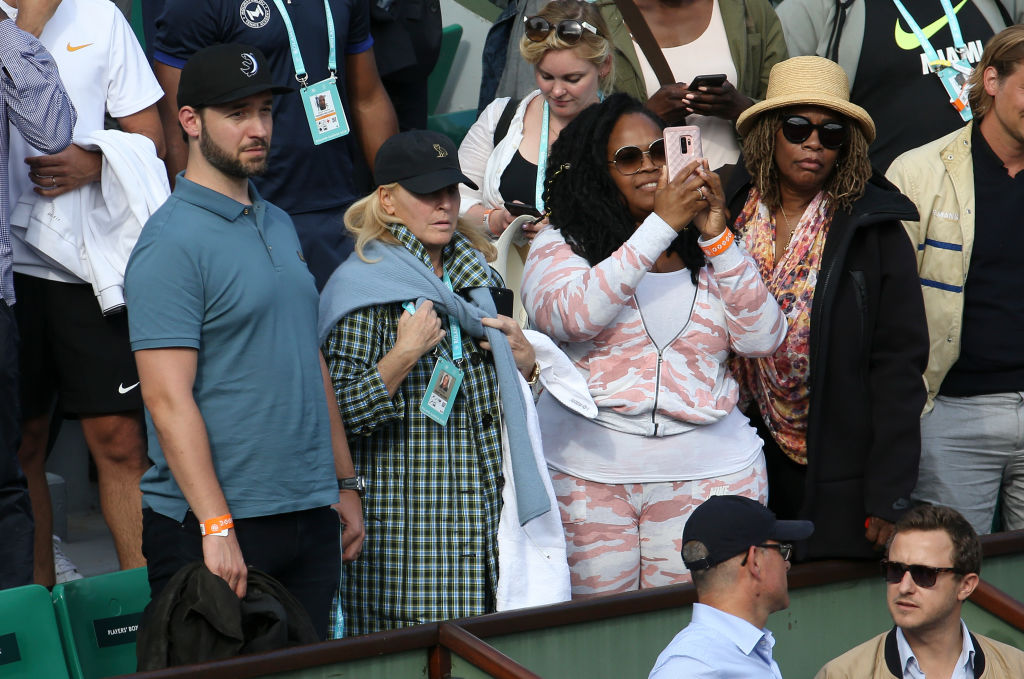 PARIS, FRANCE – MAY 29: Alexis Ohanian, husband of Serena Williams of USA, Jill Smoller, Serena’s agent, Isha Price, sister of Serena, Oracene Price, mother of Serena following her victory during Day Three of the 2018 French Open at Roland Garros on May 29, 2018 in Paris, France.

Watch highlights of the game below:

Dolapo Badmos: Why Friends & Families of Erring Police Officers “should be blamed for their misconduct”

The BN Style Recap: This Week is ALL About The BellaStylista