Being at the Right Place at the Right Time brought Them Together! Tobi and Khade's Pre-Wedding + Love Story #MotleyBakes18

Tobi and Khade‘s sweet sweet love story told by the couple is so beautiful. We kept smiling from ear to ear while reading it. You will love it! 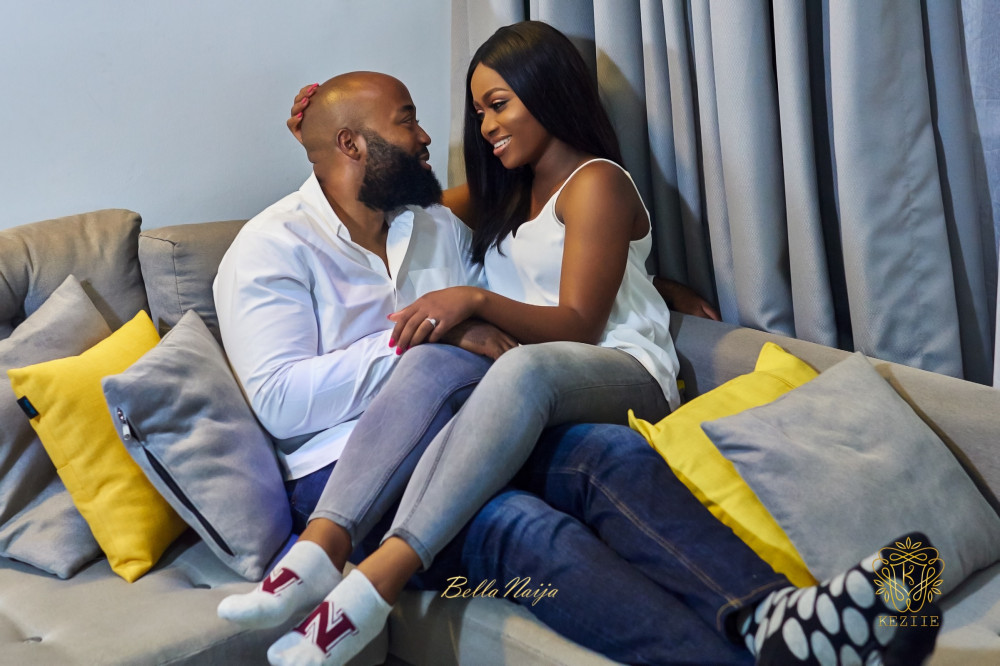 How We Met
By The Couple

Tobi: We randomly met, he stalked me, begged me to become his girlfriend and now we’re getting married. 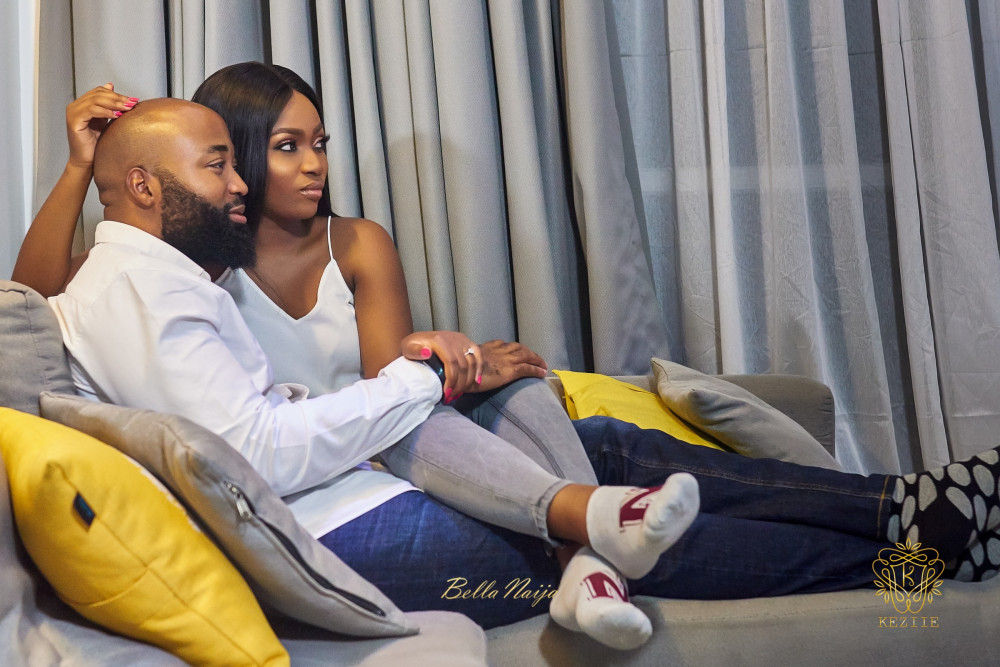 Tobi: Ok fine. We met when he was visiting his former office in Lagos. I had interned there a couple summers earlier so one day I stopped over to say hi to some old friends, opened the door and saw this fineeee wine.

Tobi: Ok, sorry, I saw this fineee champagne (razz), but I composed myself because #MansNeverHot. I said hi to the people I knew and left with my friend. On our way out, my friend realized that she forgot her phone so we had to go back to get it. 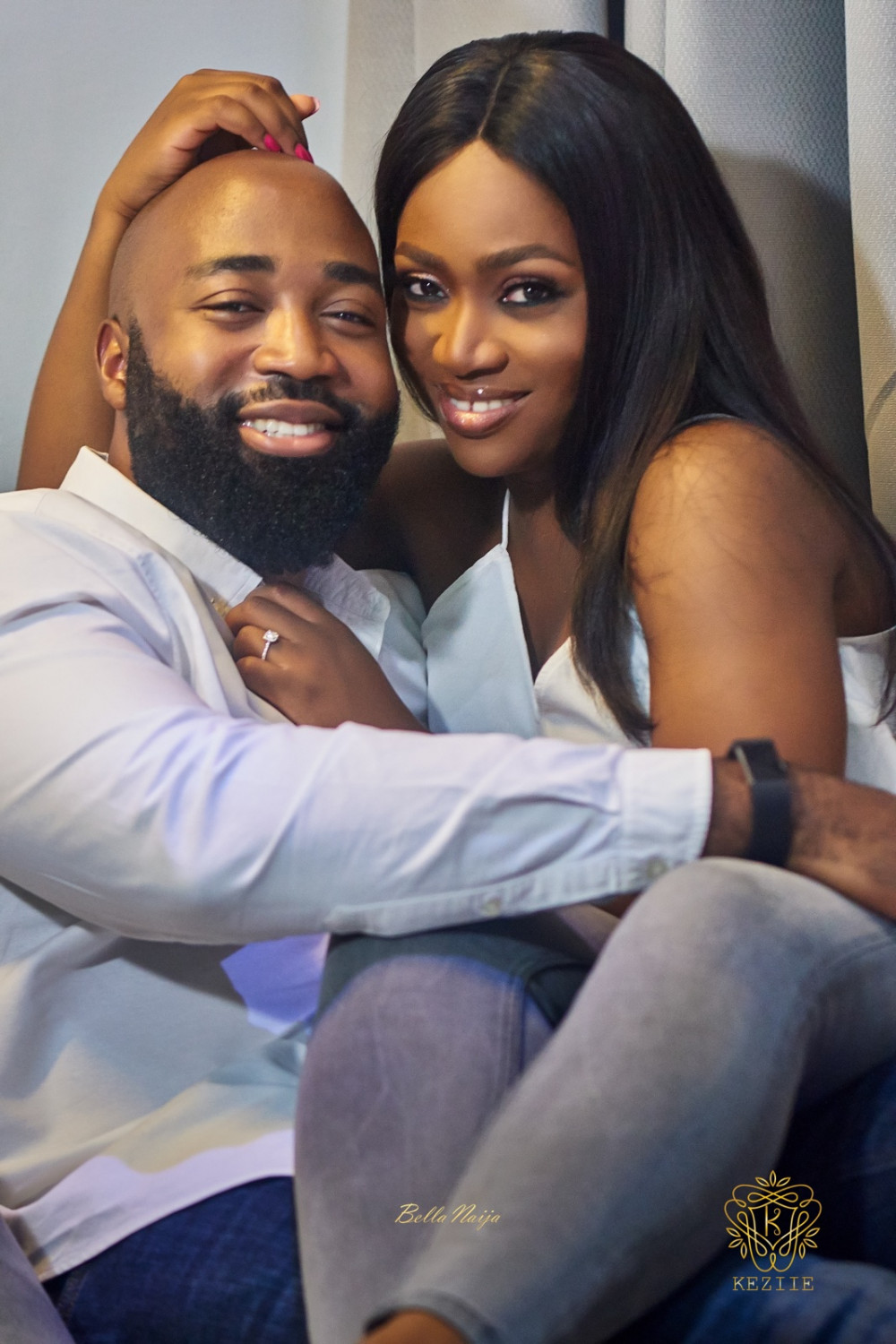 Khade: The moment she walked in I was hooked! I just knew I was meant to meet her so I sent a few pings across the office to find out who she was. By the time she left, I knew her name, age, where she studied, where she worked, etc. I had no idea if she was single but that was just a minor detail. I was harassing a colleague for not introducing us when I heard a knock at the door. I went to answer, hoping it was her.

Tobi: So this man opened the door and started talking to me. Small chit chat here and there, and because I’m socially awkward, I basically mumbled and stumbled through the entire conversation. No idea how he powered through that. A top lad. 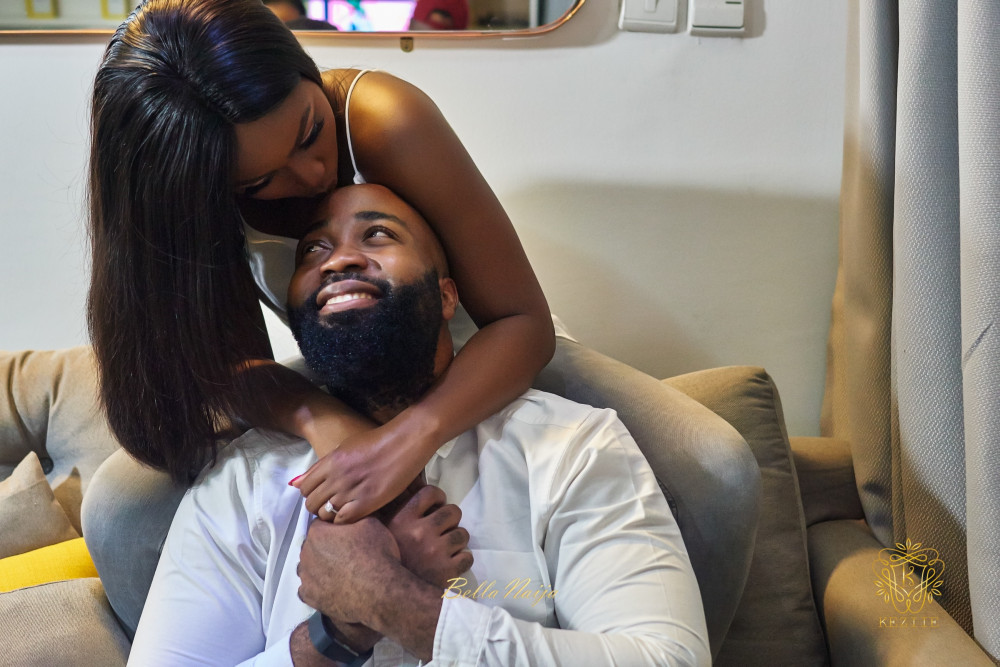 Khade: Tobi was standing awkwardly in the hallway so, being the gentleman that I am, I asked her in and had about 2 minutes of chit chat till she left with her friend. I shut the door and turned around to some rousing applause from the rest of the office and a request for a ‘lunch and learn’ session on how to #SeizeTheBae! They had no idea how many butterflies I had or how nervous I was talking to this random girl.

Tobi: The next day, I got a LinkedIn request from some Apekhade. He #SlidIntoMyDMs and we started talking. We went on a date, which I first thought was a professional meeting. 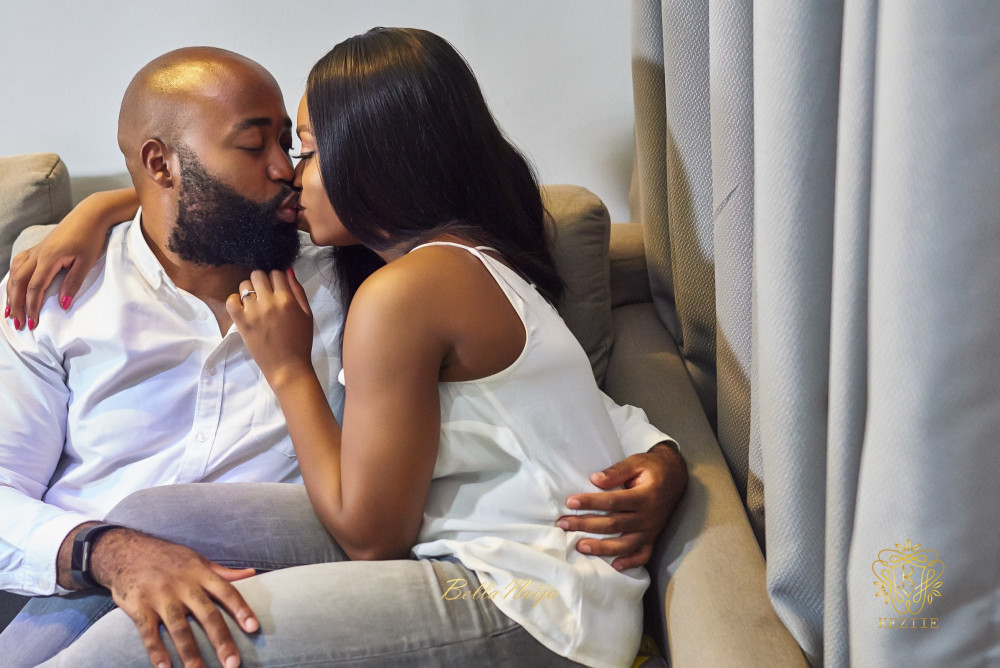 Khade: She actually asked ME out. I said yes. Just because it’s nice to be nice.

Tobi: Stop. The. Lies! A week after we met, he was meant to head back to Dublin but he “mysteriously” changed his flight to stay one more week in Lagos… because of “work”. That was the beginning of the best journey of all time. After he went back to Dublin, I moved to Johannesburg, and we started this crazy long-distance ride.

Khade: 18 months of long-distance, 34 flights and endless hours of FaceTime later, we both moved to Lagos and we’ll officially start the rest of our lives on the Cinco de Mayo! 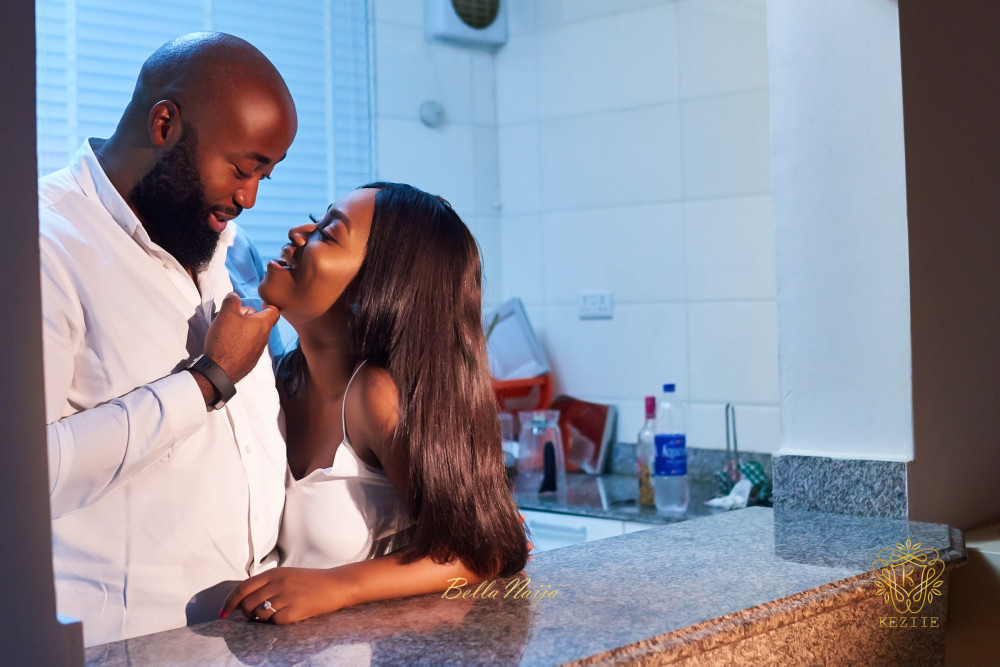 Khade: I had the perfect proposal planned. Book out the venue of our first date – a very small boat club dock, Ed Sheeran vibes from a grand piano, boat whizzes by with ‘will you marry me’ written on a streamer. Tears, diamond, champagne, magic! Floated the idea of hanging out at the place once and she basically said it was trash!

Tobi: Yeah, so that place isn’t cute. It’s lowkey razz and he knows it. 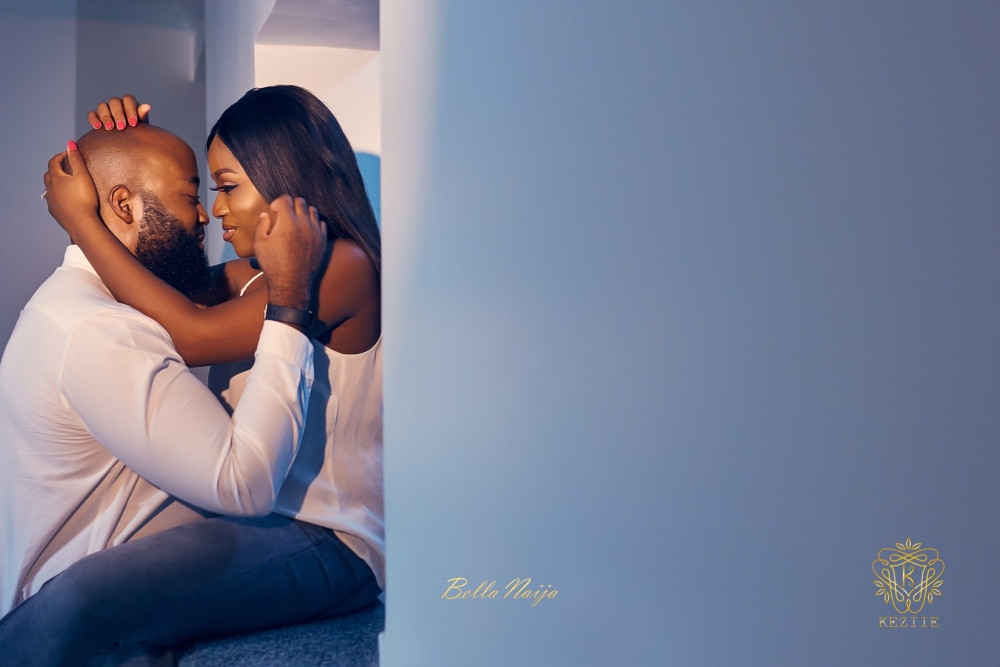 Khade: Whatever. I had to come up with something else.

Tobi: So Khade randomly said we should go visit his friend in Kigali, which I thought was odd because nobody wakes up and books a flight to Rwanda! 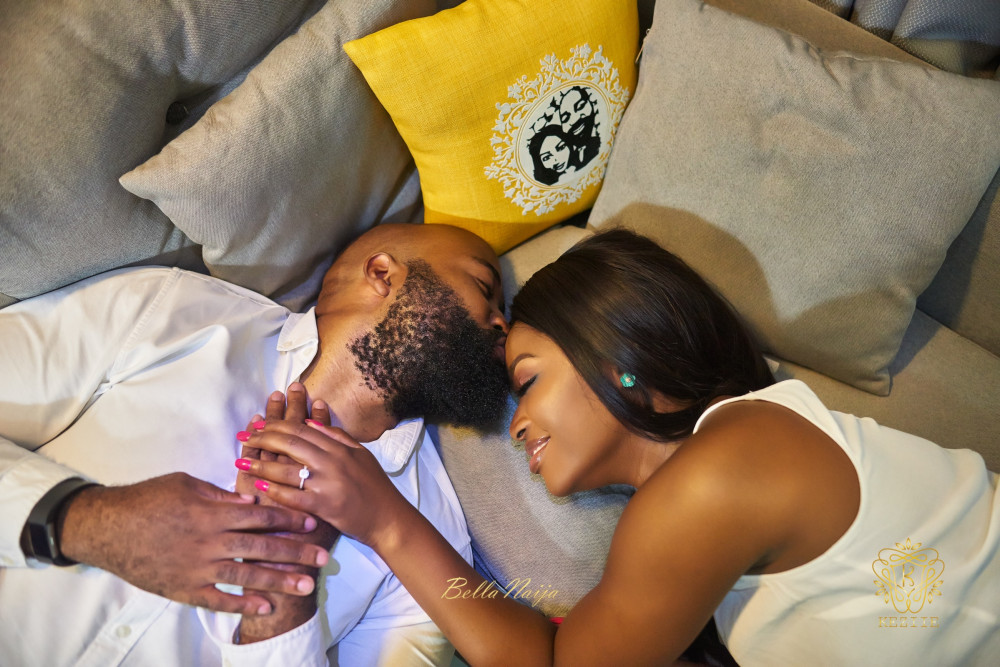 Khade: My friend was in Kigali and I hadn’t seen him in years so it was a great excuse for a weekend getaway. We looked up the map to find other interesting places to visit in Rwanda and landed on Lake Kivu. So off we went for two days in Kigali and after a long drive through some breathtaking landscapes, another two days in lake Kivu.

Tobi: On our final day, he set up a spa treatment, mani-pedi (even had them paint my nails) a boat cruise into the sunset and a romantic candle-lit dinner on the beach. Khade, by default, is extraaaaaaa.com, and he creates amazing experiences on all of our trips. So none of this stood out to me as odd. He spent dinner going down memory lane but again, he loves these DMCs, so I was just happily going with the flow. 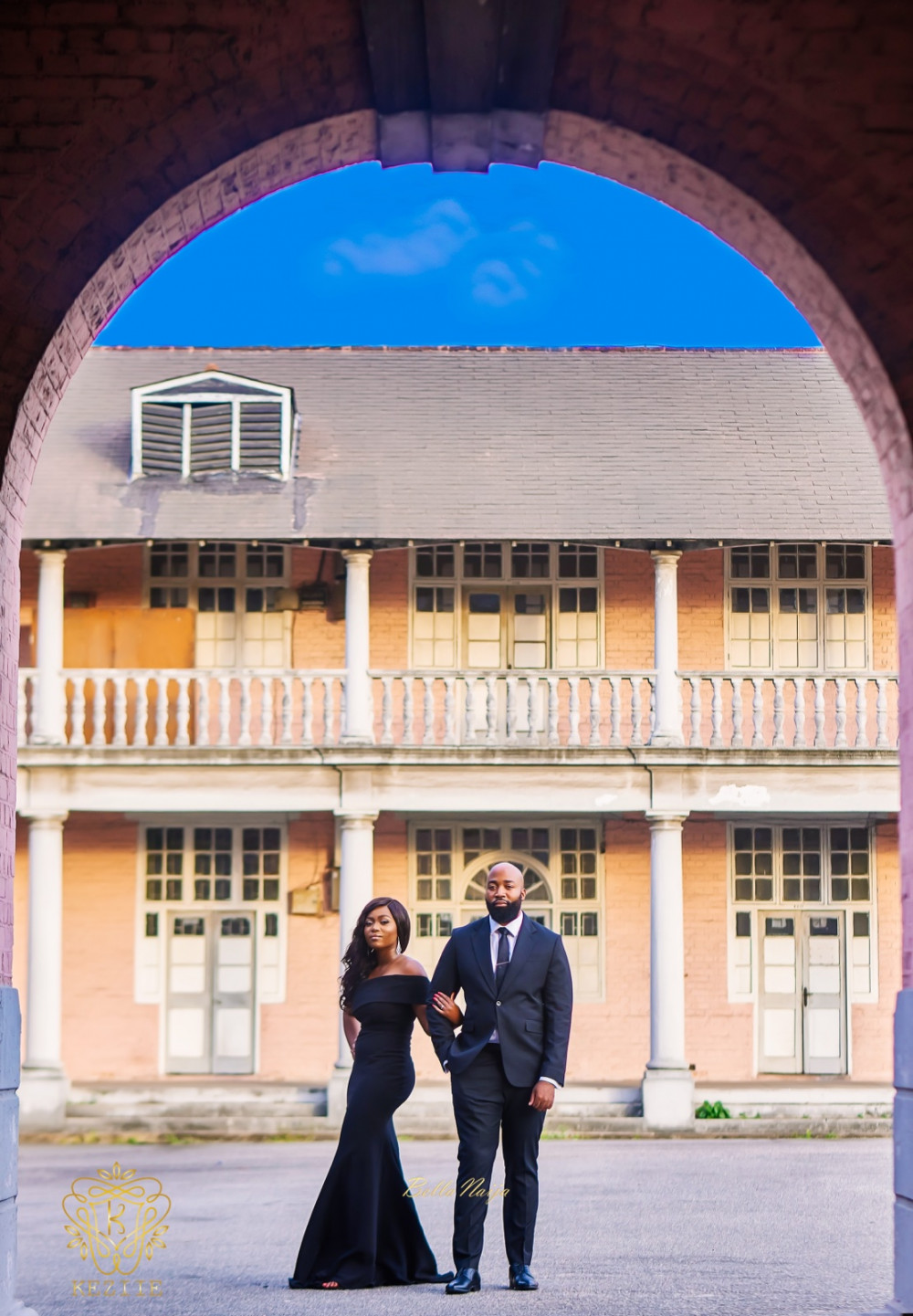 Khade: On the final night, we had the entire beach to ourselves for a candlelit dinner and while we ate, the hotel manager set up the proposal scene on our balcony. After dinner, we strolled back to the room, talking about how far we’d come and where we were going. She went into the room and I headed out to the balcony, hit play on Ed Sheeran, found the ring box, took a deep breath and called her out.

Tobi: I walked out and saw flowers everywhere and music playing and lots of candles. Khade started saying something, but I was so overwhelmed, I actually didn’t hear a word of what he was saying. 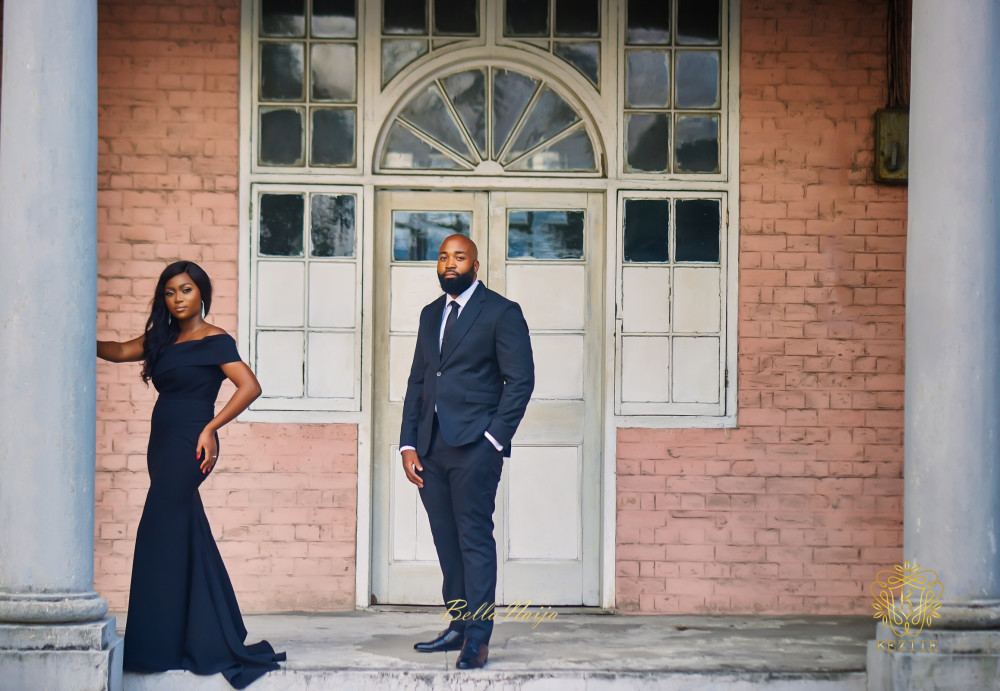 Khade: I had a whole speech prepared and planned to reel it out calmly but I got on one knee and just remember a jumble of words coming out and she just kept repeating ‘what’s happening? What’s happening?’ with tears running down her face. I asked her to marry me and she said yes! I put the ring on her finger, the photographer started snapping, the hotel manager came in with champagne and…

Khade: Forever and ever 🙂 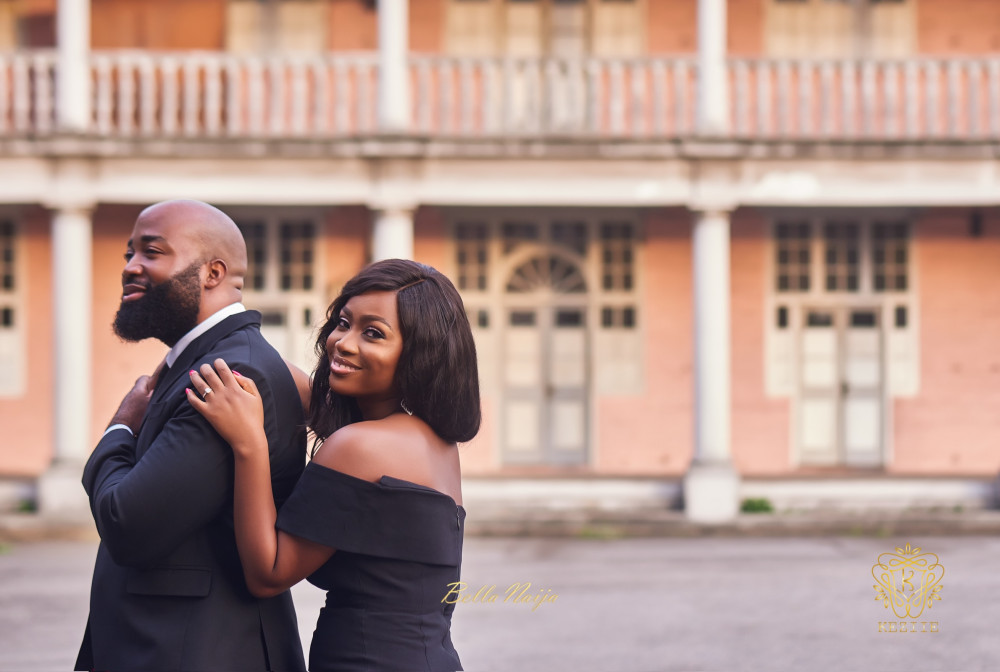 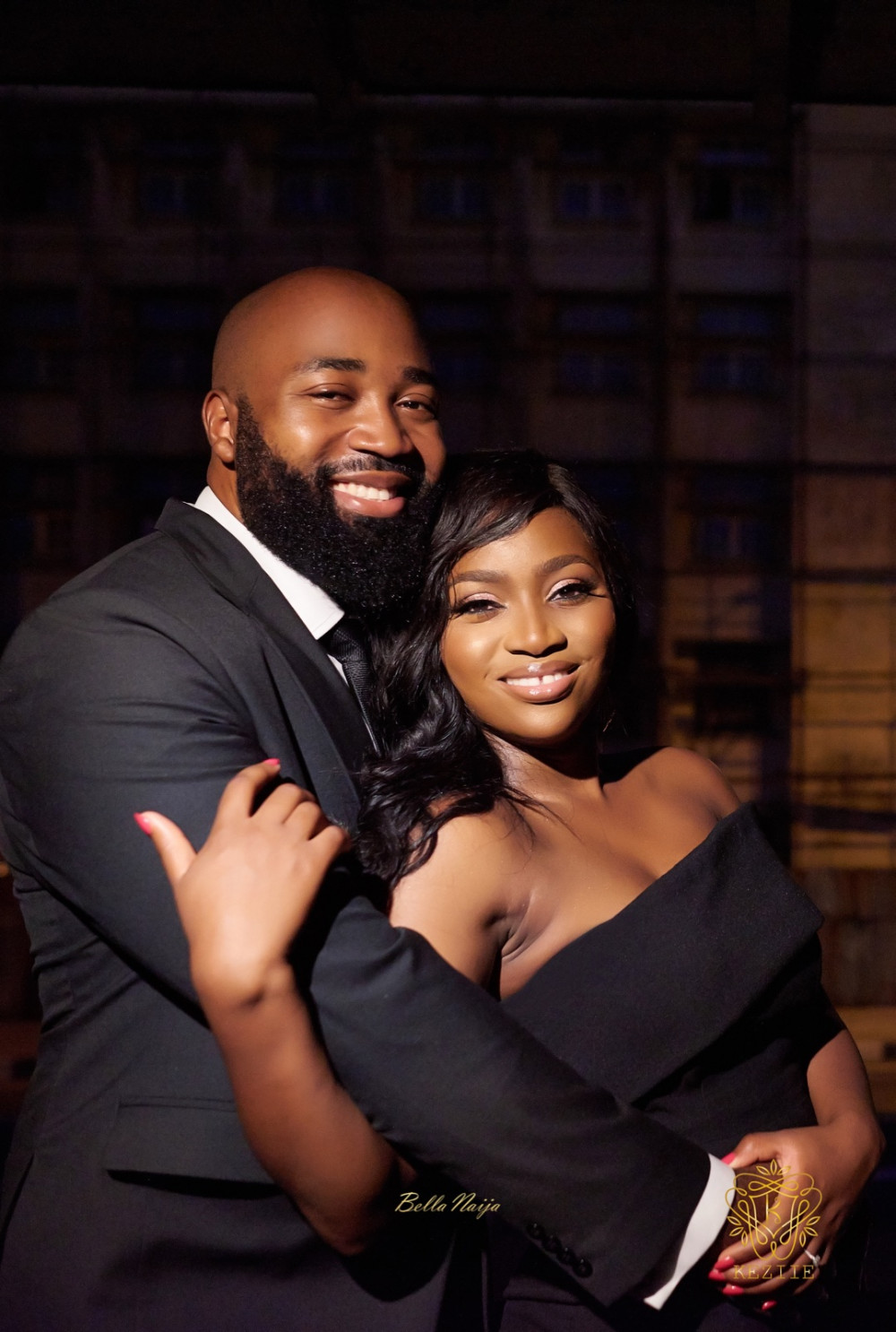 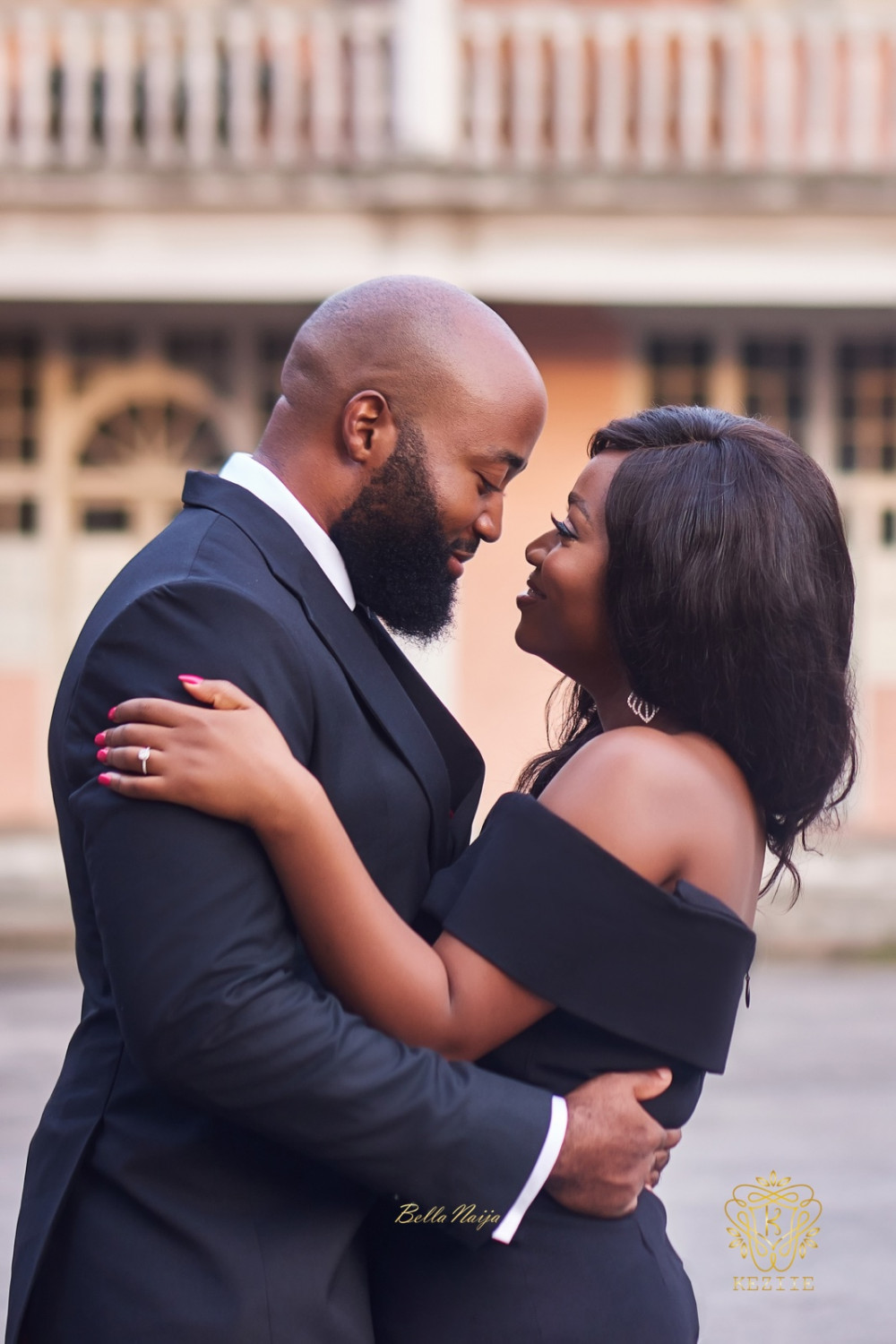 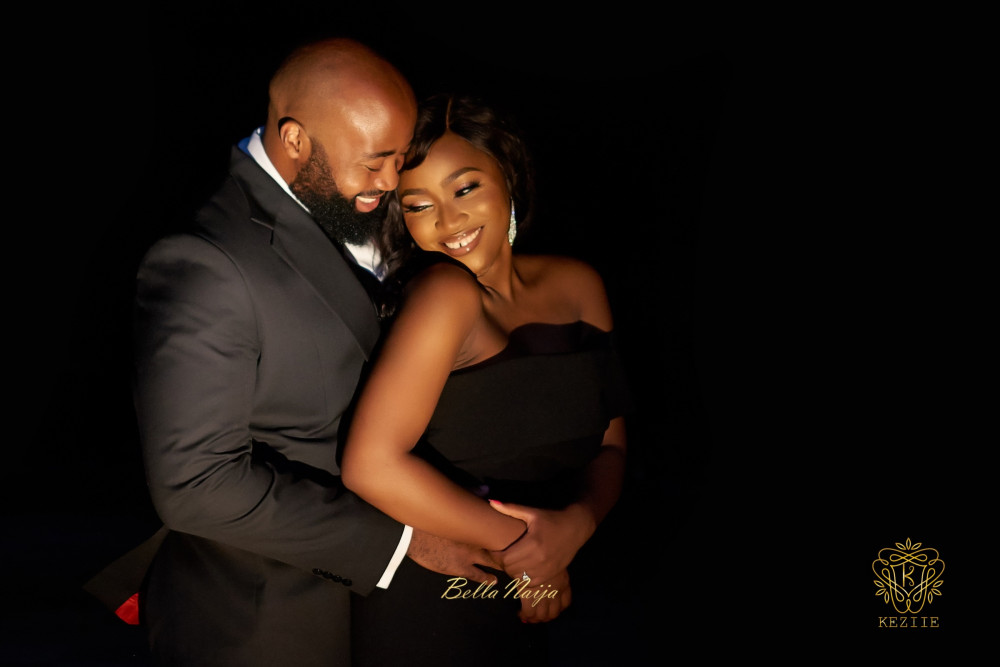 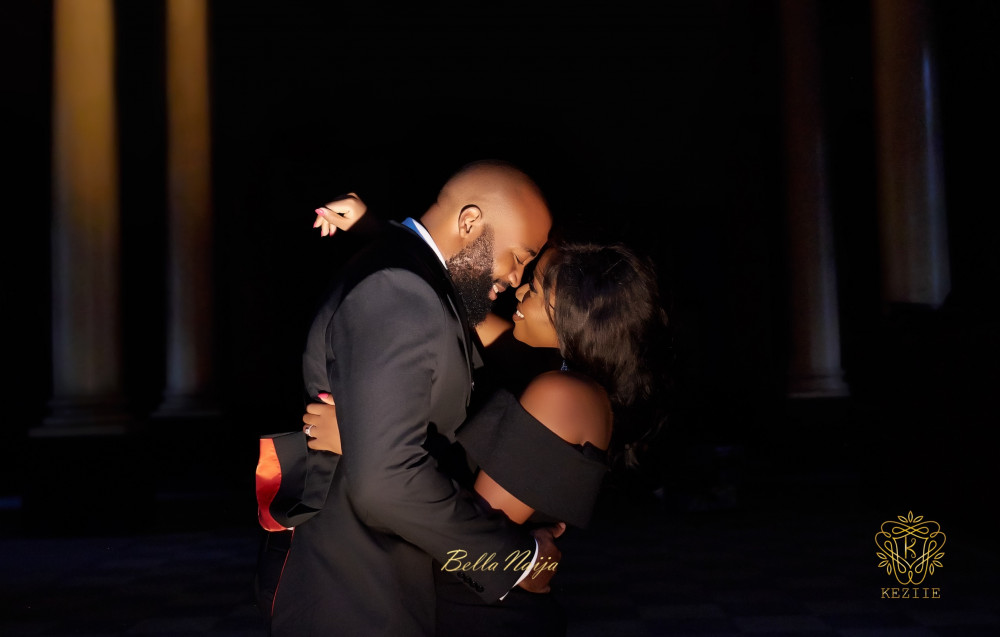 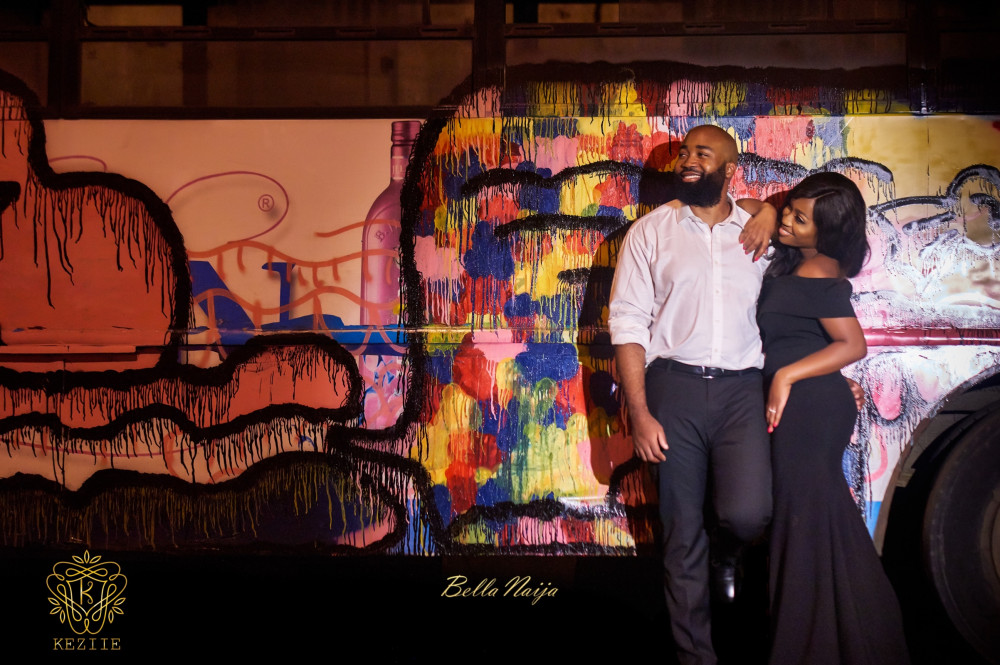 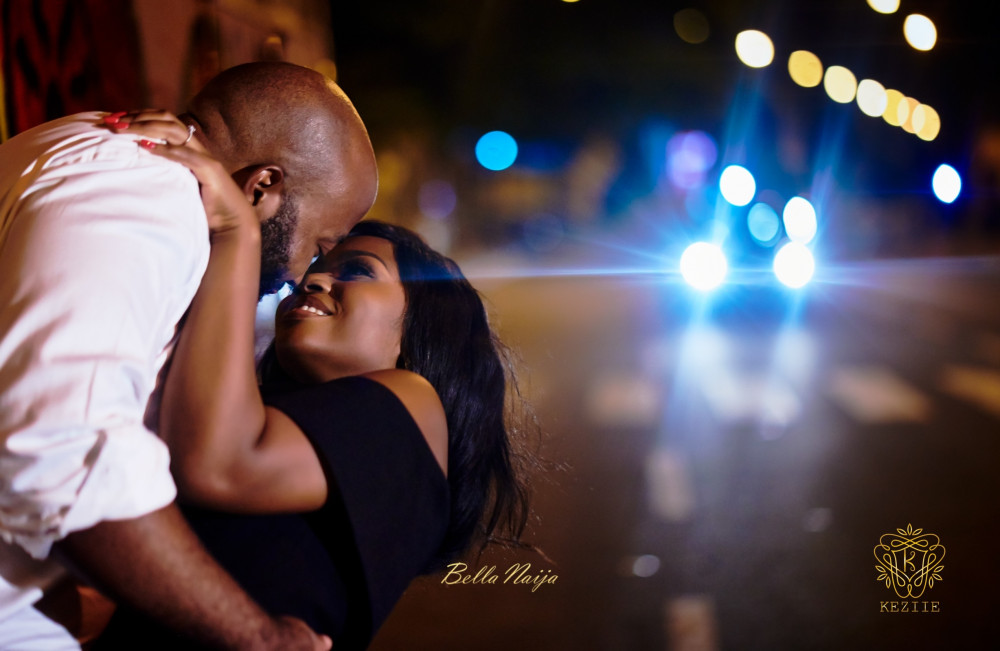 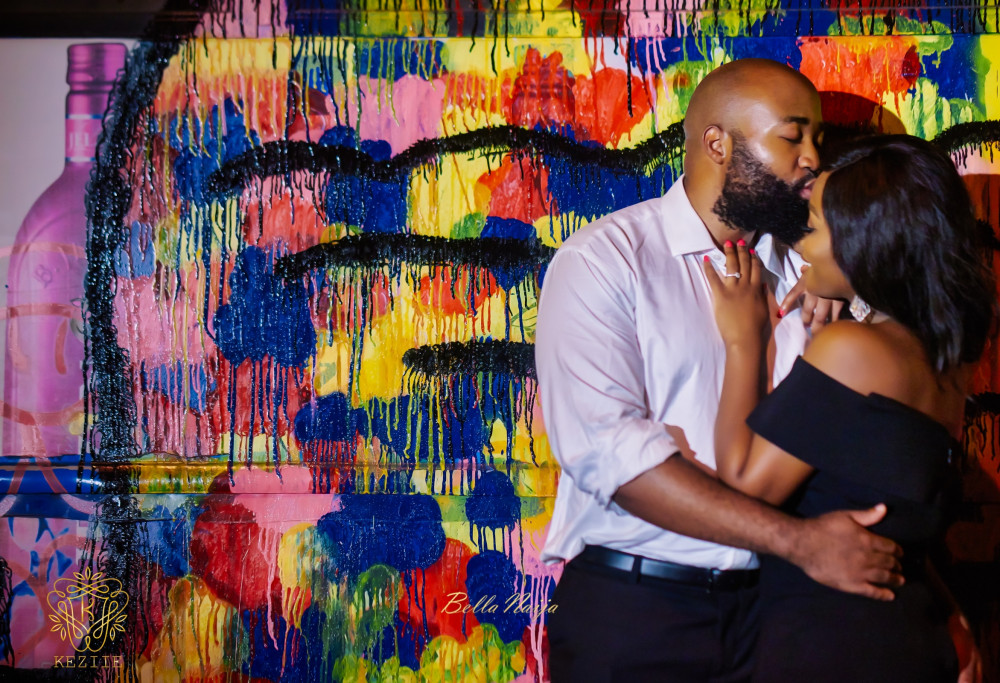