Jean Clare Oge Igwegbe: 3 Things We Can Do to Curb Drug Addiction 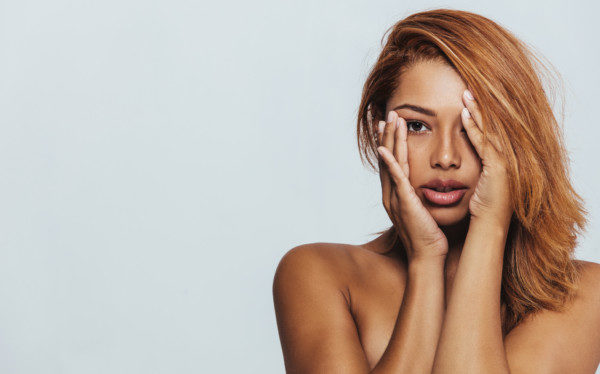 The harsh reality is that the demand for drugs is here to stay. So far, we have failed as a nation in respect to the war on drugs.

The sad thing about the drug epidemic is that it mostly affects children, adolescents and youths. We’ve gotten to the point where children as little as 10 years old abuse substances at the instance of peers, or just simply for the fun of it.

Gone are the days when drug use was popular among a particular gender or group. It is no longer a problem of the elites or children of the elites, as a lot of people are made to believe. People from a lower socio-economic class have discovered ways to feed their addiction and get their desired high.

This is our reality. The shocking list is endless.

The number of families directly affected by the drug epidemic continues to rise. Millions of under-18s in the country continue to indulge, unaware of the dangers. A few who are aware are unable to reach help, they are left with no choice but to continue to feed their addiction.

We need to address this time bomb before it goes off. Taking your kids abroad or to faith-based institutions to run away from the problem are tired ideas. And don’t expect that a ban is the sure way to address the problem either.

I was one of those with mixed reactions when the news of the Codeine ban was made public. I felt the ban was a reactive move (it came on the heels of the BBC documentary), and believe that the ban window-dressed the grave drug problem, having little or no effect in addressing the drug menace.

Codeine is just one of the many drugs in the market. There are many other drugs and legal substances out there that are abused and are just as dangerous as (or are even more dangerous than) codeine.

The ban, if not backed up with other strategies, has the potential of doing more harm. It could lead to the proliferation of new, unknown substances, and empowering the black market financing criminal groups. Drugs would then become more scarce and expensive; abusers then become desperate and more dangerous.

There needs to be an inclusive and comprehensive approach to addressing the epidemic. Curbing the menace of drugs is everybody’s business; we all have responsibilities and roles to play.

Some of the key areas to address include:

Drug Education
The drug problem has been present long before the famous BBC documentary. Not much was done about it asides talking about it. It is time now for us to cut back on the talking and do the actual work. Drug education is very key to prevention. While millions are already using, there are several millions who are not, but eventually will…if we continue to sit and wait for the next person or the government to do something about it.

Evidence-based prevention programs have been proven to be effective in reducing drug initiation and escalation of use when structured properly and targeted at the population with the greatest burden: adolescents and youths. There are hardly any extensive anti-drug awareness programs in Nigeria.

I am starting a campaign on drug use with the objective of creating awareness, supporting victims and their families, and improving access to drug testing services. I will be glad to have more people come on board, so we can work together to build a better future for the younger generation.

Appropriate Laws and Supportive Policies
We need to establish effective policies and review some of the existing ones to ensure that appropriate steps are taken reduce the demand and supply of illicit drugs, as well as to sanitize and strictly regulate the chaotic drug distribution network for prescription drugs. Because of the complexity of the health and safety issues as related to substance use disorders, policymakers should involve diverse stakeholders, including public health, education, law enforcement, science, and healthcare systems.

I am not a proponent for the criminalization of drug users. Users should be subjected to criminalisation laws only if they engaged in criminal activities to feed their addiction. Being addicted to drugs, in my opinion, should not warrant imprisonment. It makes little sense to arrest millions for drug possession annually and put many of them in jail. We do not arrest and imprison alcoholics and cigarette smokers, instead, we offer them help. I see no reason why we shouldn’t do same for people who are addicted to other kinds of drugs. Arrest and imprisonment should be reserved for sellers of illegal drugs instead.

Adequate Treatment Services
We tend to forget that drug addiction is a health problem as much as it is a social problem. Addiction is a brain disease and is considered a mental health problem because it distorts the chemical balance in the brain to cause structural changes.

Individuals who could benefit from treatment are not getting it. Drug Addiction is treatable and people do recover when given evidence-based care. However, because changes in the brain function in these disorders can be long‐lasting, an individual may be at increased risk for relapse even after years of abstinence.

Effective treatment requires a chronic care model, as used for other chronic conditions such as cardiovascular disease or diabetes, which should be integrated into the general health care system and be affordable and accessible.

This is also how we can help someone who is addicted to 10-day old urine, or to other legal substances that are not classified under illegal drugs.

Drug abuse is worse than any other issue confronting us, as it can destroy everything we have now and severely constrain our future. Prevention, treatment, and harm reduction approaches are the best approaches we can take now. Because drugs will always be with us, every individual, family and community should do what it can, to minimize the potential harmful effects.

Ivie Ogbonmwan: You Need to Glam Up that CV