"Do you remember I was once a bus conductor?" - Small Doctor comments on meeting President Buhari 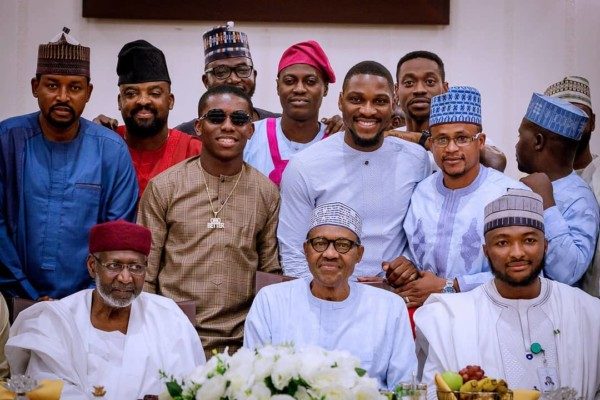 President Muhammadu Buhari had, during Ramadan invited a couple of youths from the entertainment industry to break the fast with him. One of them was singer Small Doctor, who in an interview with Punch has discussed meeting with the president.

Small Doctor said he felt humbled and privileged to meet the president, and it shows his hard work is paying off. He said:

I have always worked hard and my hard work is paying off. I felt humbled and privileged meeting Mr. President. Looking at where I used to be, there has been a major turnaround in my life. Do you remember I was once a bus conductor?

He also commented on the rumoured N2 million the visitors received.

He isn’t aware the president gave anyone N2 million, he said.

I am not aware that the President gave anyone N2m. I was only invited to Aso Rock during the Ramadan period, which I honoured. Have you asked Sound Sultan or Kunle Afolayan and they said Buhari gave us N2m each? Well, I don’t know if they gave anyone but I didn’t collect such money.