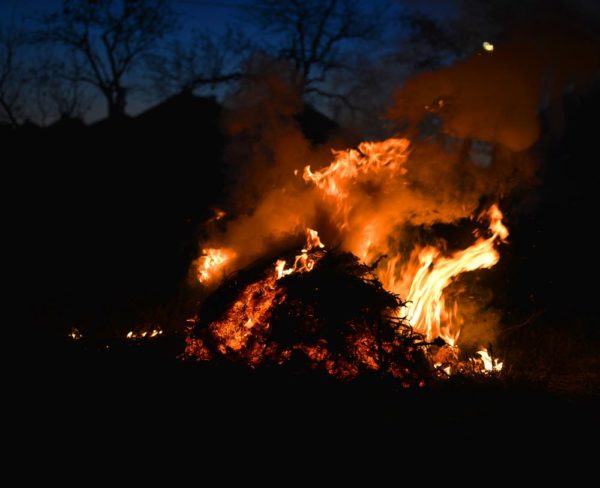 More than 100 people have been reported dead after an attack on three local governments in Plateau State.

According to The Cable, the attacks have been blamed on suspected Fulani herdsmen.

Chairman of the Berom Youth Movement, Ladi Choji, who spoke to newsmen, gave the casualty figure to be over 100. He said:

I believe that this attack was carefully planned by the herdsmen in collaboration with some military personnel who aided the attack.

We have recovered 34 corpses from Gana Ropp and 8 from Gashis while several others have not been recovered.

The corpses would be close to 100 because apart from 42 corpses that we have recovered, we are mobilising people to go into the villages to pick other corpses corpses that have not been recovered.

The Christian Association of Nigeria (CAN) has asked the international community to step in, describing the killings in a statement as “systematic genocide.”

The killings are becoming no longer herders and farmers again but deliberate attempt to conquer and occupy the land of the peoples ancestral heritage.

CAN also note with great pains the dastardly attacks ongoing in many other local government areas in the State by the herdsmen militias.

CAN condemn in the strongest terms the level of continuous genocide of Plateau people. Barkin Ladi is under siege with more more than 200 innocent precious human lives killed and countless driven out in the rains and left without shelter. CAN is also saddened by the news of attack on CAPRO School of Missions (SOM) in Gana-Ropp by the malitia.

CAN had yesterday made a statement concerning the incodent at Mangu Halle as very unfortunate. CAN had condemned the killings of two persons and prayed the Lord to comfort the families.

CAN condemns these unholy act of systematic genocide and sees it as a deliberate attempt to destroy the cultural heritage of Plateau people in particular the most affected areas. CAN calls on the Government to use its might to bring these killings to a stop.

CAN uses this medium to call on the international community to come to the aid of Plateau people as the security seems to be incapable of contending with the challenges. The soil of Plateau is smelling with rotten dead bodies as a result of silent killings and besides many people are missing.

Once again, CAN prays God to grant those that have been massacred eternal rest, and provide comfort to bereaved families and the entire people of the state.

“Do you remember I was once a bus conductor?” – Small Doctor comments on meeting President Buhari