50 Cent Accuses Mayweather of Causing Suicide/Murder of his Friends

#CommonwealthGames2022: We're proud of Chioma Onyekwere & Obiageri Amechi for their major win at the Discus Event 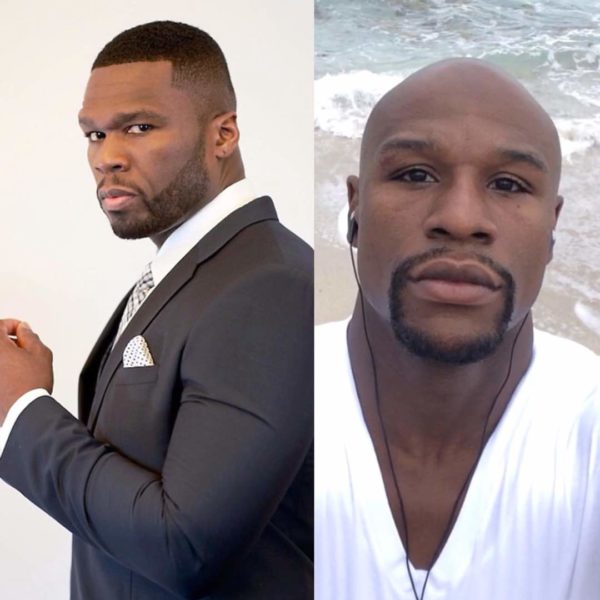 It’s no longer news that rapper 50 Cent and boxing champion Floyd Mayweather are at each others necks again. However, what seemed like a normal online beef has probably taken a nose dive after the rapper accused Mayweather of causing the death of his friends.

50 Cent shared two posts on Instagram of Mayweather pictured with his best friend Earl Hayes, and his wife Stephanie Moseley who died back in 2014 after Hayes shot Stephanie and himself while face-timing Mayweather. 50 implied in one of the posts that Mayweather slept with Stephanie which triggered the murder/suicide.

Tell everybody why you was on FaceTime when he killed Stephanie and himself. Because he was confronting you about f****g his wife. You was pumping all that Trey Songz shit, get the fuck outta here. You didn’t give a f**k you just went to watch the ball game. ?get the strap.

50 Cent’s shocking accusation comes a day after Mayweather told his fans to join a trolling competition offering the 9 best $1000.

“To Enter: 1st, Tell me how many rats are in this picture?

2nd: Go to 50cent IG, twitter and Facebook and post the most disrespectful comment you can possibly think of about The “Herpes Infested Rat” 50cent
3rd: Repost On Your Page #50CentGotHerpes • I Promise… The Top 9 Shots Will Recieve $1,000 Each & A Reposts On My Page