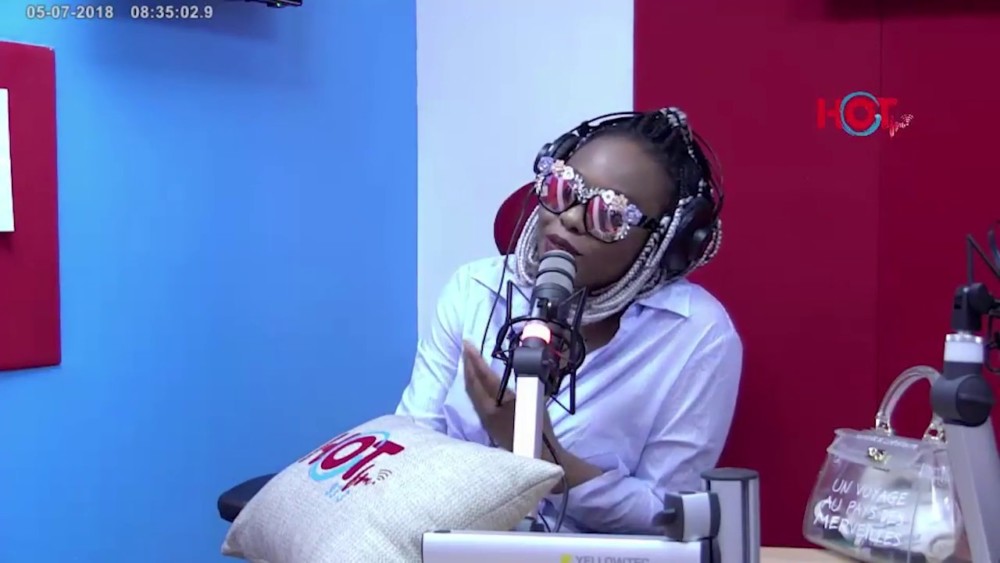 There’s an ongoing debate about women supporting women, and in this case, female musicians in Nigeria supporting other female acts. Also being discussed is the issue of stating your opinion as a broadcaster while on air. There’s also the conversation about the need to respect other people’s opinions.

So, what started all this? Yemi Alade was a guest on Hot Fm’s show The Koffee Gang hosted by Uche Agbai and Misi where she talked about her music, vocal training routine, adjusting to fame, Nigeria’s challenges, touring the world, amongst other things.

Towards the end of the interview, she was asked about what she feels about comparison in the industry and while Uche didn’t want to mention names initially, Yemi Alade asked him to feel free.

He did: he mentioned Tiwa Savage and Seyi Shay but Misi cut in and said “No, I don’t think so. I really do not think so at all. I don’t think they have the range she does. Personally speaking, I’ve heard Tiwa in public… and she shouts. I’m not hating, I’m just stating the facts”.

Yemi Alade proceeded to talk about comparisons where she said she does not compare herself with others and always motivates herself to be better. She then went on to quote an individual who said “there’s actually no number one” and everyone is competing to become number one. This was before she stated that she loves the healthy competition that has been created in the Nigerian music industry.

“The truth is, there’s no number one,” she said, adding that that’s because the top 5 artists in Nigeria can shut down the same capacity venues. Yemi Alade went on to say she also shuts down the same venues Wizkid and Davido shuts down in Africa.

“That’s the truth but not everybody will agree with it. Why don’t we just go ask the promoters, the people who know the numbers?”

While some people feel Yemi Alade’s achievements in Africa are underrated, others feel she should not compare herself with Wizkid and Davido.

Watch the interview below (Controversial part starts from the 28.50 mark):

Well, Misi’s statement didn’t go down well with OAP Dotun of Cool Fm and he took to his Twitter page to state his opinion. Dotun said:

Now I saw the Tiwa story and this is my take on a few OAPs. It is okay to have an opinion but you shouldn’t cos of the ethics but if you must, stop pulling off a “Chalarmagne” on things you know nothing about or things that are clearly not true

The will to be popular amongst a few OAPS cracks me up. It is not by being controversial or daring. I am all of these but be objective while u are at it. The HOT FM lady was desperately a** kissing & it is the trend these days. Ask the right questions, be daring but be objective

Radio has been watered down & mostly by employers who would meet one young girl or guy that can blow phonetic like us forgetting they need to go through the REAL exercise of BROADCASTING. A few of these OAPS forget the word ETHICS. They just want to talk from their a**

As for Yemi, the real reason why women in Nigeria can not boast of the huge numbers in music is cos you don’t support each other. So, all these advocacy of “support our ladies” is a hoax cos you ladies are actually the problem. The guys already love you, so what is the problem?

Enjoy Radio for what it is worth. @TaymiB & I are overly the most controversial on radio but there is a RULE. The rule is say what u know, what is fact, what is objective, what is ethical. As an OAP, u shouldnt have absolute POWER. It is a microphone meant for the people not YOU.

Dotun’s tweets drew the attention of Sensei Uche, who shared a link to the full interview with Dotun. Dotun went on to say:

Sensei I have seen the full interview and have you read what I wrote properly? Let us not turn this to a bant. You were professional and that is okay. We both know what this is about. She was out of line and she can be but not on a watery fact she might have called an opinion

Uche: You’re my guy, and I’m hoping you’re not basing your conclusion on a 10 second clip

Dotun: Bro this is not you are my guy matter. I pointed out a blunder & I am talking generally except you are one of the OAPS I am talking about cos you are not. We know our problems. Let us fix it

Uche: I don’t have time for unnecessary bants Dotun, you know that. My colleague gave her opinion based on what she experienced first hand! And she wasn’t trying to bring Tiwa down in anyway. There are things the whole country wasn’t privy too before we came on air.

Dotun: and what is the whole country privy to? Please I want to know. Sensei stop this cos you are actually sounding a bit out of line. Her reference was not on her opinion on what she saw first hand. She stated it as a FACT and that is very unethical. Watch ur own interview again

Uche: She didn’t state it as fact, she said Tiwa shouts. And then went ahead to talk about her she recently watched her perform at an event. It was her opinion!!!! I didn’t say anything because in my opinion Tiwa doesn’t shout.

Dotun: “Tiwa Shouts” in that context is stated as a fact. If she said “Tiwa shouted at one of her shows” then it is based on an experience and Sensei they are better ways render that. An opinion doesn’t make it a fact! … she was very unprofessional

Uche: And I see no blunder. Because you think it was, doesn’t make it one.

Dotun: Why would you. Sensei calm down my gee. Una blood too dey hot. no be by all these to blow. You all don’t have the formula. Tell her to use your same method. She is over shooting her shot

Uche: We can’t all like the same thing or people. I know people that don’t like Yemi for anything. And that’s their opinion! I don’t tell then that they’re wrong for having an opinion, I just allow them be!

Dotun: Sensei, you are an OAP, don’t concern yourself with who likes this or that. Opinions as a broadcaster is not exactly your place. Read your code of conduct. Stay as neutral as possible & if you must have it, be careful how you state it. RADIO IS NOT ABOUT YOUR PERSONAL FEELINGS

Uche later went on to say:

So respect her opinion! No matter how much you don’t like it. Don’t call the ethics code into this. It doesn’t come into play here. Phew!!! ION… How family and business? We neva catch up since I come back

Dotun replied with the following:

We have caught up so many times. I don see you plenty times and we don hail well well

.. you are still missing the point. This is not about what I like, whether you like it or not we all HAVE a code of conduct. Every profession have rules. U can’t replace that with an opinion.

So, what do y’all think?

BN TV: Learn How to Revamp Table Tops in 3 Easy Steps with this DIY Video from Vlogger Toyosi Gregory-Jonah