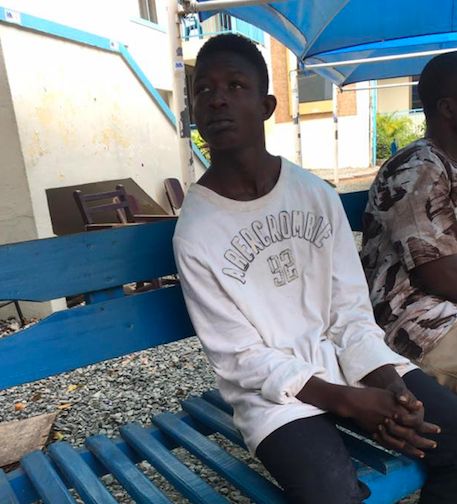 Emmanuel was in the news this week after a journalist claimed he saw him “begging for money on the road”. He was later interviewed by Serwaa Amihere of GHOne.

Strika said he’s not been given access to the $30,000 he made from the movie as promised, since he’s turned 18.

The company released a statement providing details on the welfare facilities and financial support given to him following the movie.

The company says he ran away from school and his guardian’s home prior to the interview. The company said him and another child actor from the movie Justice live together and are on full scholarship paid for by the producers of the movie with contribution from Netflix.

MK Content also clarified Emmanuel’s story about them using GHc10,000 to buy a suit for him. The company said “he meant to say it in the old currency which is ten million, currently GHc1,000.”

The company added that a suit shirt, tie and a pair of shoes for him to attend the Teens Choice Awards in 2016.

The company added that he has a good relationship with co-star Abraham Attah who played the role of Agu in the movie.

He’s now back in their custody, the company said.

We do hope everything works out. 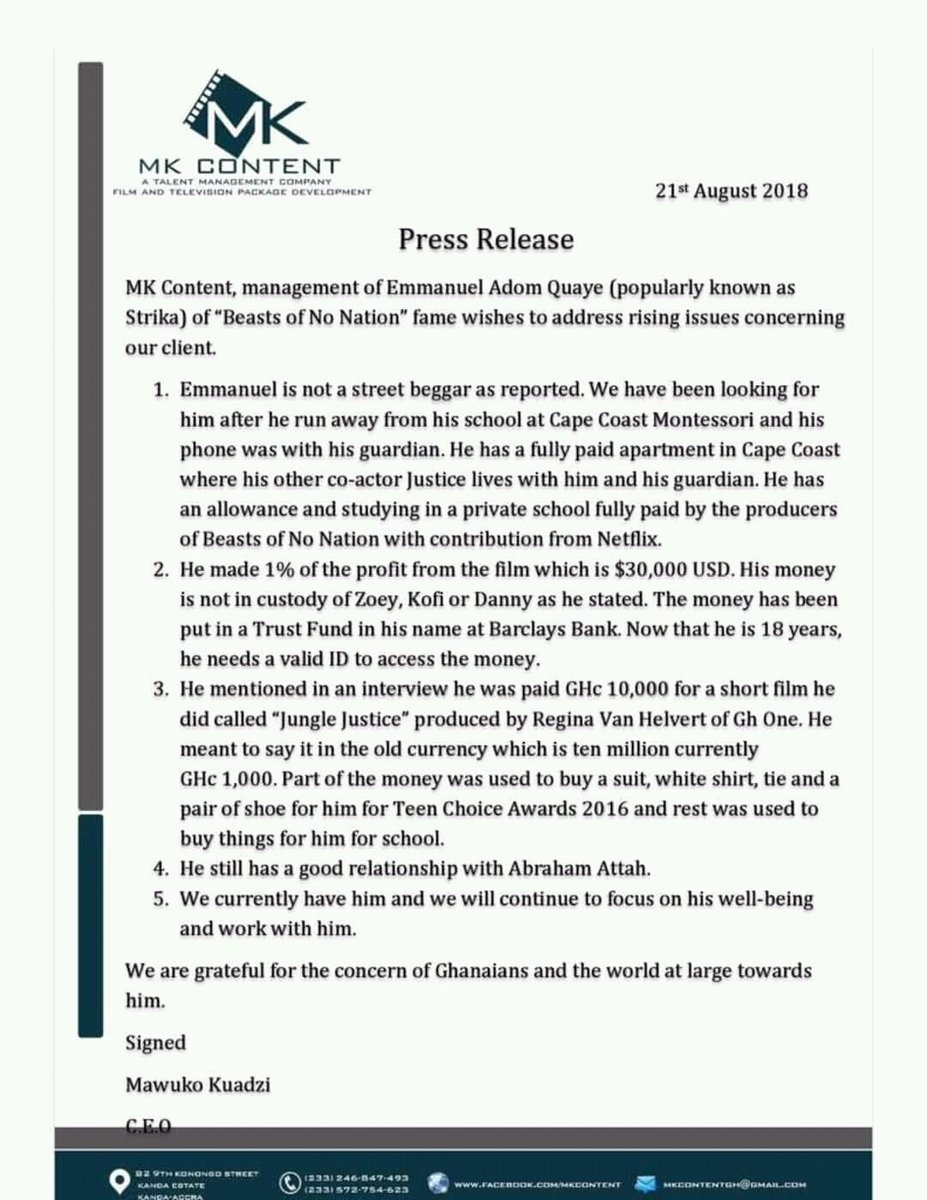