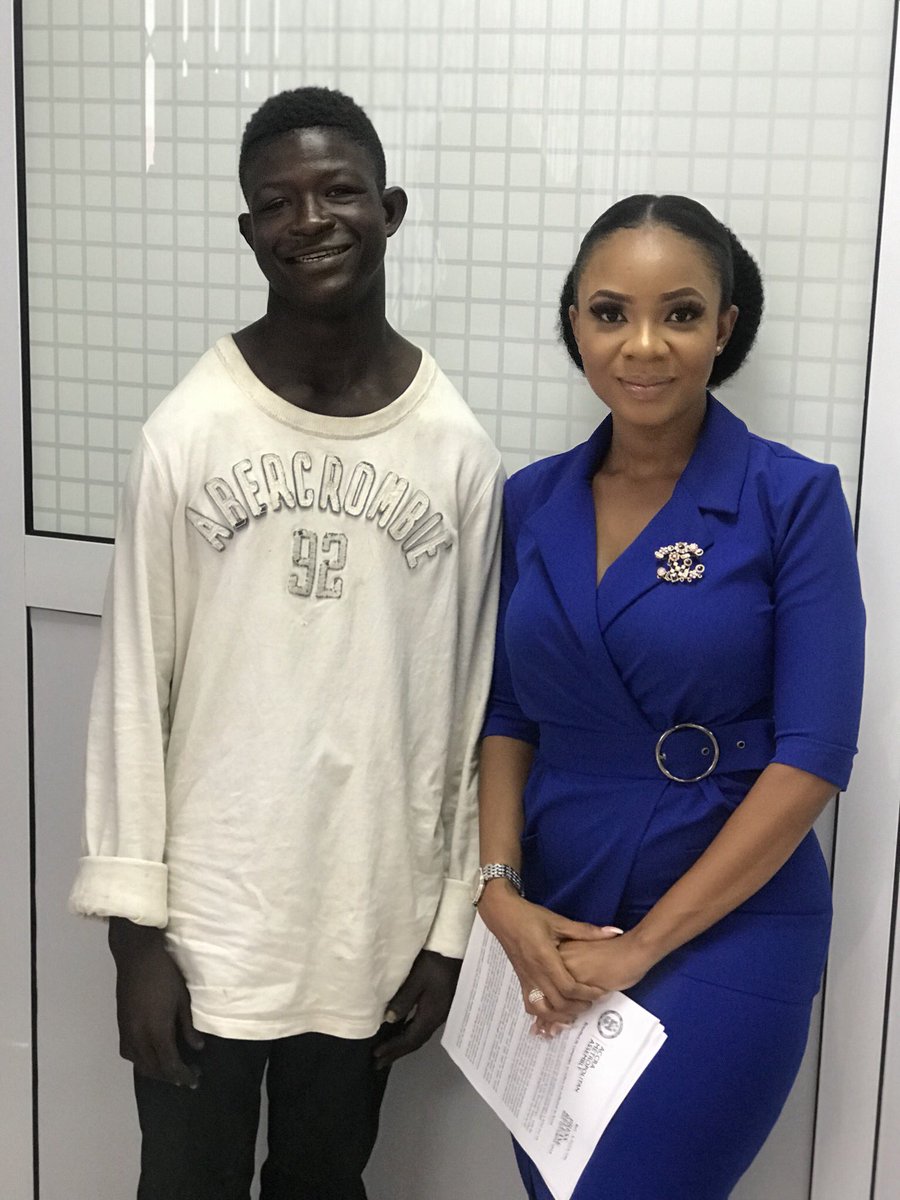 Child actor Emmanuel Quaye, popularly known as Strika, his character in award-winning movie Beasts of No Nation is sharing how life has been for him so far.

According to a journalist Caleb Boye on Facebook, he said he met Emmanuel on his way to the Ghana Institute of Journalism campus “begging for money on the road”.

I am sad this morning.
I was heading to the Ghana Institute of Journalism campus and I met Striker. You would ask who is Striker? Striker starred in the movie Beast of No Nations. The said film that made Abraham Attah.
Today I met him begging for money on the road leading to GIJ. I called him and brought him to campus.
Speaking to him he tells me he now works with a gentleman who sells Yam at Agbogbloshie Market
He stays with his grandma at North Kaneshie.

Emmanuel was later featured on GHOne TV, where he spoke to Serwaa Amihere about the circumstances that led to his present condition.

Emmanuel shared how all the earnings from his roles are locked up in an unknown bank account.

In the interview which was largely in Ga, GHOne said Emmanuel disclosed that a gentleman called ‘Zoey’ in the US received his payment for the movie.

Emmanuel said he was paid 30,000 for his role in the movie, but he doesn’t know if it was in cedis or dollars.

“He opened a bank account with the money but they told me I will be given access to the account when I’m 18 years. I’m now 18,” the media house quoted Strika as saying.

Amihere, in a tweet, added that Emmanuel “was featured in another movie, Jungle Justice and he was paid 10,000 cedis… He said his Manager said he used the money to buy a suit for him. 10,000 cedis???”