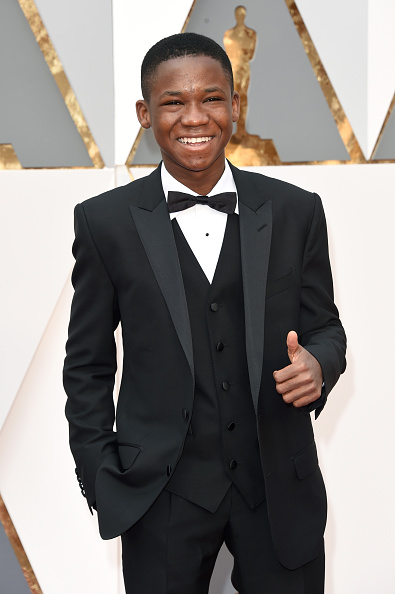 With his feature film debut in Beast of No Nation, 14 year old Ghanaian Actor, Abraham Attah has been on the rise in the international movie industry.

Just recently, he bagged a Netflix scholarship, the Marcello Mastroianni Best Young Actor Award at the 72nd Venice International Film Festival, the Ghana Movie Awards Best Actor in a Leading Role, among others.

He is also expected to feature in Shane Caruth’s third film, The Modern Ocean.

A few days ago, Ghana’s Minister of Tourism, Culture and Creative Arts, Elizabeth Ofosu Agyare hinted that the “Beast of no Nation” Actor will be made Ghana’s Tourism Ambassador. She made the statement while addressing the media launch of the 2016 Okwahu Paragliding Festival.

She said, “We are proud of Abraham Attah at the Ministry of Tourism, Culture and Creative Arts and we think that all of us should pamper him and do our best to make sure all he has achieved takes him far.”

She added that her ministry will also host Master Abraham Attah and some of his friends and family at the festival where she will hold discussions with him on a package that will see him become Ghana’s Tourism Ambassador.

Are you ready for Episode 3 of BET’s “Top Actor Africa”? Watch the Teaser on BN