Yetunde Olasiyan: An Open Letter To Parents Who Walk Out Of Their Children's Lives 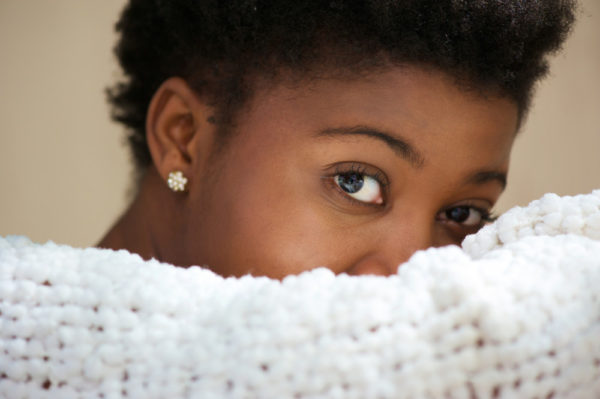 You had a child, then, walked away to start a new life elsewhere, thinking nobody can hold you down.

It happened many years ago and till today, you have never looked back. You eat three square meals, wear designer shirts, get big promotions, travel round the world, but you have a seed somewhere, being cared for by someone else.

You have never cared whether that child eats, goes to school or is well clothed. You think you have won this one so you cover it. No one can hold you to the past. Your conscience has been smeared with a very hot iron.

How do you even sleep at night? Do you think the universe has forgotten? Even if you don’t believe in karma, do you know there’s a law of seed and harvest time that rules the world?

It’s not that you don’t have the means but the truth is, you don’t just want to be tied to anything relating to your youthful excesses out of which a child came forth.

To you, it’s a setback, a disgrace. So you choose the safe path, of bailing. Of pretending it never happened. Of shutting the memory out. You tell yourself that your co-parent is no good.

You bask in the shitty hope that after all, a child would always ask for the absent parent when he/she attains some milestone like grad or marriage. Culture and tradition sold us a lie, making us believe it is some sort of African taboo for an irresponsible biological parent to be replaced by a responsible adopted parent on the day the child attains a milestone in life. But it is no longer so. We have all woken up from that lie. The kids of these days now know better.

How on earth would you ever explain to your child the reason why you abandoned him/her for years?

This culture has been enabled for years by society; the parent then comes back to beg – some, after karma has dealt with them or life has treated them harshly.

I remember Bukky in primary school who came to school in torn clothes throughout the time I knew her. She never had a pair of decent shoes, only because her parent walked away and left her behind. She lived with stepmother whose son also attended the same school, but was always looking good. Bukky was the glorified house help.

Even Aishat too, who was always looking sad. Raised by her grandmother who always took out her anger on the poor girl. She came to school to drag her out sometimes. These kids never had books. They were the ones to be sent home for school fees.

I have been raised by both parents,  so I cannot really know what abandoned children go through in life. I know it won’t be easy. Some have been given their mother’s family name to make life easier.

I didn’t have to go through life lying that my father was dead(when he was alive) or travelled abroad just to excuse his irresponsibility among friends.

So I know it must be deeply painful. With the kind of love my father gave me, if I had later been told that he wasn’t my biological father, God knows I would never have gone anywhere looking for the errant one.

There is always a day of reckoning. A day when all you’ve built your life on, people you’ve depended so much on will fail you. You’d want to retrace your steps. But it would be too late. No one can regain wasted years. No one can rewind the hands of time.

As time is passing swiftly by, today we are here, tomorrow we may not be around, what footprints are you leaving on the sands of time?

Eventually, when you open your eyes on another side of the divide, who would welcome an errant child who abandoned his own while living? Would you wake up to a rousing welcome or to regret and foreboding darkness?

#PVCitizen: Go get your PVC!

Adefolake Adekola: That Naira Note Can Give You Diseases