"Well, he's a player" - Kanye West jokes about being Worried Kim Kardashian was Around Trump | WATCH 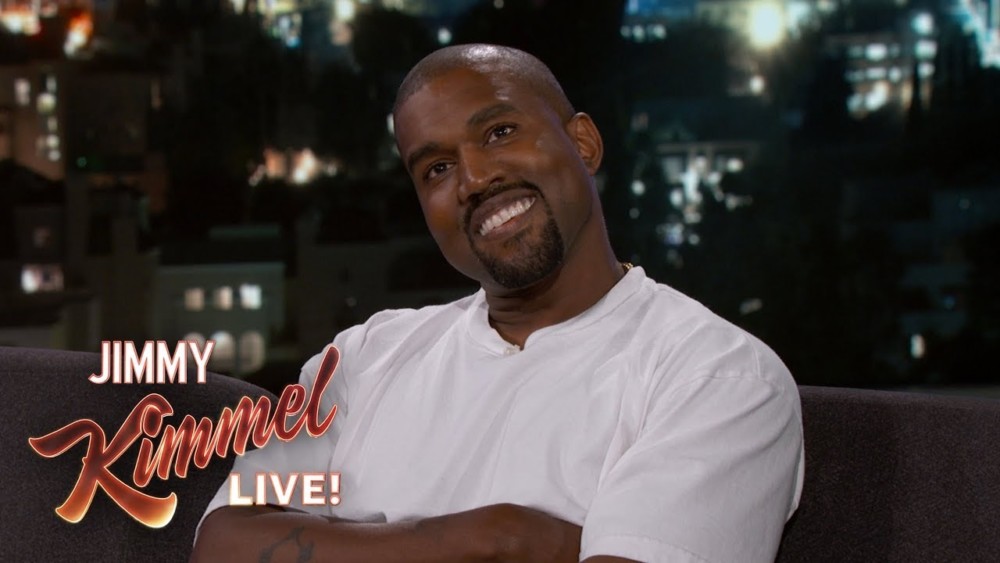 Rapper/designer Kanye West was a guest on Jimmy Kimmel Live where he talked to host Jimmy Kimmel about starting out, politics in America, and his family.

West shared how he began as a visual artist and when he said he wanted to go into music, people told him it wouldn’t work out for him, but he went on instead. He began producing and selling beats to rappers including JAY-Z, he said.

On how he felt about his wife Kim Kardashian West meeting President Donald Trump on behalf of a 62-year-old great-grandmother who was incarcerated for 22 years, he said:

“She’s super passionate about it and it was amazing for her to see that dream come true.”

When Kimmel asked if he was ever concerned Kim was alone with Trump in the Oval office, West laughed and said: “Well, he’s a player”.

Watch video below (the joke starts from the 3.00 mark):

On why he says he likes Trump, Kanye said:

You know, it’s funny, in this world that we live in there’s two main motivating forces. I tweet about it all the time: love and fear. you can’t explain love.

My cousin is locked up for murder. I love him, he still did a bad thing but I still love him. As a musician, an African American guy on Hollywood, all these different things, everyone around me tried to pick my candidate for me,” West said. “And they told me every time I said I liked Trump I couldn’t say it out loud or my career would be over, I’d get kicked out of the black community because blacks are only supposed to have a monolithic thought, we can only be Democrats.

I said it right before I went to the hospital and when I came out I had lost my confidence. The confidence to take on the world and the possible backlash. It took me a year and a half to have the confidence to stand up and put on the hat no matter what the consequences were,” he said, referring to when he showed off his “Make America Great Again” hat.