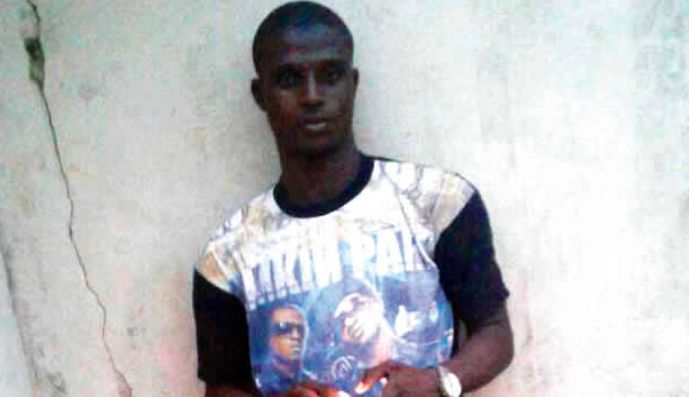 The Lagos State Police Command is currently investigating the death of one Tobiloba Osho who lives in the Alakuko area of the state.

According to Punch, Tobiloba was allegedly killed by one Samson Michael during a fight after a teenager accused him (Michael) of sexual assault.

The 17-year old girl who lives in a church in the area led by her father Samson Enitan, had reported Samson to her father, mother and Tobiloba, saying he assaulted her while she was sleeping.

I was praying in the church that morning when my daughter reported to me that my in-law, Samson, fondled her pants in the night. I told her to report him to his mother, who lives in the building at the back of the church and I resumed my prayer.

I was at it when I heard Samson and my daughter exchanging words outside. I stopped the prayer and intervened.  By the time I got there, he had beaten her. As I was trying to settle the issue, Tobiloba came and confronted Samson over the same matter.  They started fighting, smashing each other on the ground.

I could not separate them. At a point, they both left each other and rushed to pick weapons. While Tobiloba went for a broken bottle, Samson got a knife as they continued fighting. After more effort, I was able to collect the knife from Samson and I went to keep it inside a hole in the church window. Before I came back,  Tobiloba had slumped in front of the church. I cannot explain how he was stabbed.

We rushed him to three different hospitals before he died at the general hospital.

Narrating his own side of the story, Tobiloba’s neighbour who identified himself as Kola said:

Samson (Michael) was an in-law of the pastor. His sister is the pastor’s wife. The girl in question is the pastor’s daughter from his first marriage. Samson and the girl usually sleep in the church.

That Thursday morning, the girl told Tobiloba (Osho) that Samson touched her pants while she was asleep in the night. After a few hours, I heard Tobiloba and Samson exchanging words over the issue. I was in the bathroom. I asked Tobiloba to be patient and wait for me.

Before I came out, they had started fighting each other. Tobiloba was holding a broken bottle while Samson was armed with a knife.  Before I could come close to them, Tobiloba had been stabbed in the chest. He died at the Ota General Hospital. His parents live around Sango Ota.

The case has been transferred to the State Criminal Investigation Department, Yaba for further investigation, according to the state’s Police Public Relations Officer, CSP Chike Oti.