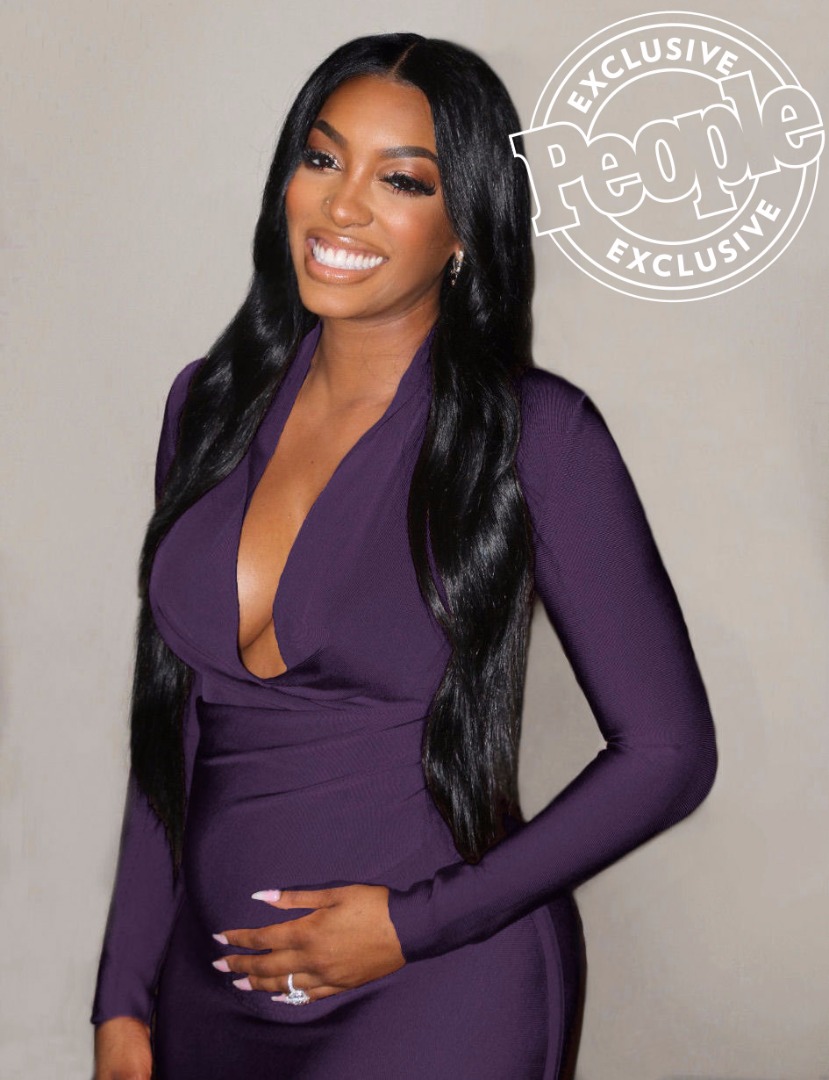 Six years after suffering a miscarriage, Real Housewives of Atlanta star, Porsha Williams is going to be a mom! According to People, the actress is a few months gone and is already sporting a cute bump.

However, it’s not a smooth ride for the 37-year-old star who revealed that the news of her pregnancy was met with mixed feelings.

When I found out I was pregnant, I was excited [but] I had mixed feelings. The other feeling that I had beside excitement was fear. I’ve had a miscarriage before in my past, which I’ve also been open about because I suffer with fibroids and had to have a myomectomy. So just the fear of, ‘Is the baby going to be okay? Will I make it full term?’ All those questions that you ask if you’ve had a miscarriage before.”

On expecting the child with her boyfriend Dennis McKinley, she said: “The thought of me getting that blessing after praying for it for so long and getting that blessing with someone who is just as excited as me — it’s Dennis’ first child, just like me — and it’s something we’ve both always wanted … It’s like a dream come true. I believe he’s probably shed more tears during the process than me.”

Related Topics:PeoplePorsha WilliamsThe Real Housewives of Atlanta
Up Next

Moschino collaborates with Wizkid for partnership with Ciroc