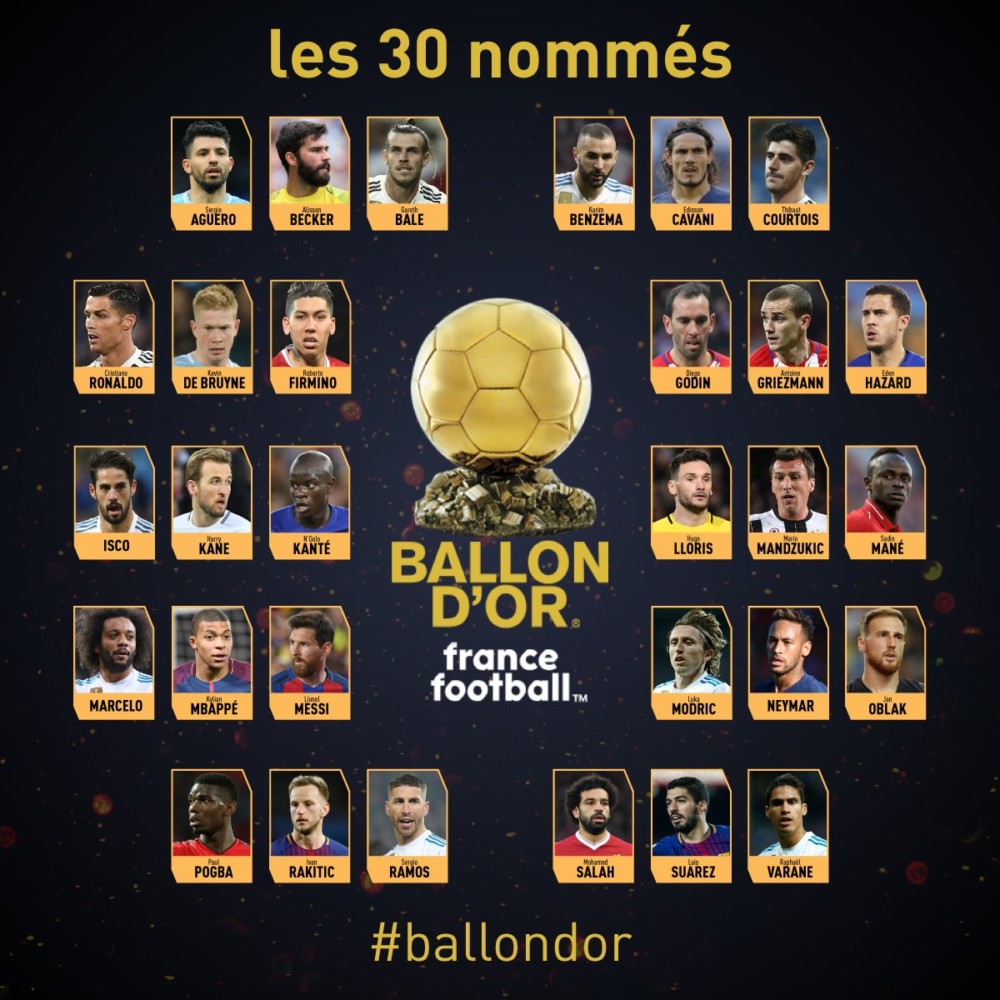 France Football has released the 30-player shortlist for its Ballon d’Or award for 2018.

The two African players on the list are Egypt’s Mohamed Salah and Senegal’s Sadio Mane who both play for Liverpool.

Cristiano Ronaldo has won the last two editions of the Ballon d’Or.

The award ceremony is scheduled to hold on December 3rd in Paris.

“We need to trade with ourselves” – Dangote on Deepening African Economy

Peter Nielsen had threatened to Kill Alizee in 2017 – Driver