Peter Nielsen had threatened to Kill Alizee in 2017 - Driver 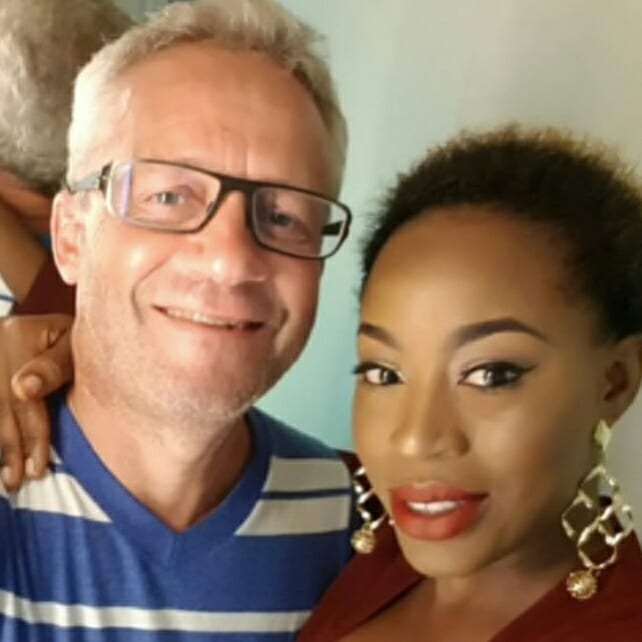 On Monday, hearing continued on the murder case against a Danish citizen Peter Nielsen who is alleged to have murdered his wife, singer Ali Zainab Nielsen, popularly known as Alizee and 4-year old daughter Petra Nielsen.

According to The Nation, a Lagos High Court in Igbosere heard that Peter had in August 2017, threatened to kill Alizee and Petra while drunk.

The prosecution, led by Adeniji Kazeem, the Attorney General of Lagos and Commissioner for Justice examined its first witness Daniel Simon Joel, the family’s driver.

“In August 2017, the wife of Mr Nielsen came to the drivers’ lodge at Bella Vista Tower around 1am, banging on the door, calling me ‘Daniel! Daniel! Daniel!’ She said I should call the security guards, that Mr Peter was running mad at her, that he wanted to kill her.

I opened the door, I saw Mrs Zainab standing with Petra. She said I should call security and the people around, that he was running mad.

She said I should look at her face. She showed me her face, that Oga wanted to kill her. Then I called security; they responded that they received a call earlier. Then we all went to the house. We saw Mr Peter at the house.

Madam Zainab was telling us that Mr Peter wanted to kill her so she did not want to stay with him anymore, that the marriage was over,” Daniel said.

Daniel said Peter was arrested but he was released later.

Daniel said Nielsen told him he had been drinking the night he threatened his wife.

When Shasore asked Daniel if he said anything to him, Daniel responded: “Mr Peter told me that he was drunk. When Mr Peter saw us heading to the house, he came to meet us. That was when he told me, ‘Daniel, I am drunk.'”

He said that he saw the deceased smoke cigarettes but that he never saw the defendant take Cocaine.

Justice Mobolanle Okikiolu-Ighile adjourned the case till October 9 and directed that the defendant be remanded in prison.

Watch Oby Ezekwesili speak on Why she’s Running for President