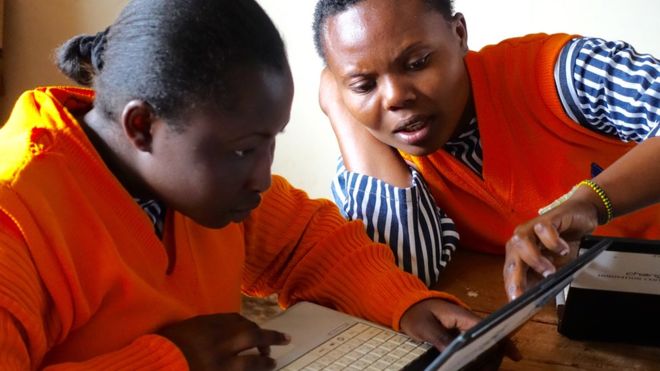 Mokaya, who is also a tutorial fellow at Jomo Kenyatta University of Agriculture, has through his organisation, trained 21 women so far and hopes to expand to every prison in Kenya.

60-80% of all inmates in Kenya will reoffend and land back in jail, according to Kenya Prisons’ statistics from 2014.

Mokaya’s organisation is working to reduce this.

“If they are denied opportunities and chances to actually get into a space where they can make something of themselves we are basically setting them up to fail,” Mokoya said. 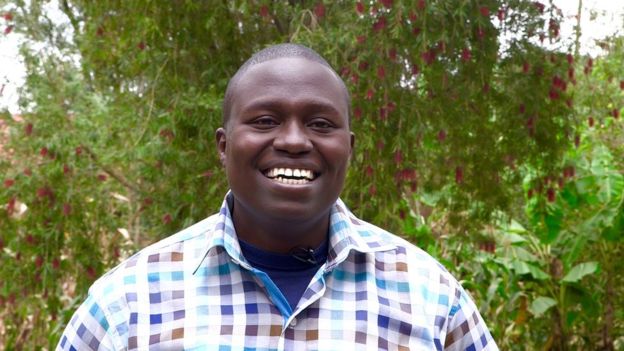 One of the beneficiaries, Dorcus, 44 who is due to be released later this month after serving half of her 3 and half-year sentence fr forgery had this to say:

When I came to prison I didn’t know computers. Now I can do anything. I can even create you a computer.

I have five children and I’m a widow, so going back to those children is the most important thing to me.

I won’t be moving around having dust on my feet as I don’t have a car.

It will change my life. I will be saving time and money.

Another beneficiary Rahab Nyawira, 35, who was released this year and now runs her catering business is also thankful and grateful she’s making her three children proud.

“There’s nothing you can compare with prison. Prison is the worst place to be but for me it was my turning point.

My website, I can say, it is my superpower in my business. It helps me meet new clients online everywhere in Kenya.

I learnt so many things through Change Hub. I was introduced to HTML, CSS and Javascript. For my website I coded everything myself.

When my daughter sees me now, I feel so proud,” she said.

On why he chose to start with a women’s prison, Mokaya said:

There’s a gender bias when it comes to technology.

If I’m able to impact the life of one woman it means you know there is a knock-on effect. It’s even a chance for her kids to get exposed to that programming early on.

When you talk about wanting to do a technology project everyone says why don’t you go to the men’s prison, or the juvenile prison?

I look at that and say yes it’s important, but it’s secondary. We will get there once we get it right at the women’s prison.