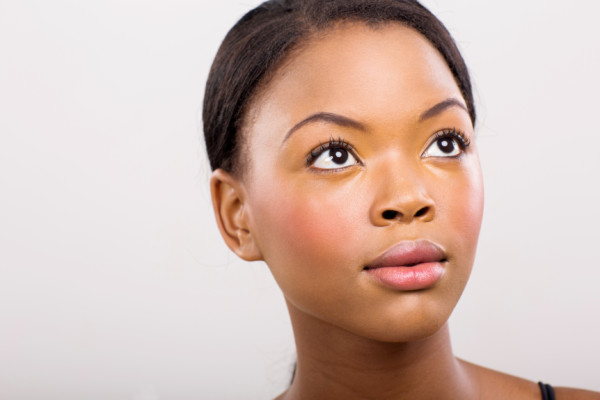 Last week at a photo shoot, I was having a discussion with the photographer about my leg and why I have a bandage on it. A few minutes into the conversation, he said “I hope you’re living your life.”  I replied: “I just started living last year.”

Here I was at a photo shoot with one of the best stylists, makeup artists, hair stylists and photographers in the country! I would never have thought years ago that it could ever be a reality.

Sitting there with the photographer, selecting the photos I loved from the shoot, it was clear to me that I had started a new chapter of my life. I had started to experience things I could only dream of. In the space of a year I had done so much, most of the things I thought I had lost were being restored back to me and I was the happiest I had been in years.

My story can be likened to that of Job who suffered calamities but persevered and was determined to come out of it victorious.  My life now is a testimony, but it wouldn’t have been if I had given up unto my adversity and allowed it to consume me. There were so many days I wanted to throw in the towel and just “curse God and die” but after everything I had been through, it didn’t make sense that I’d just die and not get to see the light at the end of the tunnel.

Cinderella lived everyday believing that her prince was out there waiting for her, even with everything her step mother and step sisters did to her, she re-paid them back with love and kindness. She persevered and never stopped believing. In the end, her faith, belief and determination paid off. I always took a cue from that story and told myself that my sores were my wicked step mother and sisters and If I continued to believe and hold on, I would be free of them one day; I guess that’s why Cinderella is my favorite cartoon.

Whatever difficult situation you find yourself in will surely come to an end if you can only believe it in your heart. All you need is faith as tiny as a mustard seed and God will see you through.  It’s not as easy as it sounds, I know. There are days when you will feel discouraged and days when it feels like you’re about to drown in a sea of problems.  In those moments think of your dreams, hopes and aspirations, and how happy you will feel when they come through and determine in your mind to see them actualized.

Not everyone you started the year with has made it to the end, but if you’re reading this there is something you are here to accomplish; there is a reason your life is being preserved and there is definitely a destiny you are yet to fulfill. As the year comes to an end look to the New Year with renewed hope, believe and faith.  Trust that your life will turn around for the better and you won’t remain in the same position or situation forever.

Today, I have a story to tell because I endured till the end of the last chapter.  Every story has a beginning and an end and whatever goes up must definitely come down. A few bad chapters does not mean your story is over. Your new chapter is just a couple of pages away and very soon when you share your story you’ll say, “Once upon a time, I …..”