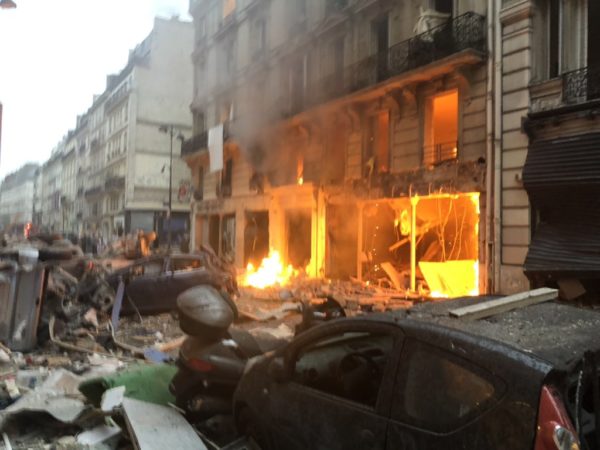 What is believed to be a gas leak in Paris, France, has caused an explosion that has injured several people.

Destruction for blocks after an explosion on rue de trévise pic.twitter.com/GsrLqyasQA

The fire is believed to have started at a bakery, and Al-Jazeera reports that firefighters were at the scene of the blast on Rue Trevise.

Several injuries have been reported from the blast, but no deaths.