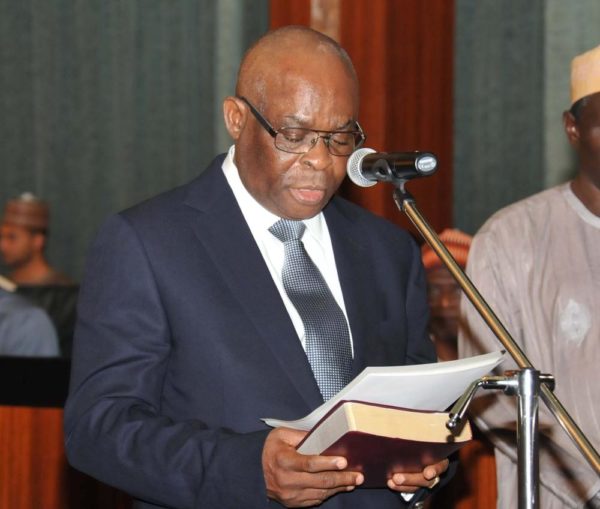 Suspended Chief Justice of Nigeria Walter Onnoghen has sued the Federal Government for suspending him.

The Cable reports that Onnoghen filed the suit as the chief justice of Nigeria through his lawyers Wole Olanipekun, Adegboyega Awomolo, Kanu Agabi and James Onoja.

The suit read in part:

The chairman and a member of the Code of Conduct Tribunal erred in law and violated the right of the appellant (Onnoghen) to a fair hearing when they made the order ex parte that he (Onnoghen) shall step aside as CJN and Chairman of the National Judicial Council over allegations of contravening provisions of the Code of Conduct and Tribunal Act Cap C15 Laws of the Federation 2004 pending the determination of the motion on notice dated January 10, 2019.

President Muhammadu Buhari had on Friday suspended Onnoghen, citing an order by the Code of Conduct Tribunal.