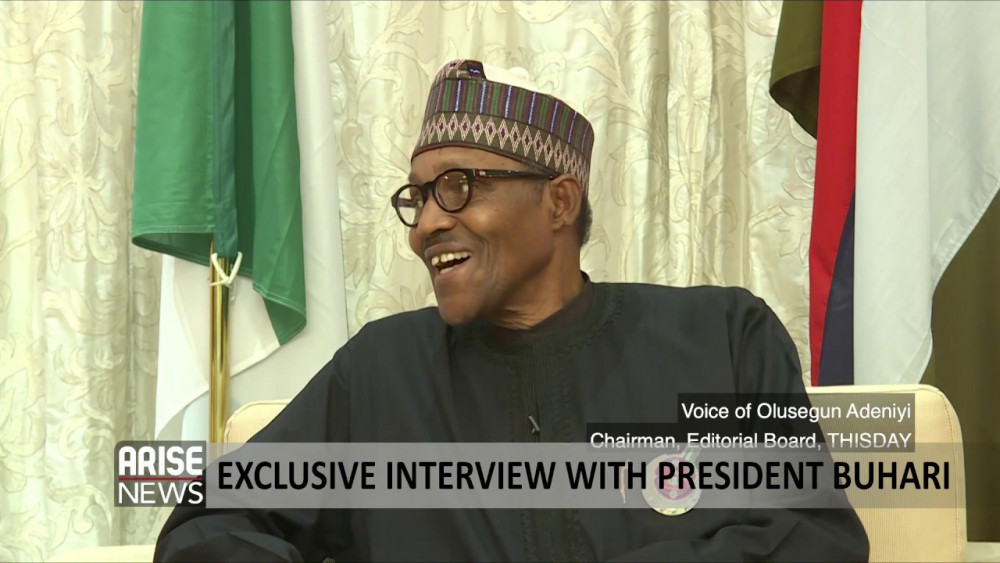 Arise TV has released a video interview it had with President Muhammadu Buhari recently. The interview is part of the channel’s one-on-one discussions with presidential aspirants.

The channel says that Buhari declined to have a live interview opting for a recorded session.

The team of interviewers (Eniola Bello, Managing Director of ThisDay newspaper; Kayode Komolafe, the Deputy Managing Director of ThisDay newspaper; and Segun Adeniyi, chairman of ThisDay Board of Editors) also said that after they ran a story promoting the interview, the presidency called and said the team will not be allowed to bring in their equipment but was told that NTA will record the interview and send the tape to the channel.

The interviewers added that the environment was friendly, the president was punctual, and that he was very honest and insisted that nothing should be off record.

The president addressed most of the issues affecting the country.