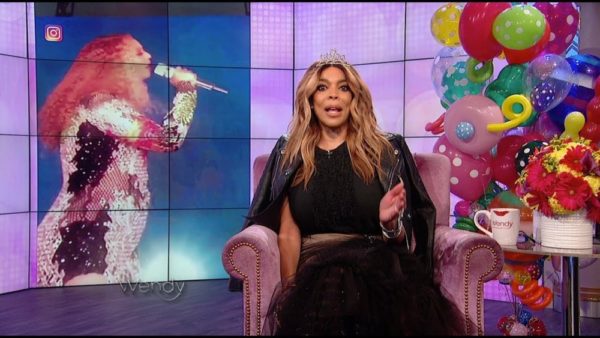 Wendy Williams, host of “The Wendy Williams Show,” has announced that she’s taking an extended break from her television show.

She’ll be taking a necessary, extended break from the show, she said in a statement on Twitter, due to medical reasons.

Wendy had previously shared that she’s suffering from Graves’ Disease, an auto-immune thyroid disorder, and the statement said she’s been suffering complications from the disease.

She thanked her fans for their well-wishes and for respecting her as she spends a “significant time” in the hospital, under the strict supervision of her doctors.

BN Sweet Spot: Davido is Giving Chioma the Motivation She Needs for her Cooking Show