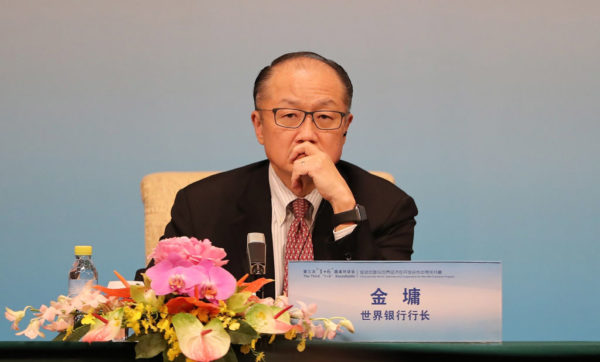 Jim Yong Kim, the World Bank President, has announced his plan to step down from his role and join the private sector.

Kim, who has headed the World Bank since 2012, will be stepping down from the role on February 12.

The bank’s second in command, Kristalina Georgieva, will take over Kim’s role, serving as interim president.

Business Day reports that Kim, in a statement, said he’ll be joining the private sector where he feels he can make a more powerful impact.

The opportunity to join the private sector was unexpected, but I’ve concluded that this is the path through which I will be able to make the largest impact on major global issues like climate change and the infrastructure deficit in emerging markets.

The Cable: Borno Governor Shettima weeps over Boko Haram as he visits Buhari