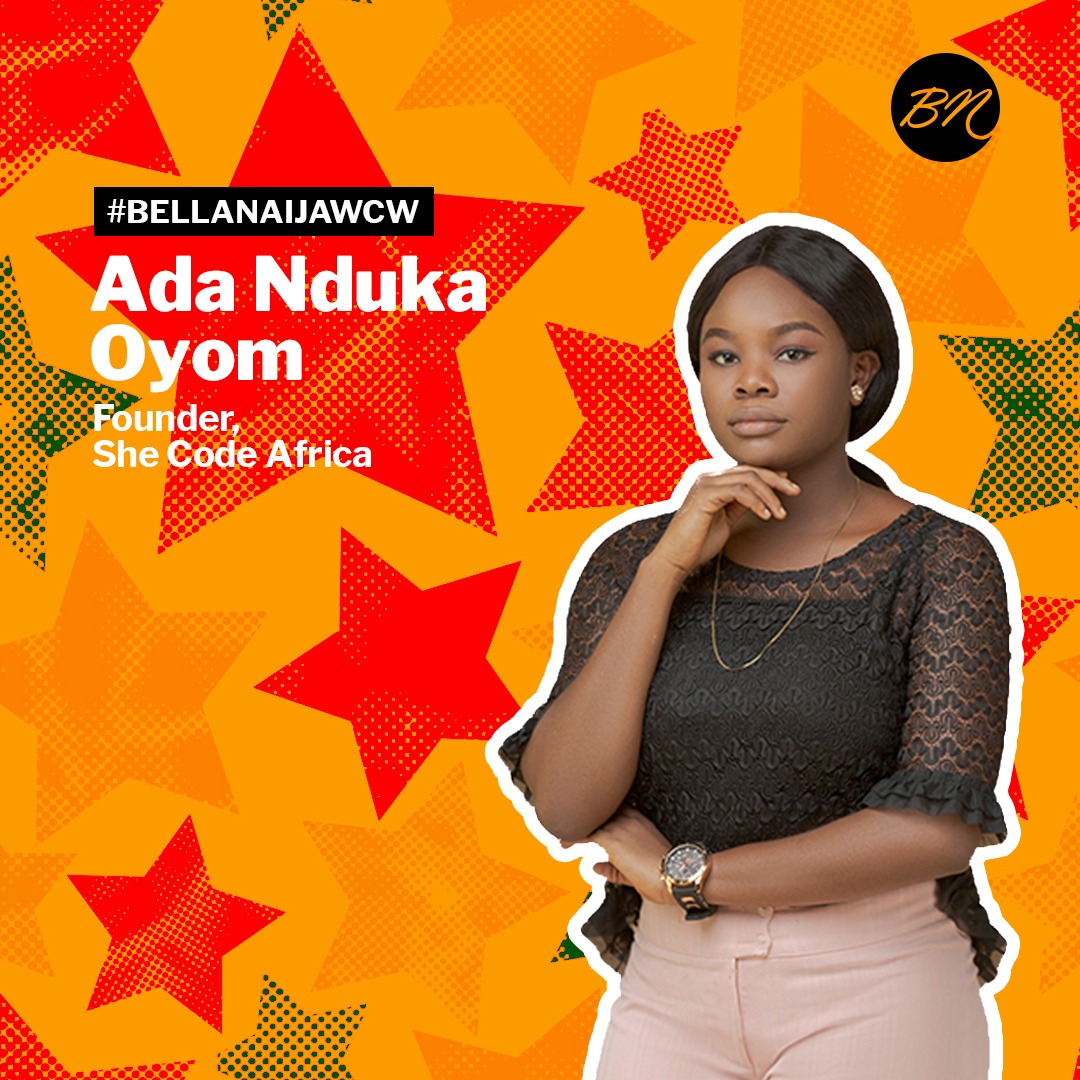 Our #BellaNaijaWCW this week is a software developer who describes herself as women in tech enthusiast.

Ada Nduka Oyom didn’t set out to build a career in tech. While studying microbiology at the University of Nigeria, Nsukka, she attended the Google Student Ambassadors meet-ups and discovered that the ratio of boys to girls was really wide, in favour of the men.

She decided she wants to try out tech, to find out what it is about tech that has more guys than girls. She started attending events and learning everything about tech. It became interesting as she went on and she later led the Google developers group and Women techmakers chapter for two consecutive years until she graduated.

Today, she’s building an amazing career as a software developer and tech evangelist.

She’s the founder of She Code Africa, “an organisation created to celebrate and empower African women in technology.”

The platform empowers women in tech through the provision of online and offline technical training on web and mobile technologies while offering online mentorship to members looking to improve in various software development and design fields.”

Ada is also the co-founder of Open Source Community Africa, “a community of open source advocates and enthusiasts in Africa created with the aim of growing the number of credible contributions and development of open source technologies from African software developers and designers.”

She’s a co-convener of Google Developer Lagos, and currently works in Developer Relations at Interswitch.

We celebrating Ada for blazing the trail and also celebrating the women doing amazing things in tech, who were hitherto unrecognised.

I Knew She Was Passionate About Equality! Nduka Shares About Being Married to Iquo on ‘My Partner is a Feminist’