Buhari highlights Cause of Conflict in Nigeria 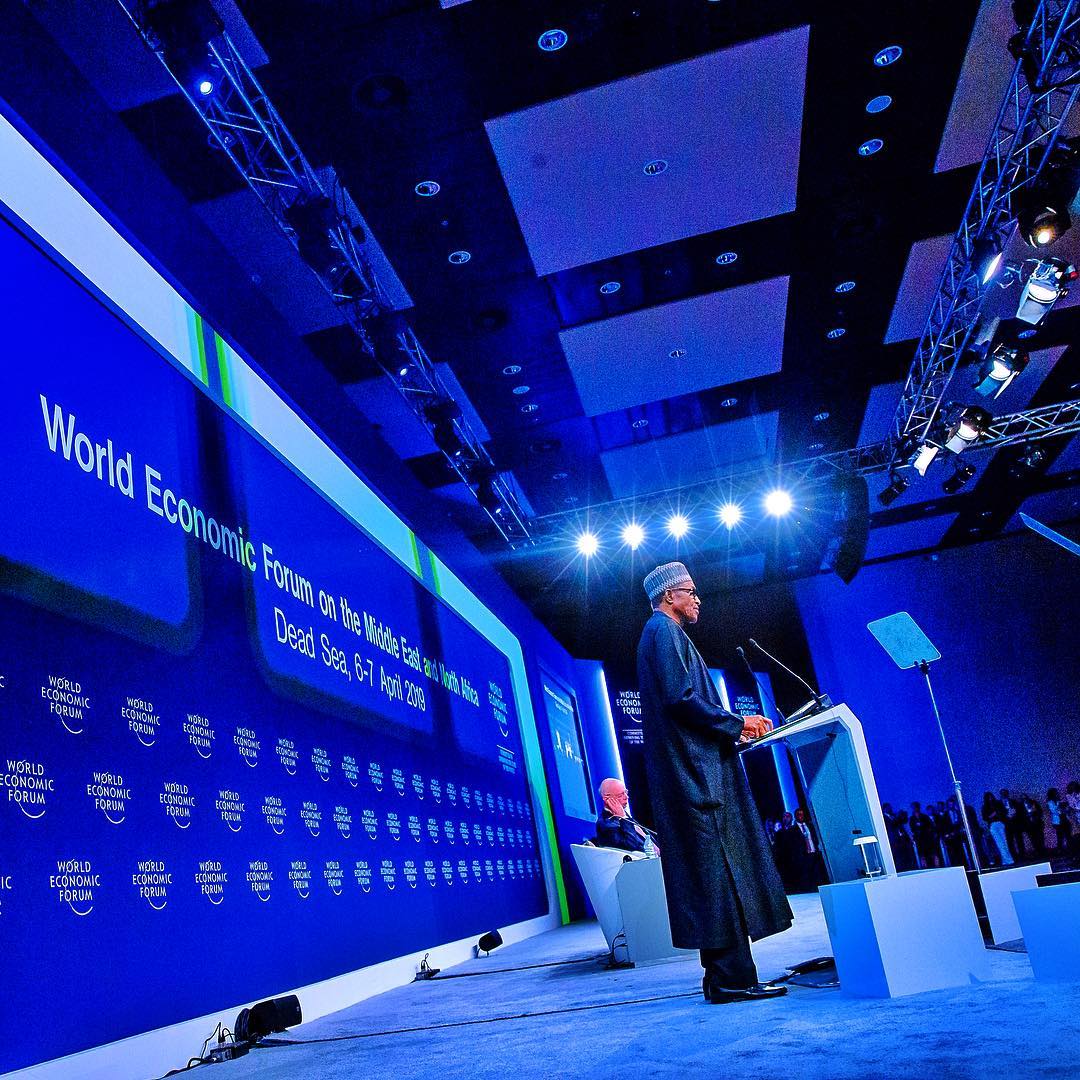 The president of Nigeria, Muhammadu Buhari, on Saturday urged world leaders to concentrate on bridging the gaps in social and economic opportunities for citizens as solution to battling the rising unrest across the globe.

In a statement released by Femi Adesina, the President’s Special Adviser on Media and Publicity, the president speaking at the World Economic Forum on Middle East and North Africa, said rising opportunities of prosperity for some people while others struggle to survive trigger tensions and conflicts.

It is at this point that we must ask ourselves how we, as a region, got to this point. The answer, at least in the case of Nigeria, is the lack of social and economic inclusion.

As Nigeria celebrated being the largest economy in Africa and one of the fastest growing economies in the world, Nigerians were migrating in droves through harsh desert conditions and across treacherous seas to seek what they believe would be a better life in Europe.

Ladies and gentlemen, I strongly believe that the lack of social and economic inclusion was the root cause of many challenges we are experiencing.

The president further said the changes taking place across the world in technology, population, migration, trade and geo-politics had been yielding both positive and negative results in different parts of the world, calling for more collaboration across borders to alter tides of frustrations that fuel conflicts. He said:

It is my view, that no region of the world has felt the full impact of these dramatic shifts and shocks like the Middle East and Africa – North and Sub-Sahara.

On one hand, our region is blessed with a very young, vibrant, enterprising and dynamic population. We also have valuable natural resources that are the envy of many nations.

These assets and endowments contributed to our region experiencing some of the highest economic growth rates in the world. On the other hand, however, we have also been hosts to some of the deadliest conflicts in recent history. The deaths, damages and destruction caused by terrorist groups such as Al Qaeda, ISIS and Boko Haram over the last ten years will take decades to repair.

He added that terrorism across the world including Boko Haram has waned over the years, and they no longer control any region in the country.

In this digital age where physical borders no longer exist to protect even the most secured nations, the only way to overcome predatory and divisionary forces is for all well-meaning nations to work together for the greater good of mankind.

Simply put, cooperation amongst sovereign nations is no longer a choice. It is an absolute necessity.

We are extremely grateful to the many countries that have stood with Nigeria to confront this global scourge and in particular, the Kingdom of Jordan under the leadership of His Majesty, the King.

Furthermore, our economic diversification and social inclusion policies are also yielding positive results. Our country has now returned to the path of growth. We are making gains in the ease of doing business indices.

UN Secretary General Secretary-General, António Guterres, said the world will be better off with stronger collaboration, commending Jordan for playing a historical role in restoring peace in the Middle East, especially between Israel and Palestine.