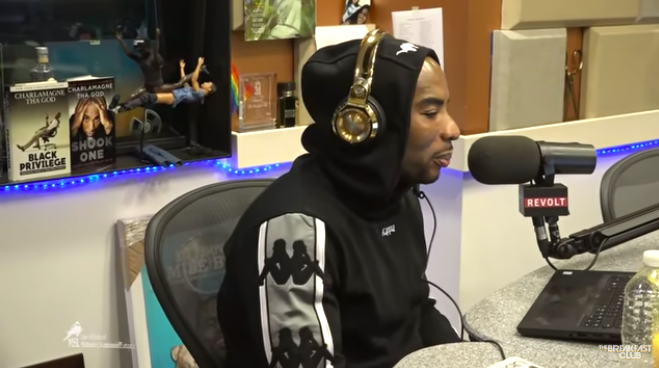 Charlamagne Tha God revealed on “The Breakfast Club” why he dislikes Kevin Hunter, Wendy Williams‘ estranged husband, calling him “The Donkey of the Day”.

He described Kevin as a “clown of legendary proportions” and “grade-A sucker.” He also said he held no ill will toward Williams.

“I feel sorry for [Wendy] because she was an abused woman on various levels … ” he said.

He alleged that Hunter got mad at him because he (Charlamagne) was trying to hook up Hunter’s now-mistress Sharina Hudson, with his (Charlamagne’s) friend.

He also shared a clip of one of Hunter’s artist Avion Foster alleged that Hunter raped him while he was living with him.

He said Hunter also tried stopping him from getting bags as well as telling DJ Envy & Angela Yee false statements about him before The Breakfast Club was formed.

Charlamagne and Wendy go way back as friends but had a fallout after Hudson came into the picture.

But it looks like the duo are burying the hatchet and getting back together as Wendy said they both had dinner with DJ Boof.