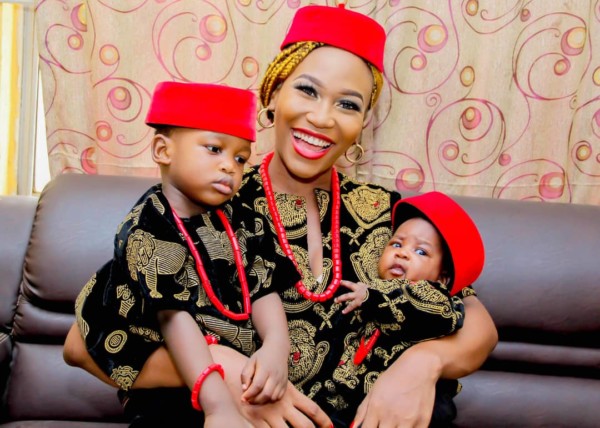 This is one term you hear used in the corporate world a lot, especially in businesses. No matter what you do, at some point, you will be looking at scaling it up—that is, embracing the stretch and doing things on a remarkably larger scale.

Recently though, I got an understanding of what scaling up can mean to me as a mom. I was in church with my kids, in an area called Annex One. Here parents are allowed to sit with their kids, as opposed to splitting into the main auditorium and children’s church. My kids go to the children’s church, but on that day, for a few reasons, I decided we should all stay in Annex One. My husband had some drama parking, and so didn’t join us until almost the end of the service. He missed what I intend to share.

Now, my first son had gotten into the habit of not just wanting the bigger piece of everything, but also wanting to exchange with his younger brother, when his own piece has significantly depleted.

I ignored it as ‘childish behavior’ he would soon grow out of, until he did it in church and I very casually said ‘No,’ and exchanged it right back. That was when the drama began.

I almost could not believe my son. He screamed, flared his arms, cried, and generally was supremely naughty. All my pleas for caution were ignored and he kept making a scene, disturbing other worshipers. To put things in context, my son is not one. My son is a whooping four-year-old. Even when I threatened to spank him, which would typically cause an adjustment in his behavior, he didn’t stop. The lady beside me offered me some biscuit to give to him, so he would stop being upset at not having his brother’s. Of course, I declined the offer. And although my shoes had given way in church, I walked out bare feet with him, took him to a corner, and gave him a good spanking before he stopped and we returned to church.

I wish I could say he didn’t ask again, but he did, this time very quietly, and was quick to shut it down when I said no. However, in the middle of all his initial drama, a voice said to me, “Eziaha, you cannot correct in public what you tolerate in private, because it scales up pretty fast in public.”

I was shocked at the accuracy. I had tolerated that behavior privately for so long, so why did I think it was going to disappear just because we were in public? Actually, I had the wrong reaction to that situation. What I should have done was give him what he wanted, and not disrupt the flow of other worshipers. I should have waited to go home with a resolution to do better.

That incident was super embarrassing, I tell you. But it caused me to really introspect as a mum. If you are a stay-at-home mum, chances are high that you spend a lot of time with your kids, and it can get pretty easy to overlook a lot of things. It is almost like a normal thing, especially if you have made the kids the center of your world (which you should not). I resolved to be wiser and not look at a habit in isolation any longer. Rather, I will take it, scale it up to 100 in public, and see how it plays out. If I don’t like it, then I immediately start to correct it in private before it goes public on a larger scale.

I know that in this generation, we want to raise our kids a tad differently from how we were raised. For example, we want our kids to have more freedom to express themselves. But there is thin line between expressing yourself and being rude, and if I am a student of my kid, I can tell which needs to be let go of, to be called to the carpet and completely eliminated or channeled right. While you do not want to break their spirits by disciplining them over everything, you also don’t want to raise and shoot out into the world overindulged, rude, entitled, and spoiled kids. There is nothing cool, modern or 21st century about the latter.

While this can be a thin line sometimes, with some help, research and in-depth study of your kid, you will soon be able to know which is which. A real 21st century mum is woke, and by woke I mean she invests the time, resources and energy needed to parent right. The beautiful thing as a stay-at-home mom is that you have more time, so make sure you are investing the right amount into parenting, and not just in an endless stream of Telemundo or Netflix. And just because we are all inter-connected in this crazy world, you really do not want to raise functional and well adjusted kids while letting your friends’ kids, especially those who work outside the home, get away with behavior you know can be corrected early. So with wisdom, love and no judgement, you can share what you learn with your friends. After all, your kids are going to be interacting with a lot of kids, so who knows what rewards the good counsel you throw out into the atmosphere will bring you.

Oh, by the way, I wrote a post on being a student of your kids and also on not making your kids the center of your world right here on BellaNaija. You can check both of them out. And in case anyone wondered about my shoes, well, I suspected they would give way in church, so I had a second one in the car, which my husband went to bring for me. Yes, as a mum, you sometimes have to pack a bag for yourself, too, not just your kids.

Temitope Ooye a.k.a “That Media Babe” of TMB Global Brands is our #BellaNaijaWCW this Weeek!

BN Book Excerpt: Obsessed About Finding the One by Kimi Itsekiri

Eziaha Bolaji-Olojo (CoachE’) is a Food and Fitness Coach and CEO at CoachE’Squad Ltd, a thriving home-based business where she serves Jesus and Fitness to the world. Asides helping women live optimized lives through a healthy food and fitness routine, she runs a personal Faith-based blog www.eziaha.com where she chronicles her Christian walk, and a website where she regularly posts content to inspire Stay at Home moms into a life of joy and fruitfulness right from home. She is a First-Class Graduate of Sociology, holds a UK degree in Personal Nutrition and a Pre-natal and Postnatal Fitness Specialist Certification endorsed by the American Fitness Professionals Association (AFPA). She is also an Alumnus of Daystar Leadership Academy (DLA). Above all these, she is a proud wife and mom to two boys and takes that assignment very seriously. She is a product of many teachers and mentors, constantly going for knowledge, regularly pours into mentoring younger folks, loves stir-fry eggs and home-made zobo, and is a proud member of Daystar Christian Centre. Eziaha can be found online at www.stayhomemoms.ng and www.coache.ng