Catch Up on Big City Living! 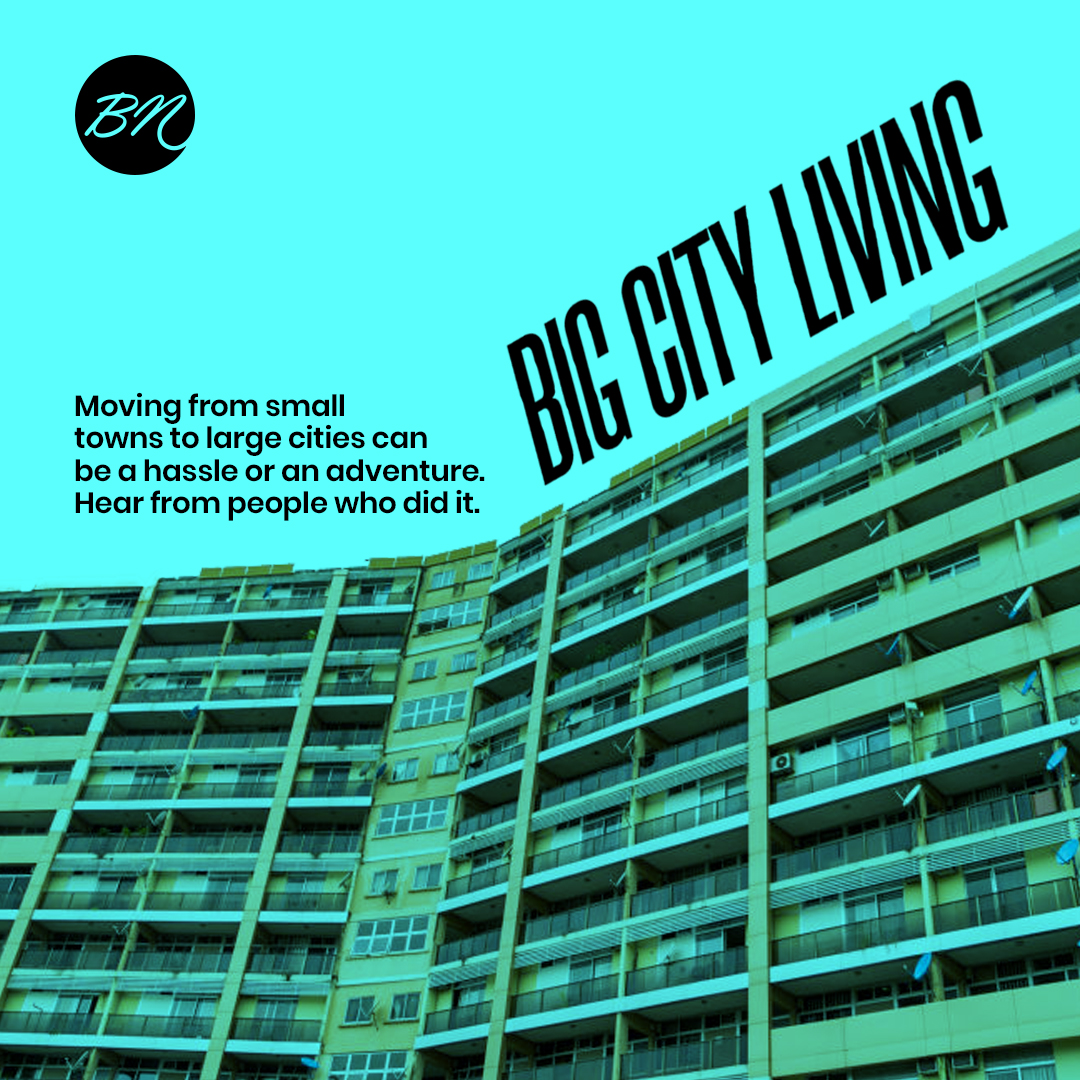 Have you been following our series Big City Living? No? Wow, you’ve been missing too much.

Big City Living is a ten-part series where we speak with youths who have made the move from small rustic towns to big cities in Nigeria. They tell us about why they made the move—always for the opportunities these cities offer—and what they’ve learned so far.

The stories have been inspiring and jarring. They’ve opened our eyes to the realities of Nigerians who did not grow up in Lagos or Abuja or Port Harcourt or Ibadan, how it was necessary to make the move to these cities because of the dearth of opportunities where they were born and raised.

First we shared Samsudeen’s story. Samsudeen moved from Offa to Lagos. While he misses the peace and serenity of Offa, he’s inspired by all he’s gotten from Lagos, and how the hustle challenges him. Read it HERE.

Next we read Phidelia’s story. Phidelia’s journey was from Benin to Ibadan to Lagos. Phidelia spent all of her formative life in Benin, from primary school to uni. She moved to Ibadan for her compulsory youth service, and it was Lagos from there. Lagos has opened Phidelia up to opportunities, and has taught her how to adult. But its stress gets to her. Read it HERE.

There was Doyin, who moved from Osogbo to Abuja. Hers is a funny story. She schooled in Osogbo with kids from Lagos who laughed at indigenes like her. She’s always been a shut-in, an omo get inside in her own words. Thanks to Abuja, though, she’s now an outgoing person, visiting new restaurants, trying new hangout spots, and meeting new people. Read HERE.

Orunor’s journey was much much longer. He started out in quiet Sapele, went through chaotic Warri, wild Onitsha, before finally arriving in numbing Lagos. Lagos showed him there’s more, he said. In Sapele there was peace. In Warri there was the street life. In Onitsha he ate okpa and sat on rooftops and visited their huge market. In Lagos, though, he’s seen that there is more to life – more to live, more to learn, more to know, more to enjoy. Read it HERE.

Olushola’s journey was even longer. Olushola started from Osogbo, moved to Ajaokuta in Kogi, then back to Osogbo, spent some time in Jos and Lagos, then in Ilesha, Ado-Ekiti, then Abuja where she entered one-chance twice(!), then finally to Lagos. Olushola surmised that had she decided to settle in one of those small towns she would have done very little with her life. Lagos has taught her to aspire to more. Read it all HERE.

Next week, we’ll be back with a new episode of Big City Living.

Remember, you can join the conversation and tell us about YOUR big city living experience. We’re always happy to read from you. Just shoot us an email – features(at)bellanaija(dot)com – with Big City Living in the subject line.

Game of Thrones – “The Last of the Starks” Recap