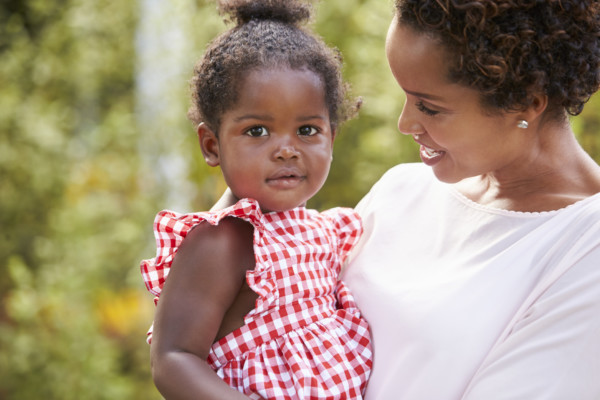 In January, a few days after the new year celebrations, Victoria, my housekeeper of three years, suddenly announced that she wanted to quit. A soft-spoken middle-aged mother of three, she thought it was a good time to strike out as an entrepreneur. She wanted to go back home to Kaduna where her children lived with her mother. She had spent eleven years working in Lagos, and even though the money was good, she really wanted to spend more time with her children. She really was sorry to have to disappoint me.

My (selfish) first thought was: “I’m resuming work next week! How am I going to cope?” My second thought was: “Why didn’t you tell me earlier you were planning to quit? How could you do this to me!” Outwardly, I was calm, and I said the right things to her. How I thought it was a noble thing for her to return to her family. How I definitely supported her in this quest to better her lot in life as an entrepreneur.

But when she left, my heart sank. How would I cope?

Good help is hard to find. It’s a mantra, my friends, and I repeat it often. When we meet, the talk eventually finds its way to our domestic staff (or the absence thereof). How is your nanny? Where did you get your housekeeper? Do you have an agent? There are the horror stories: My cook ran away; my maid ran away with her boyfriend, the vulcanizer down the road; my nanny stole; I fired my housekeeper, she was too saucy; did you hear about the nanny who abused the children in her care?; Did you know so-and-so’s cook had Hepatitis B?

We share the WhatsApp broadcasts, the videos and messages to warn others about the dangers of the “evil help.” Sometimes we even post the pictures of the offenders on social media, warning the general public to avoid them. But where are the broadcasts on the good help?

Where are the social media shoutouts for the nannies who look after our children, the cooks who feed our families, the maids who clean our homes, the housekeepers whose work makes our own work possible? When we talk about the lives of working women, of women having it all, raising families and building careers, why do we make domestic staff invisible in that equation?

When we praise a mother who works, the assumption is often that she does it all. Clean home? Check. Hot meals? Check. Healthy looking family? Check. When working mothers are asked about how they achieve balance while raising families and building careers, domestic staff are hardly mentioned. Are we ashamed to admit that our ability to “have it all” is more about our ability (read: privilege) to purchase labour (housekeeper, cook and nanny) than it is about our own capabilities?

A certain billionaire was rumoured to announce that she still personally washes her husband’s underwear and cooks his meals. She is often held up as the ideal that working mothers should aspire to; she is touted as the antithesis to the modern career woman who shuns housework. Are we going to ignore the fact that with all her money, she probably hires a small army of domestic staff to run her home?

When we think about working mothers, we often don’t think about women like Victoria. Maternity leave for a housekeeper? What a joke. When we say we’re advocating for better work-life balance, it doesn’t extend to the young women in our homes who nanny our children. Which work-life balance? Isn’t she on duty 24 hours of the day, 7 days in a week? When we talk about gender equality in the workplace, about paying a fair wage, about performance bonuses, about employment benefits like health insurance and pension, we don’t talk about domestic staff. Why should we? They’re servants. That’s what they do. They serve.

We fail to recognise that by looking down on the work of the home that they do, we reinforce the notion that housework is undignified and demeaning, and we justify the fact that for centuries, women were seen as second-class citizens precisely because they did housework and childcare. Because how else can we explain that someone whose work is so integral to the smooth running of our homes and the wellbeing of our children is rendered invisible in the public sphere?

It’s not to say that we should all start posting pictures of our nannies, cooks and housekeepers. For one, it could be a security risk to our homes and children, kind of like posting the addresses of their daycare centers and schools. More importantly, it could be an invasion of our staff’s privacy. (Yes, they have a right to privacy.) Maybe they don’t want to be on our Instagram.

My ask is that, in a society where women do a disproportionate amount of housework, we recognise and celebrate these women (and they are often women) more. When we get that performance bonus for working hard on a project that was eventually successful, let’s remember that our work happened because they held down the fort at home. Will we give them a performance bonus too? When we get accolades in the public sphere, do we give them accolades as well? And when other women ask, “How do you do it all? How can I balance just as well as you?” Will we have the courage to answer honestly, “I have good help”?

BN Prose: The Skin of Other Women by Chukwuebuka Ibeh

Osemhen is Chief Ginger at Blazers & Baby. Blazers & Baby provides the community, strategies and resources that young working mums in Nigeria need to achieve work-life balance and thrive in their careers and at home. Find your tribe at: blazersandbaby.com and @blazersandbaby.  We reply our DMs :)