Here’s a brief recap of all the trending topics that blew up our phones this week. The idea is to catch you up – quickly – on everything you may have missed during the week, perhaps due to your busy schedule, or they simply just flew below your radar.

Let’s begin with probably the biggest thing this week. The end of an era – a culture defining show coming to a finish: Game of Thrones.

So many have been displeased by the show as it progressed through its eighth and final season. If you have been following our recaps, you’ll find that we (BellaNaija Features Team) are one of those people. But, you know, whatever.

Even before the show came to a close, a petition had been circling online, created by self-proclaimed fans of the show, who were demanding that the final season be rewritten, this time by more competent writers.

We don’t often (or ever) agree with Piers Morgan, but he’s absolutely right when he says the petition is indicative of how entitled this generation is. (Although only God know how many generations make up the over 1.2 million signatures on that petition.)

Nothing sums up the snowflake generation more than this ridiculous petition to have the #GameofThrones final season rewritten.
If they don't get what they want, whether it's Trump, Brexit or a TV show, they lie on the floor screaming 'I REFUSE TO ACCEPT THAT – DO IT AGAIN!!!!!'

Game of Thrones came to end. Although the season was indeed rushed, with seasons-worth material crammed into mere minutes (the Varys poisoning Daenerys plot, for example, or Sansa spilling the secret of Jon’s heritage), the end was sort of satisfying for a casual TV watcher. Its resolution was surprising but pleasing. Every “bad” person met their end, villains were easily defeated, and our favourite characters all got rewards.

Anyway, that didn’t stop people from being upset. Still, they demanded the rewrite. And although Sophie Turner, who plays Sansa, has come out to say the call is disrespectful, people still want their rewrite.

“All of these petitions and things like that — I think it’s disrespectful to the crew, and the writers, and the filmmakers who have worked tirelessly over 10 years, and for 11 months shooting the last season. Like 50-something night shoots….” – Sophie Turner #GameOfThrones

If you know anything about our country Nigeria, you’ll know that we have animals that love to eat. There was the snake in the JAMB office that ate packets of money. The rats that with their long snouts chased the president out of office. And maybe our memory fails us, but wasn’t there something about a monkey, too?

Anyway, this time, it’s a vulture.

A vulture? you ask. Well, yeah, a vulture.

Here’s the gist: An “elder” of a community called Maiha in Adamawa State complained that a woman owned a vulture, and the last time someone brought three vultures into their community, insurgents attacked them in days.

“The police in Adamawa state said the vulture arrested in Maiha has so far eaten meat worth N30,000 after spending six days in detention” https://t.co/qG3gBxKDcb

Being Nigeria, the police arrested both vulture and its owner, and they’ve decided to conduct some investigation. Into what, we’re not sure. The possibilities of a vulture harbingering insurgency? Nigeria will not kill somebody.

Anyway. the police are now complaining that the vulture has consumed meat worth ₦30,000 in its six days in detention. And since the vulture is still being detained, it is expected to consume even more.

The question is: why in the world is the Nigeria Police detaining an animal?

Nigeria Police in Adamawa say a vulture arrested for being a terrorism suspect has eaten food worth N30,000 in 6 days.

Nothing we no go hear for this country

But for all we know, this is just another way for Police to embezzle money by claiming its for vulture feeding. Because we will see the actual vulture now and it will look like it’s been fasting for weeks

Another entry for the Nigeria Police Force here.

After their infamous arrests of defenceless women in Abuja, it was alleged that officers with the police, this time in Lagos, stormed Marie Stopes International Clinic in Surulere, where they provide contraceptives and other reproductive and sexual health care for both men and women.

It seems the only thing the Nigeria Police are actually capable of doing is attacking defenceless Nigerians, and not protecting them.

Given the state of public hospitals in this country, you’d think the private ones that provide healthcare for cheap will be protected and cherish, But, nope! Not in this country.

Anyway, the news quickly spread on social media, and a Spanish non-profit, CitizenGo, was happy to take responsibility, claiming that the clinic had been shut down (it hadn’t).

See, in Spain where this body was founded, contraceptives are either free or widely inexpensive. They are legal, as is abortion. But they can’t face their country, because they know the benefits of reproductive and sexual health care. It’s Africa, a continent they wish to continue to keep in the dark, that they can push for bills that will keep us underdeveloped, bills that trample on human rights.

Classic case of Person use hin hand go do imsef.

Imagine if Naira Marley had simply minded his business and faced his front when Simi complained about Yahoo Boys. Imagine he didn’t start the “Am I a Yahoo Boy” campaign (which another singer decided to jump on and rechristen “I’m I…”) and had simply continued making his music. Maybe then, all that his happening to him right now wouldn’t be happening.

So far, we’re not sure what’s happening. While we’ve heard that he’s been remanded in prison following his arraignment, a video that trended showed him hanging out with his guys on the same day.

NAIRA MARLEY IS BACK IYA YIN!!! We love you marlian ❤️Freedom is yours pic.twitter.com/Vj6BeesORk

Whichever way, his trial is still in progress, and so many ridiculous things haver come out of the entire process. Like the video where someone is reportedly cursing Ruggedman not to succeed (we’re not going to share that). The photos of Naira Marley alone in court, where, somehow, women are criticised because his “girlfriends didn’t show up” (we’re not sharing that either). And the video where Zlatan Ibile, who was also arrested, casually compares Naira Marley to Nelson Mandela who fought apartheid.

How many chances has Theresa May had to resign from her position as prime minister? Again and again, the second female prime minister in British history let others take the fall for her, continuing to escape a resignation that was sure to come.

And now, finally, it has.

Unable to deliver on Brexit, May announced, fighting back tears, that she’s going to be resigning from office in June.

Unsurprisingly, everyone is rejoicing, including Nigerians. People are listing things she’s done that’s displeased them, and are glad that her end has come.

As Home Secretary in 2012, Theresa May cancelled Post Study Work (PSW) visa for international students. Her tears can fill third mainland bridge but it will never move me.

A human response to Theresa May's resignation must include remembering those who are suffering because of Tory policies. pic.twitter.com/rlxDvjA9Bg

We will not forget Theresa May's awful handling of the #Grenfell tragedy ?https://t.co/Rt0J8LigBP

Activists in Kenya have been canvassing for the repeal of the Sections 162 (a) and (c) of their penal code, which states any person who has “carnal knowledge against the order of nature’ or permits a person to have ‘carnal knowledge against the order of nature.’” The law is one of those colonial inheritances (which Angola earlier this year put a sword through) that African countries have made their own.

Anyway, Kenyans have been calling for its repeal, and while many thought it would be done, (after how many postponements?) the court did some higihaga and said there was not enough evidence that the law discriminated against LGBTQI persons. Which, you know, is just … what?

Kenyans have been raging on social media, disappointed and sad and heartbroken.

But above all, I am tired.
And I'm going to curl up in a ball and sleep through this pain.

My heart is so, so sore for the entire LGBTQIA community. That the enjoyment of the full breadth of your rights is dependent on the interpretation of laws. But Kenya will see decriminalization in our lifetime. I’m certain of it. May your hearts hold fast. #Repeal162

We have shown you our scars. We have given you our labour. We have told stories, repeatedly. We have bled, we have starved, we have died. And still. You find no reason for the pain to end.
Cos you like to watch.
#Repeal162

I can't imagine what it feels like to be a member of the LGBT community in Kenya after the High Court refused to #Repeal162. Just know that even if you continue being hated and discriminated by a majority of Kenyans, some of us are rooting for you. Aluta continua!!!

To borrow from @shailjapatel, colonial homophobia implemented through legislation is now a thing many Africans hold onto dearly, calling it "our culture" — homophobia is not African at all! #Repeal162

Adewura Latifat Belo boarded a bus heading to Egbeda from Ikeja on May 15, 2019, and had spoken to a family member when she got to Cement Bus Stop. Since then, no one has heard from her.

If you’ve seen this face around or have an idea how the family could find her, kindly reach out to the nearest police station. 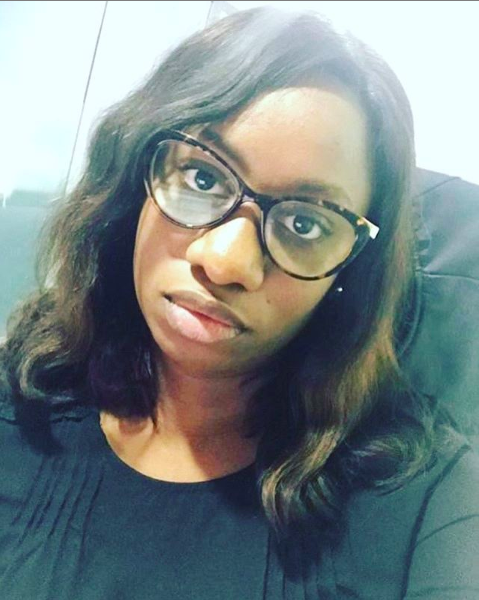 And that’s all … we think. We don’t want you to miss out on all the interesting gist that happened this past week, so if we missed anything, let us know in the comment section. See you next week.

Yewande Jinadu: All Inclusive Guide to Writing A Good CV