Survivors of #AbujaPoliceRaidOnWomen are Sharing their Stories & They're Both Sad & Embarrassing 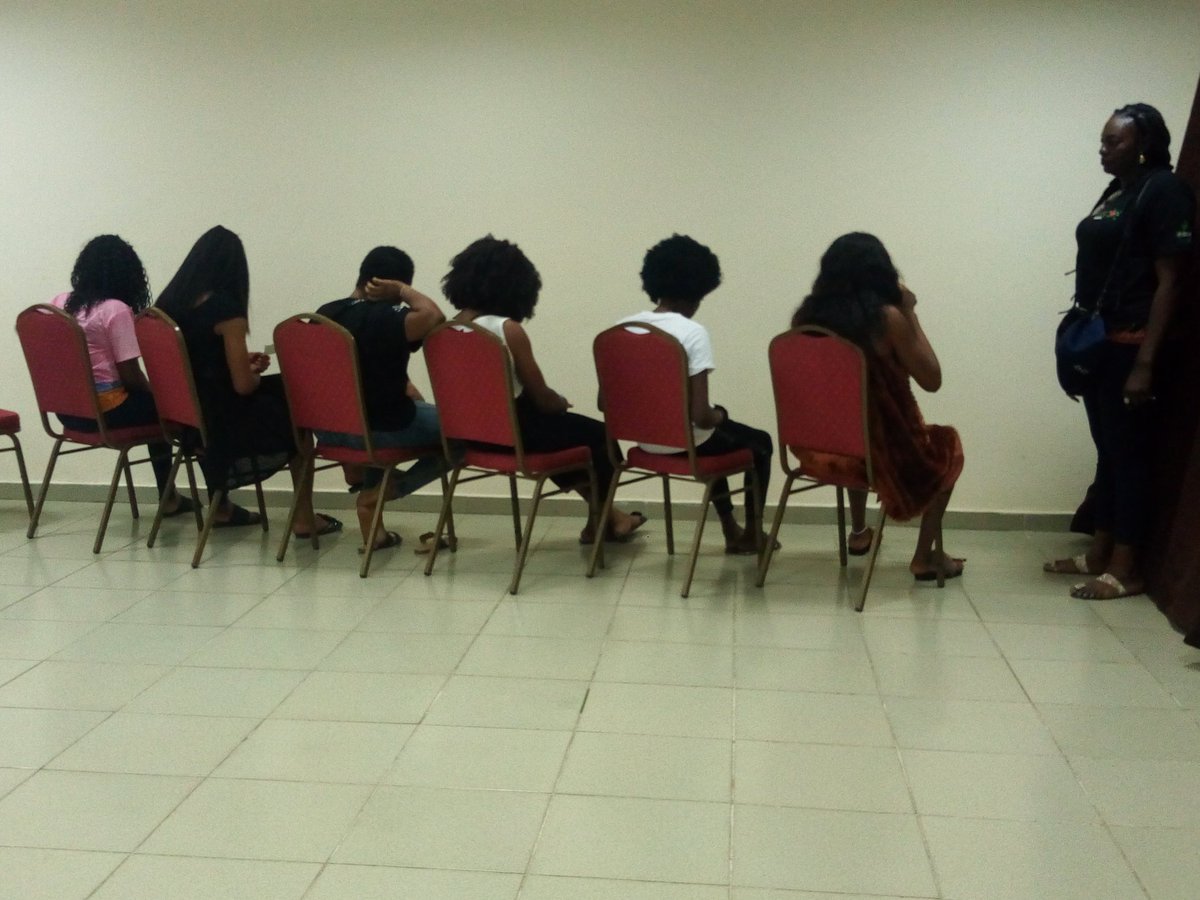 Over the weekend, at least 100 women were arrested in or around nightclubs across the city, with police saying they were apprehended on the suspicion of prostitution.

Some of the victims have spoken out to activists on their ordeal, saying they have been sexually assaulted, some, with injuries in their vaginas.

Some say the officers used discarded sachet water plastics as protection to rape them.

Majority of them women were just hanging out with friends, others were probably going home or attending an event when they were picked up.

The police say Nigerian constitution is against prostitution, but what about the “client”? Why didn’t the officers pick up the men? For example, look at this insensitive and appalling tweet from a high-ranking police officer on the issue: 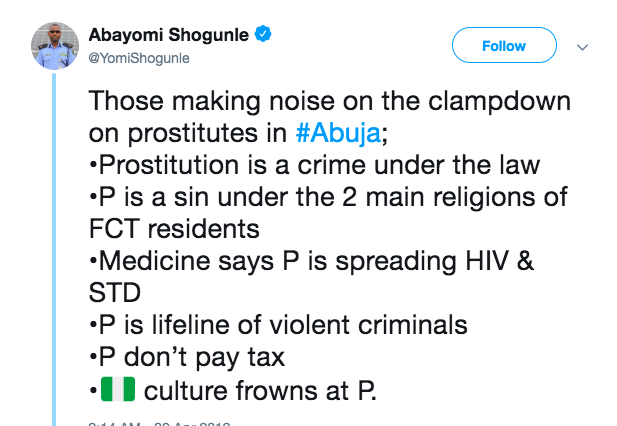 The country has even jailed 27 women, but nothing is being said about the assault by officers and the unlawful arrest. 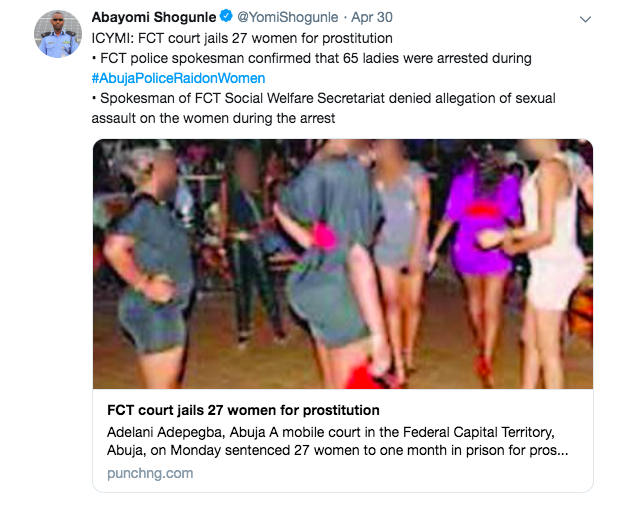 The women are sharing their stories and it’s quite difficult to watch. 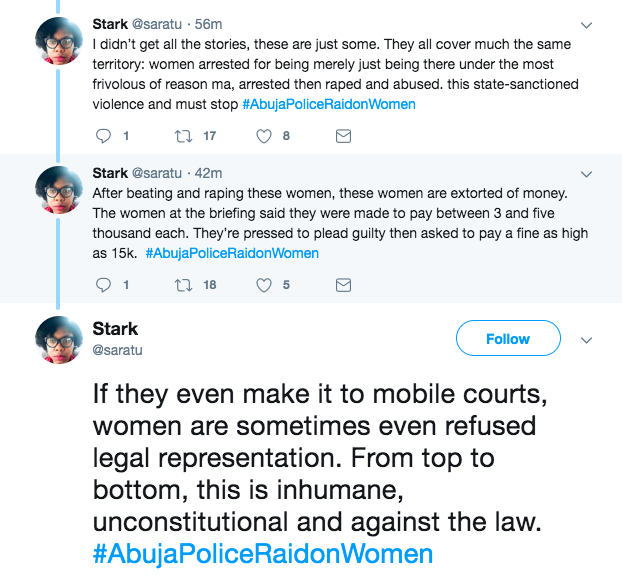 Related Topics:#AbujaRaidOnWomenPolice brutality
Up Next

Juliet Ehimuan, Google Nigeria’s Country Director, Recognised as One of “30 People Who Are Changing the World” by LBS Review