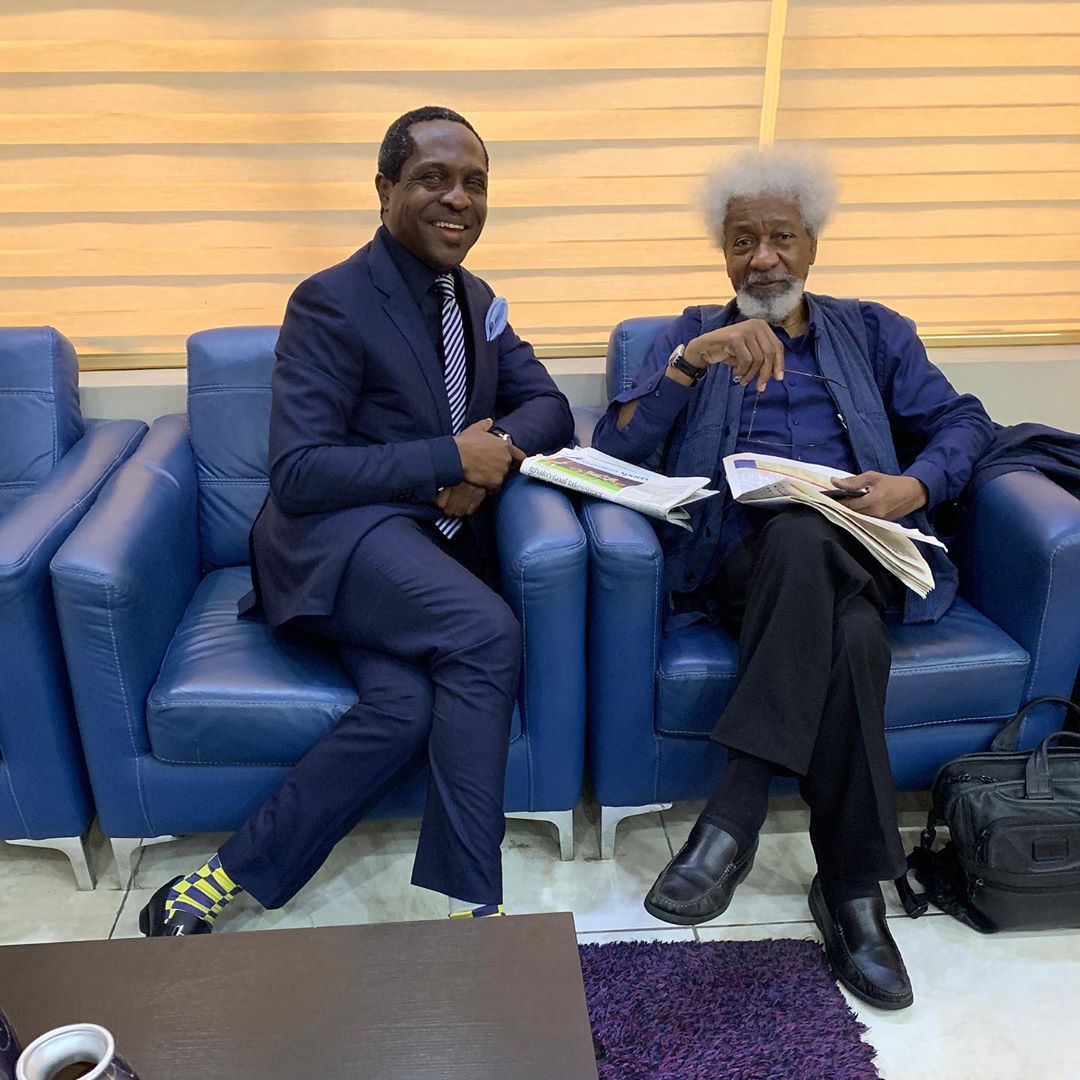 I remember seeing this thread by Twitter user @OmoGbajaBiamila over the weekend and just laughing endlessly. He shared how he boarded a flight and found a woman on his seat. He politely told her she was on his seat and she dismissively asked him to look for another.

Let’s cut the long story short, Oga changed it her sha, and she got up. Everyone everywhere, who read it, acknowledged that the woman was wrong.

Sahara Group co-founder Tonye Cole shared a similar story on his Instagram page, and thank God we have a frame of reference.

Tonye Cole shared how a young man with a “baseball cap, t-shirt to show his muscled chest and tattooed biceps” (because, you know, we’re supposed to get some idea of him from his muscles and tattoos) asked Nobel laureate Wole Soyinka to stand from a seat that was rightfully his.

They tried to “reason” with him, but the “chap” refused. Wole Soyinka, ever graceful, stood quietly. Here’s how Tonye Cole concluded:

I couldn’t understand how we got to this point where we no longer have respect for elders, even if [we] are so ignorant of the great global personalities in our midst. Is it too much to ask that an elderly man be allowed to remain in a seat allotted to you in the same business class cabin and the same row?
Na wa o! 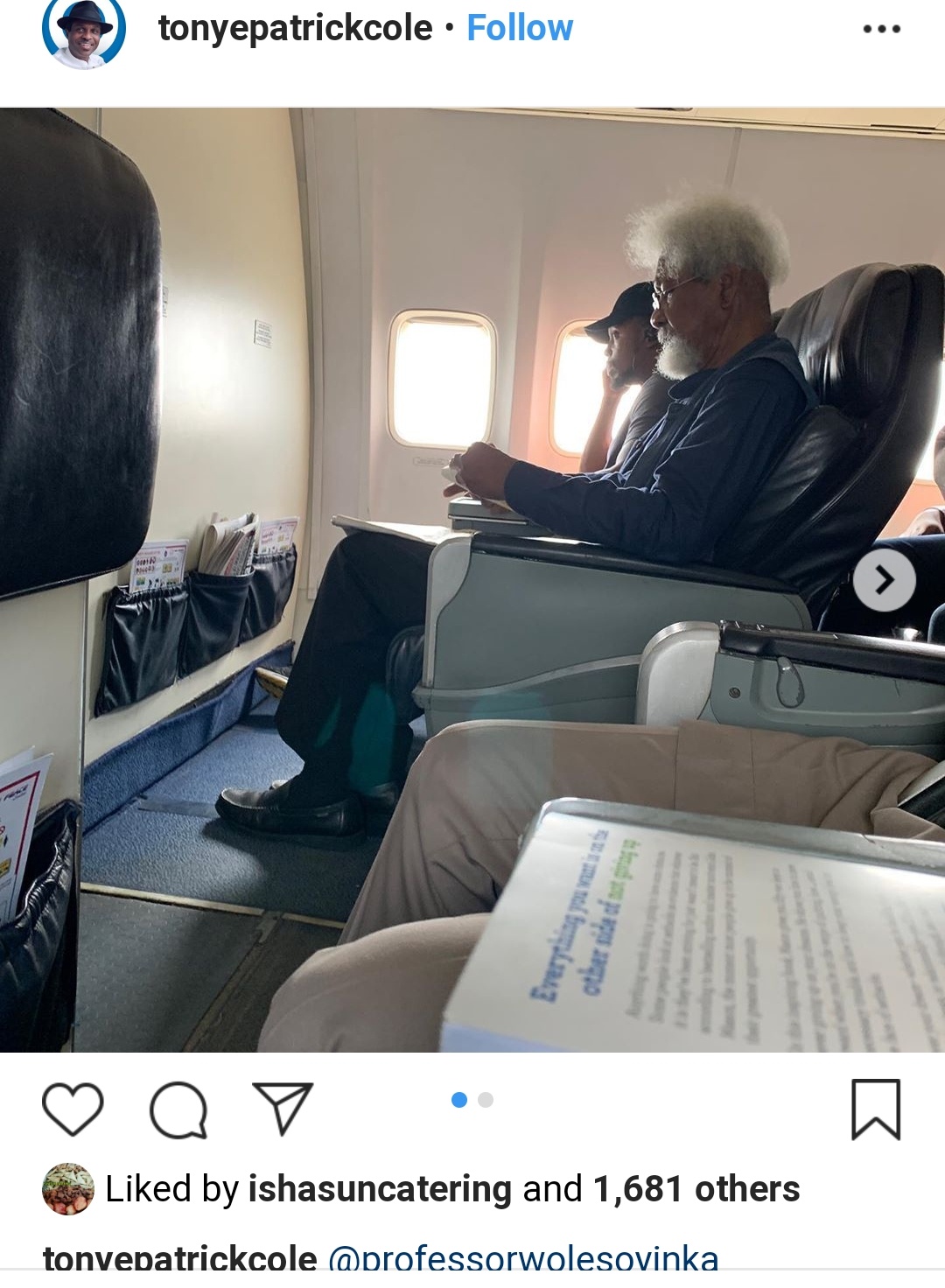 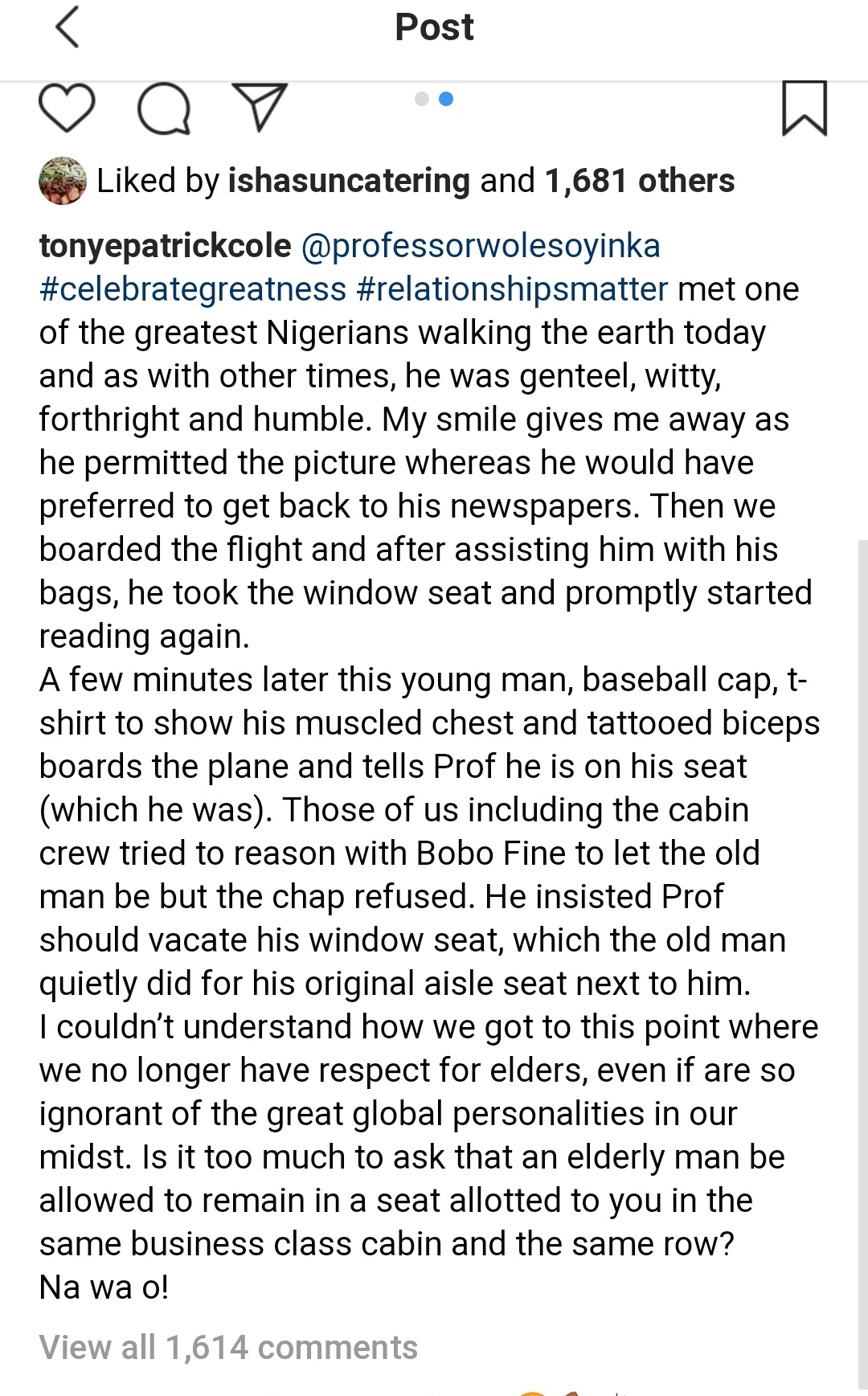 See, it is this kind of behaviour that has led Nigeria to where it is. And that’s not an exaggeration.

What is right is right and what is wrong is wrong. It’s time we stopped falling to the charm of influence so much that we forget what is right. It wasn’t Wole Soyinka’s seat, he shouldn’t have sat in it. And the “chap” was well within his rights to ask Wole Soyinka to vacate his seat.

It’s typical of Baby Boomers in Nigeria, and, again, it’s why our country is the way it is. They’re so easily dazzled by influential personalities, by power, that they happily surrender their rights. And the “relationships matter” hashtag Tonye Cole added indicates why they often do so: because they want that access to power. Look at the aides to these politicians, look at how they permit and excuse the trampling of the human rights of citizens. Why do they do so? This is how it all begins.

Tonye Cole was talking about “respect.” See, we need to get rid of this idea that respect is something that goes only one way: someone younger to someone older. Respect is reciprocal. These elders need to quit bullying people because of their age. Also, how exactly is it disrespect to ask what is rightfully yours? If anything, Wole Soyinka was in the wrong here. He shouldn’t have sat there.

Personally, I would have been too tongue-tied to ask Wole Soyinka to stand. I am such a fan. But that doesn’t mean the “chap” was wrong to ask what was rightfully his. He was absolutely right.

Wole Soyinka stood “quietly,” and we can surmise from this that he knew the “chap” was right. Soyinka sounds like the kind of person who would have asked for his seat when he was a “chap” himself. His politics certainly indicate that.

We must also address the comments of people like Kate Henshaw and Mo Abudu, who described the incident as “sad.” Mo Abudu said, “That young man will get what he truly deserves.”

Well, he already did: His seat.

Adebimpe Alafe: A Love Letter to Myself