R. Kelly's "Girlfriends" Speak Out on their Whereabouts in New Video 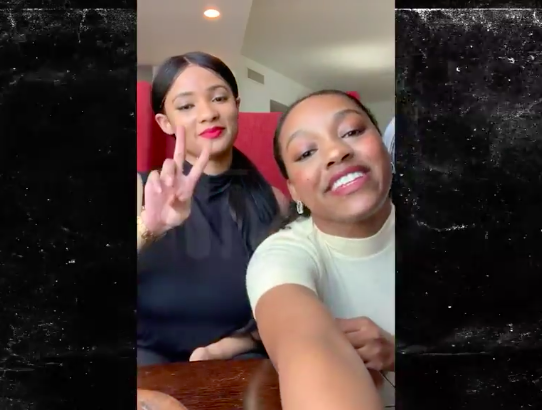 Two women who have been alleged to be R. Kelly‘s sex slaves, but have repeatedly said otherwise, are setting the record straight on their whereabouts since the singer was arrested.

Joycelyn Savage and Azriel Clary‘s rep told TMZ that the duo are still living in R. Kelly’s apartment in Trump Tower in Chicago.

They filmed a video from the apartment, addressing the claims that they have been evicted from the house after R. Kelly was arrested on a sex trafficking charge.

In the video, they say they move freely in and out of the house and also thanked Kelly’s fans for their love and support.