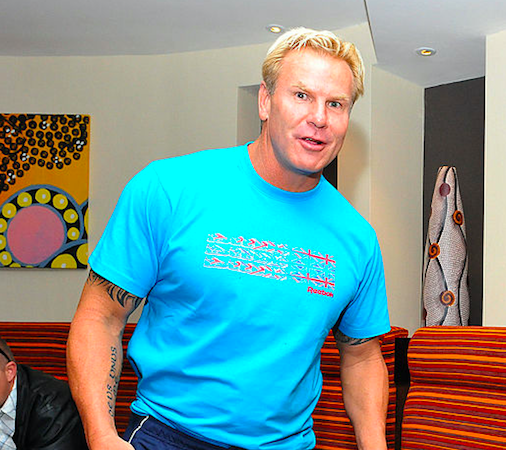 Condolences have been pouring in on social media following former South African footballer Marc Batchelor‘s killing in front of his house in Olivedale, Johannesburg at about 6pm on Monday.

Batchelor, who also represented South Africa internationally, is said to have been killed by two gunmen on a motorbike.

Photos circulating on social media show multiple shots were fired through the window of the car he was riding in.

Batchelor was riding with his gardener when the gunmen opened fire.

The football star’s brother, Warren Batchelor said: “There is one thing that can sum up my brother in a nutshell and that was his last moments on earth. He had his gardener with him that he loved and adored, and who cared for him and his dog.

“The dog was in the backseat when the motorbike pulled up next to him. Marc’s first reaction when shots started to fire was to instruct his gardener to get down. His first concern was for him,” Warren told SABC.

Former Bafana Bafana player Mark Batchelor has been shot dead in Johannesburg. Police are at the scene. The motive remains unclear. But initial indications are it appears to be a professional hit. pic.twitter.com/urV3J8vyKx

Police spokesperson, Lt-Col Lungelo Dlamini said: “Police are investigating a murder case after a former soccer player, Marc Bachelor was attacked by two men driving a motorbike in Olivedale outside his house. He was shot several times and died inside his vehicle.”

“The suspects then drove away without taking anything. The motive for the attack is still unknown. No one has been arrested,” Dlamini added.

I worked with him for many years on TV

#MarkBatchelor
My heart goes out to the family of Mark Batchelor. My heartfelt condolences to immediate n extended family. #RIPMarkBatchelor
?

My heart is shattered for my best friend in this whole world, Warren A Batchelor I love you. I am here for you. I’ll be with you holding your hand for as long and as much as you need it. RIP Marc Batchelor ???

Grew up watching him play. Big fan of him on the pitch and his ever so lively and outgoing personality.

Related Topics:Marc Batchelor
Up Next