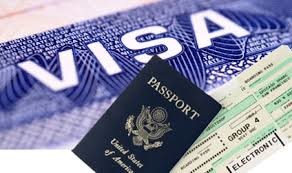 The Federal Government of Nigeria has approved the reduction of fee to be paid by U.S citizens entry into the country.

The U.S government on Tuesday, had announced an additional visa reciprocity fee for Nigerians who have been granted visa into the country, saying the decision is as a result of U.S citizens paying higher to get visa into Nigeria.

In a statement on Wednesday, Mohammed Manga, spokesman of the ministry of interior, announced that the visa fee for Americans had been reduced, according to TheCable.

Manga said the fee has now been reduced to $160, the application fee for Nigerians to get U.S visa

The Committee had concluded its assignment and submitted a Report but the issuance of authorisation for its recommendations was delayed due to transition processes in the Ministry at the policy level.

The Honourable Minister of Interior, Ogbeni Rauf Aregbesola has approved the decrease of Visa charges payable by US citizens in line with reciprocity policy as recommended by the Committee.

Accordingly, the Comptroller-General of Nigeria Immigration Service (NIS), Muhammad Babandede, has been directed to implement the decrease in Nigeria’s Visa charges to US Citizens with effect from Thursday, 29th August, 2019.

Related Topics:NigeriavisaVisa Reciprocity Fee
Up Next