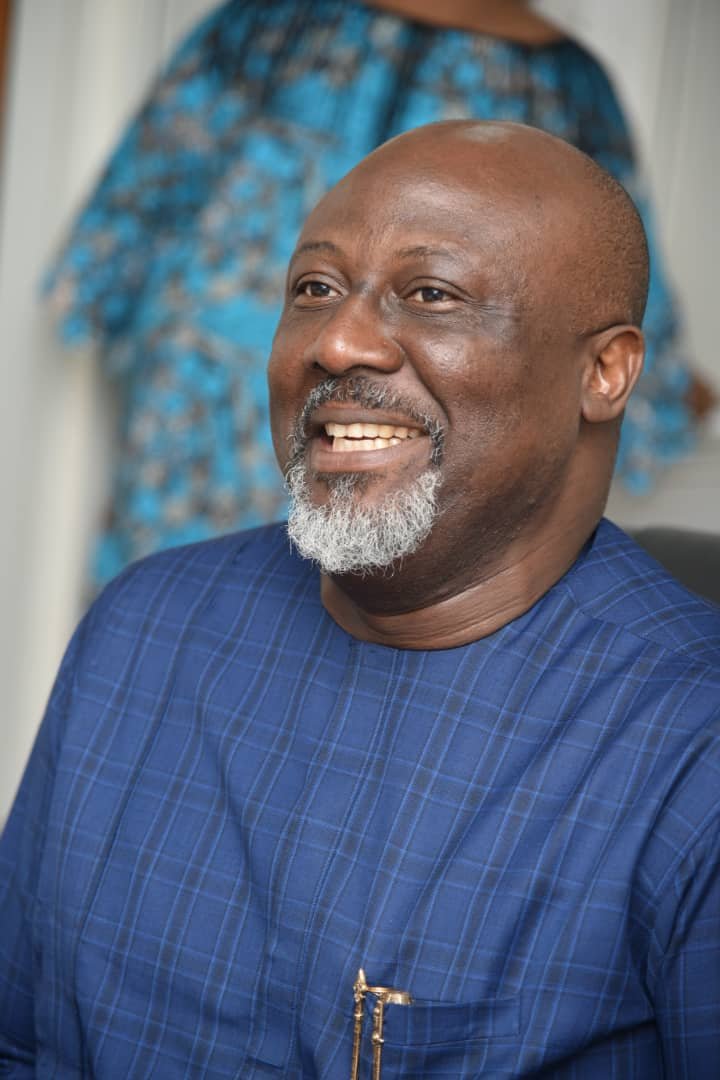 Senator Smart Adeyemi, who was the candidate of All Progressives Congress (APC) had approached the tribunal, challenging Melaye’s victory at the February 23 election, citing irregularities over voting and non compliance with the electoral acts.

The three man panel led by Justice A. O. Chijioke in a unanimous judgment on Friday, August 23, accepted Adeyemi’s ground and ordered a re-election into the senatorial axis.

Reacting to the news of the sack, Dino Melaye who has plans to run for Kogi state governorship election tweeted;

“On Tribunal judgement. No cause 4 alarm at all. Even if it went my way they will still go to the Appeal Court. Our mandate can not be taken. We will get judgment at the Appeal Court. There will be fresh election in Kogi West bc I will be Governor. For my Senate mandate no shaking” 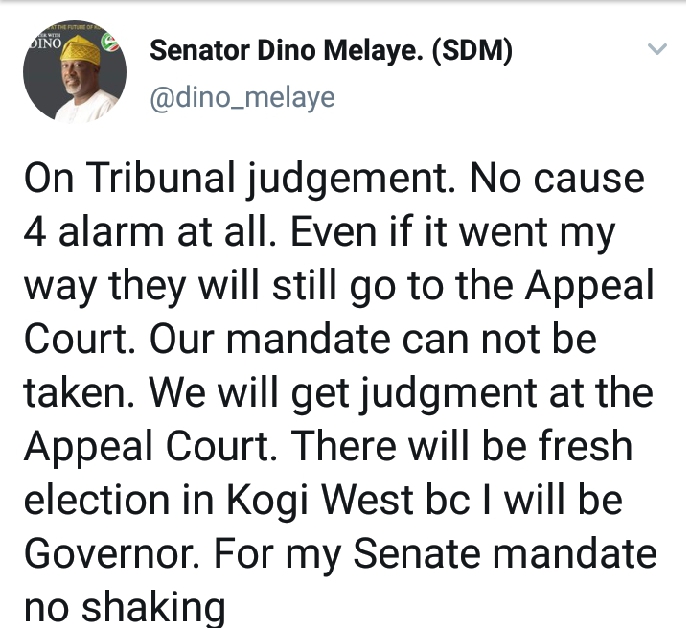