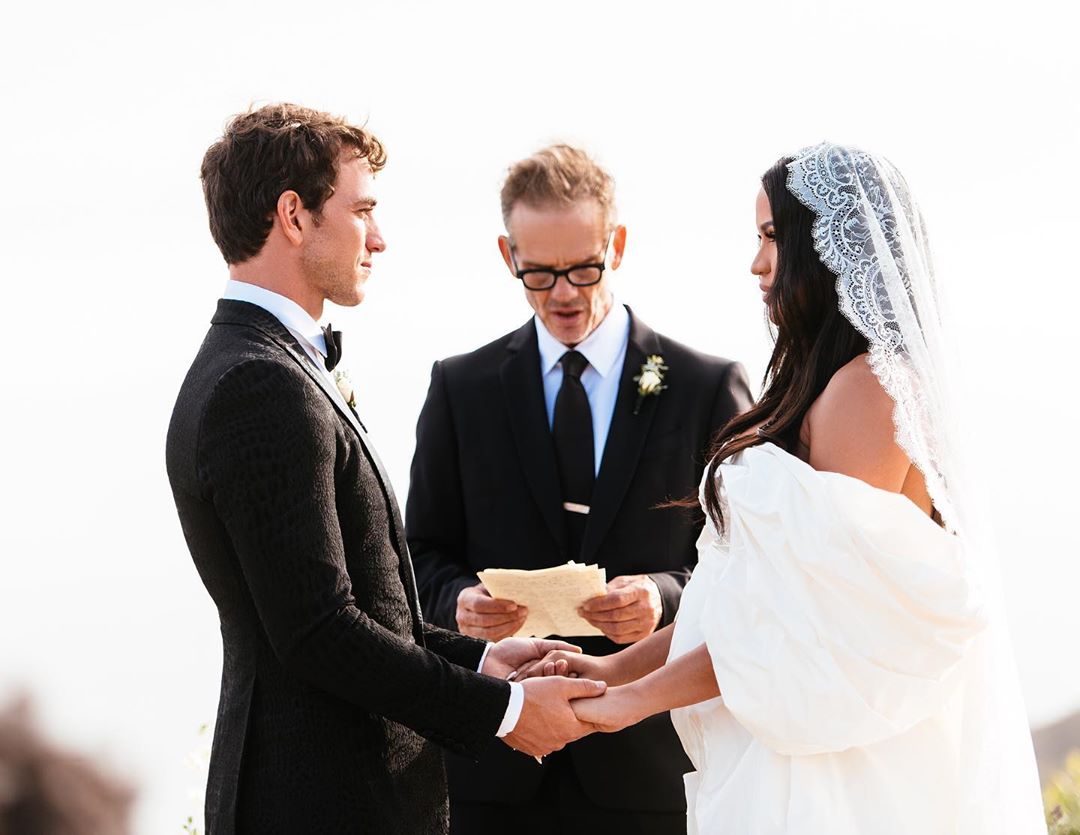 Cassie Ventura and her fiancé Alex Fine have officially tied the knot. The pair, who got engaged last month, tied the knot in Malibu, California on Sept. 25.

For their white wedding, Cassie wore an off-shoulder ivory gown paired with a lace veil, according to a photo shared on Instagram while her husband opted for a classic black tuxedo.

Cassie, who is currently expecting the couple’s first child, announced the news of her engagement on August 27 with a romantic proposal video.

The proposal video shows Alex Fine, riding a horse into the proposal scene with the letters “C” and “A” hanging above the couple, he then dismounted off the animal and got down on one knee to pop the question. Cassie was escorted towards Fine by Compton Cowboys leader Randy Savvy before accepting the ring.

Cassie announced that she and Alex were expecting their first child, a baby girl, back in June. In a sweet post on Instagram, Cassie announced the exciting news alongside a slideshow of photos featuring herself and Fine sitting in a car together.

Related Topics:Alex FineCassie Ventura
Up Next

Allow Us Re-introduce Godwin Tom & Enobong as The Toms ?