Fire Breaks Out at Unity Bank Headquarters in Lagos 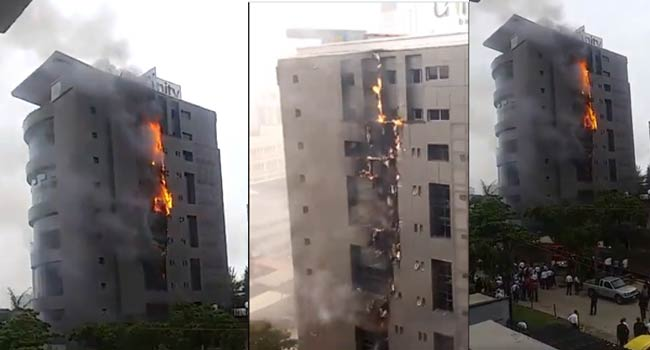 There was slight pandemonium at the surroundings of Unity Bank’s head office in Victoria Island, Lagos State as a result of a fire outbreak in some parts of the building on Monday, September 23rd.

While the cause of the fire incident is yet to be ascertained, the fire service has intervened and has brought the situation under control. No casualty or loss of life was  recorded in the incident.

We regret to inform the public that there was a fire incident on one of the floors of our Head Office building early this morning.

The cause of the fire incident is yet to be ascertained but the fire service has intervened and has brought the situation under control.

While the extent of damage is being assessed, we are happy to note that there was no casualty or loss of life as a result of the incident. From current observations, however, the Banking Hall and other strategic business areas were not affected.

We are grateful to all the Agencies and volunteers that supported in bringing the incident under control.

Further developments regarding the incident will be communicated as it unfolds. 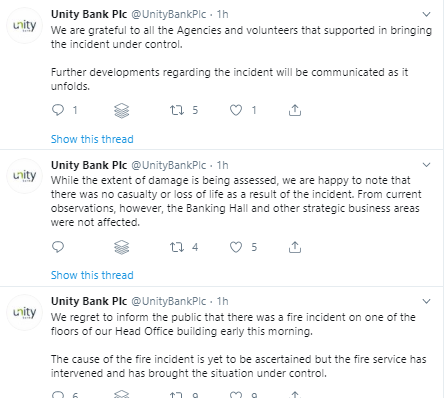 Related Topics:Unity Bank
Up Next

COZA Releases Statement on Busola Dakolo’s Rape Allegation against Biodun Fatoyinbo: It is “fuelled by envy and sheer jealousy”