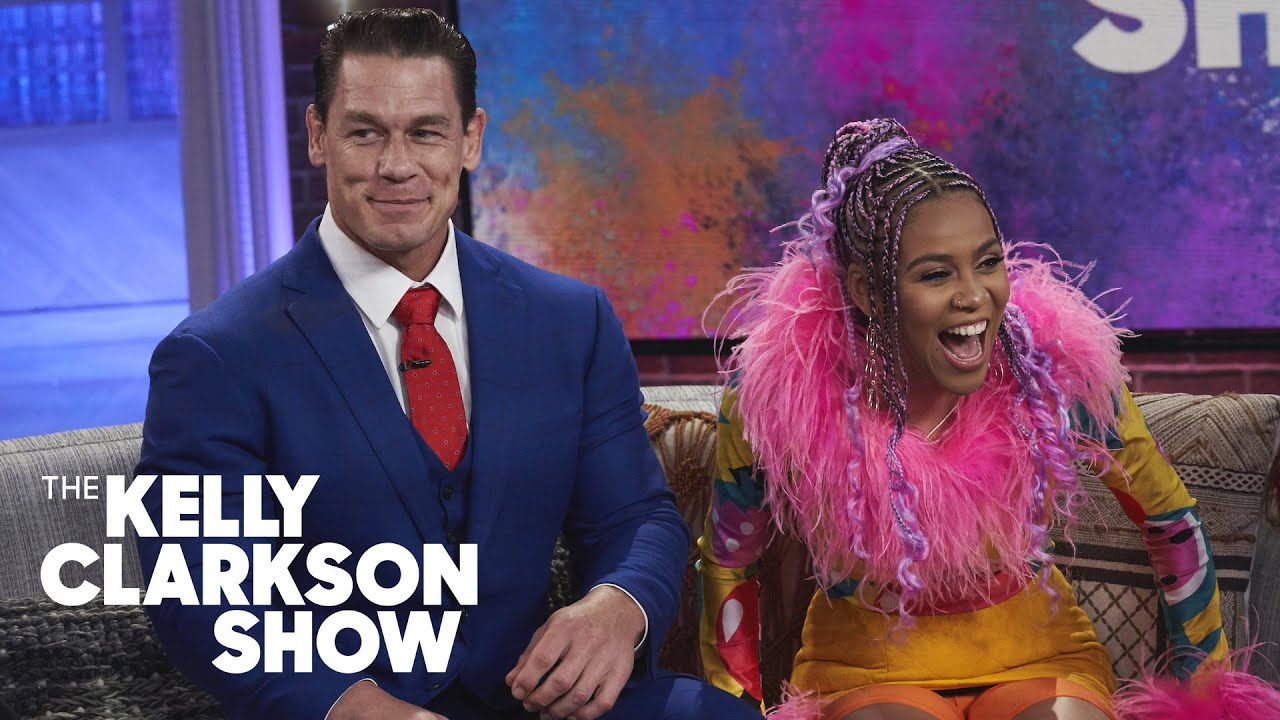 South African singer, Sho Madjozi got the surprise of her life while performing on The Kelly Clarkson Show.

The singer had sat with Kelly Clarkson to discuss her hit song and her love for WWE wrestler, John Cena. She’d revealed that she had yet to meet John Cena, even though her song about him had become a global hit.

“I don’t know if he posts for himself but on his page, he put a picture of me on there… and he doesn’t say anything, he doesn’t caption, he doesn’t tag me, nothing… but I love him, if I see him, I’m gonna freak out,” Sho Madjozi explained.

And she totally freaked out when she saw him.

While she was performing her song, John Cena snuck up behind her and danced with her for a few seconds before she noticed he was behind her.

Sho Madjozi screamed and jumped in excitement, and thanked Kelly before running to hug John Cena.

Watch: Through her authentic expression of African culture @ShoMadjozi has displayed to the world the unique identity of our African people, thus witnessing the joy on her face upon seeing her idol, #JohnCena has warmed my heart. Your success makes us so proud, keep shining! ?? pic.twitter.com/Zr21Tf8Oaw

Watch Joeboy’s Visualizer for “All For You”

Meet Gbemisola Ikumelo, the Nigerian Currently Negotiating to Star in Abbi Jacobson’s Amazon Series Adaptation “A League of their Own”