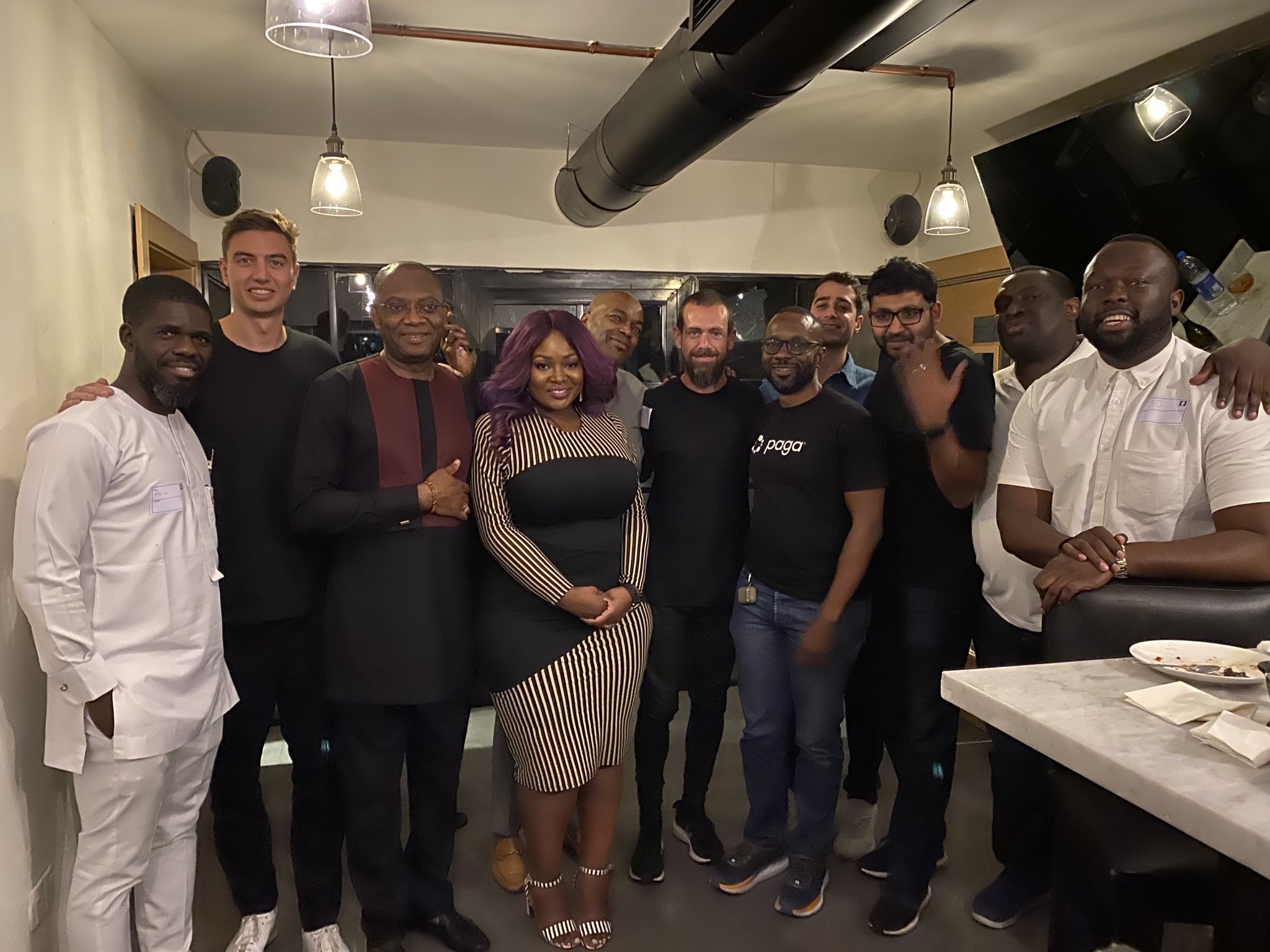 Co-founder and CEO of social media service Twitter, Jack Dorsey and some members of his team arrived Nigeria on Thursday, November 7, and his itinerary has been full!

He announced his arrival in Nigeria on his Twitter page, to some fanfare from users in the country.

It’s uncertain how long he’s staying, but today, Friday, makes it the day one of his arrival in Nigeria, and from the look of it, it has been pretty eventful.

According to photos shared on his twitter page, here’s a low-down of what Jack Dorsey has been up to.

First, on Thursday, he had dinner with a few of our faves (spot Toolz).

Then, Friday morning, he’s up and early at CC Hub.

From CC Hub he’s off to UNILAG…

Visiting @UnilagNigeria! Great questions with students and staff. I’ll be back pic.twitter.com/1lCQxrkxPx

Thank you for the tour and chat today ⁦@Andela_Nigeria⁩! pic.twitter.com/uROVPeBVmF

Finally, he makes a stop at Techpoint, where he meets up with the entire crew.

We bet his itinerary on Saturday (if there’s one) will be just as eventful.

#BBNaija’s Seyi Awolowo is the Newest ONE Ambassador