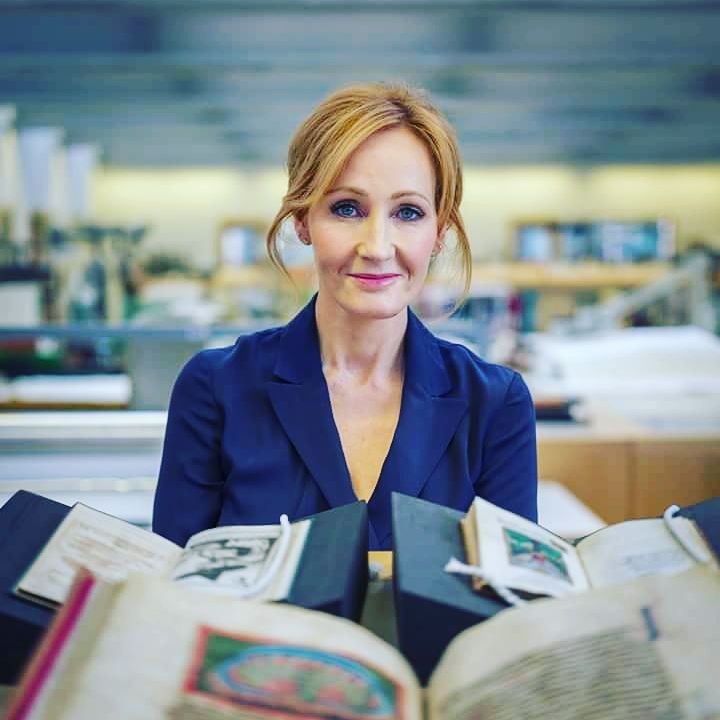 J.K. Rowling is currently trending on Twitter and it’s not because she’s about to release a new Harry Potter book.

The British author received backlash online for tweeting in support of 45-year-old Maya Forstater who was fired from her job, over a series of tweets questioning government plans to reform the Gender Recognition Act in order to make it easier for transgender people to self-identify as what they say is their rightful ge​nde​r.

After taking to Twitter to express her shock and disbelief, Forstater attracted a following of supporters using the hashtag #IStandWithMaya, with J.K. Rowling among them.

“Dress however you please. Call yourself whatever you like. Sleep with any consenting adult who’ll have you. Live your best life in peace and security. But force women out of their jobs for stating that sex is real?”

The tweet was accompanied by the hashtags #IStandWithMaya and #ThisIsNotADrill.

J.K. Rowling’s tweet has drawn criticism from lots of twitter users who refer to her as being transphobic.

Supporters of trans rights are disappointed in the author, with many suggesting that she has misinterpreted the ruling. Others said that Rowling is a “Terf”, an acronym of Trans Exclusionary Radical Feminist to describe people who oppose trans rights on a feminist basis. Some people consider this term to be offensive.

See some of people’s reactions below:

My daughter, who is trans, is a big fan of yours. It breaks my heart to see you post something indicating that discrimination against her is perfectly fine behaviour for an employee.

I grew up as a trans child reading your books as an escape. I would often pick out names from characters to give to myself, before I ever felt comfortable in who I was. This decision, to support people that hate me, and want to do me harm. It brings me to tears… Why. Why?

This is incredibly disappointing to see, from someone whose writing espouses so much kindness. Ms. Forstater has the right to think what she pleases, but she does not have the right to expect that employers will always be okay with that. Trans people have to go to work too.

I transitioned at 18 but I would have done it at 16 had it not been for people telling me I'd never be a "real girl". Then, when I finally plucked up the courage, people would shout at me in the street to tell me I wasn't a "real" woman, making me afraid to go outside for years.

As a gay man that found safety in Hogwarts throughout my childhood – knowing that Trans people wouldn’t be able to have that safety breaks my heart.

I have been a huge fan of yours for as long as I can remember, and it breaks my heart to see this.

Trans women are women, and all I and others like me want is to be treated with respect & kindness – which unfortunately is something Maya refuses to do. pic.twitter.com/zGq4UxVo8l

I never imagined that you’re transphobic.
It’s break my heart, since childhood I’ve been a big fan of your work.
You created a wonderful and diverse universe where each character was unique and important.
Sad to read how in real life you don’t know how to apply the same.

It still disappoints me that someone who created one of my most beloved childhood stories is a terf. pic.twitter.com/4eu6eHmkv8

Biological sex is absolutely real but it is still more than a binary and having your sex changed to match your identity is real and valid. Maya seems very anti-trans and that is not okay. I thought you supported all people. (Not debating the law here just the anti-transness)

Just because you retroactively made Dumbledore gay doesn't mean you get to be the supreme arbiter of queer issues Rowling, stop spreading this dangerous transphobic rhetoric

Brother Nature is Excited to be Visiting Nigeria for the First Time!

Tiwa Savage & Wizkid are also Dissociating Themselves from COZA