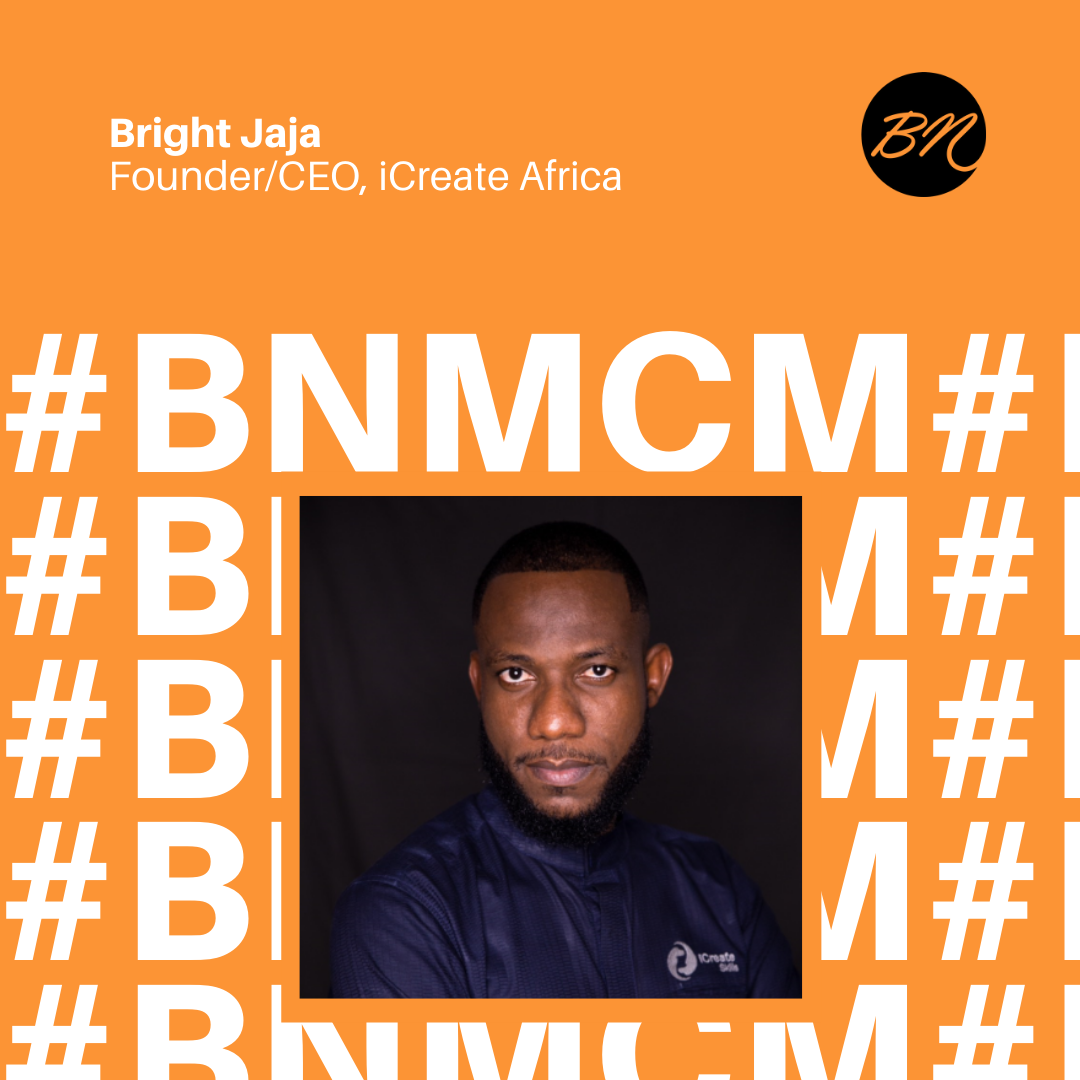 The two major causes of the unemployment challenge in Nigeria and Africa are inadequate jobs, and lack of employability skills among people seeking for jobs. Our #BellaNaijaMCM this week is working to solve the latter.

The following year, he founded iCreate Africa, whose focus is to “address the societal perception affecting youth participation in technical skills by rebranding technical skills, uplifting the profiles of skilled professionals and projecting skills in the mainstream.”

Part of the reasons for the rise in unemployment is that the pupils and students were not adequately prepared for the skills of the future. This is also what Bright’s iCreate Africa is working to achieve.

iCreate Africa is not just raising the profile and recognition of skilled professionals through rebranding and projecting the value of skills in the mainstream, it is also  preparing youths for skills of the future. It trains youths on artificial intelligence, block chain technology, drone technology, nanotechnology, digital farming, among others.

The platform also hosts the yearly – The iCreate Skills Fest – to promote skill excellence, showcase skills standards and careers, demonstrate benchmarks of excellence in teaching and learning, and create interest for public sector agencies, private organizations, and individuals to invest in skills development.

The two-day skills competition features individuals from across West Africa competing in skill categories such as brick-laying, plumbing, carpentry, tailoring, hair-dressing and more.

According to Bright, over 80,000 people have been impacted by iCreate Africa’s programs and have gone on to secure contracts with several individuals and companies.

iCreate Africa also runs a Skills Champions Network through which people who emerged from their skills competition serve as ambassadors of the company’s vision for dynamic, skilled and responsible skills professionals.

Bright is the recipient of the Award Festival Award for Innovation and Excellence in Entrepreneurship and Digital Influence at the 2019 Soundcity MVP Awards. He’s also one of the 30 people in the Forbes Africa 30 Under 30 list for 2019 (Business Category).

Bright, through iCreate Africa is working to launch iCreate Skill Hub, training centers and an app to connect skill services to clients across Africa and we’re totally rooting for him.