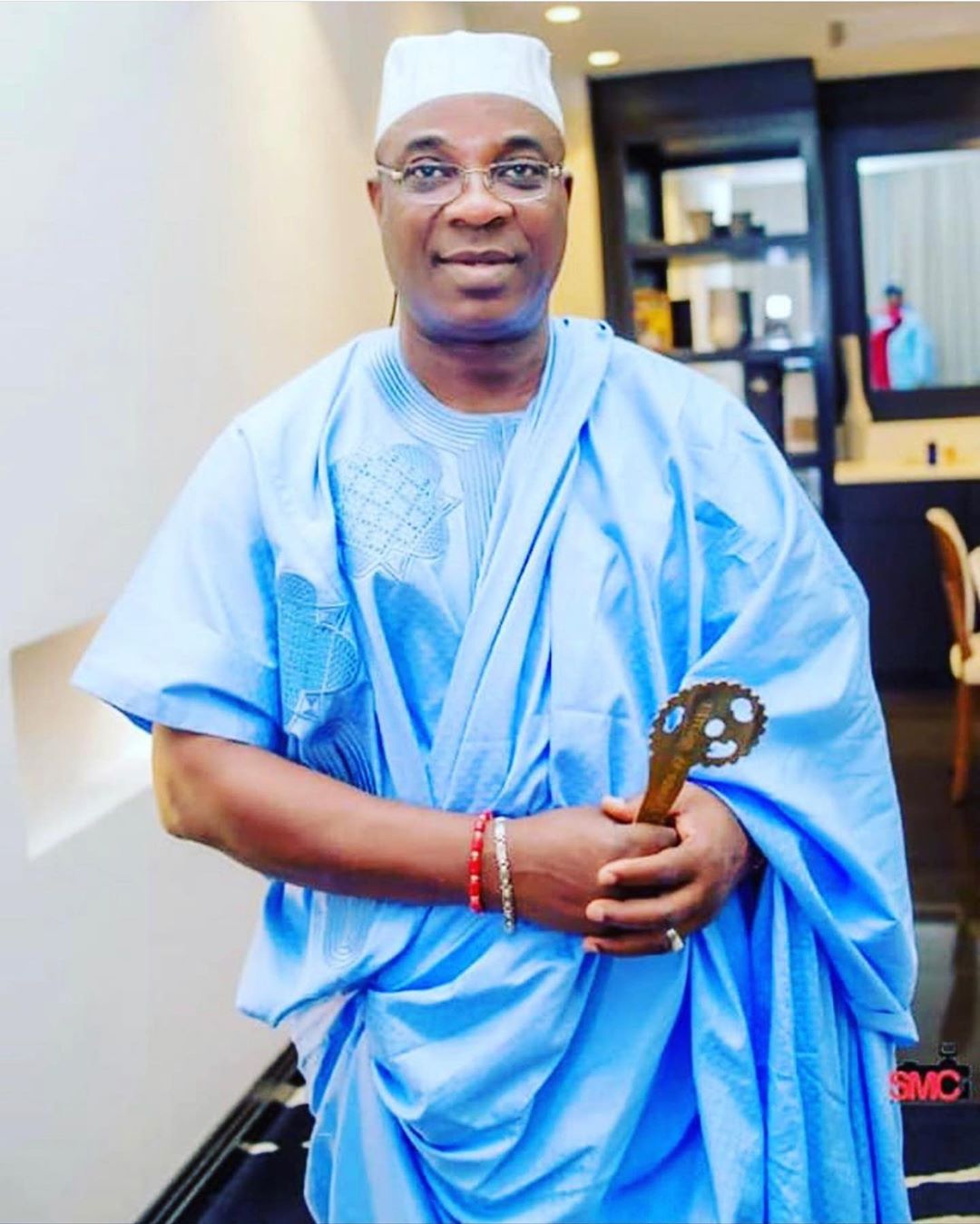 King Wasiu Ayinde Marshal, popularly known as KWAM 1, is debunking reports of an alleged romantic relationship with one of the wives of the Alaafin of Oyo, Queen Ajoke Adeyemi.

The report, which was making the rounds on social media, stated that the Queen was sent out of the palace on allegations of having a romantic relationship with KWAM 1.

Meet Olori Badirat Ajoke the youngest of ALAAFIN of Oyo's wives sent out of the palace yesterday on allegations of having adulterous affairs with KWAM 1 pic.twitter.com/U7O5f9kFsK

In a statement released by the musician’s media aide on Instagram, it reads:

The attention of Fuji Maestro and Mayegun of Yorubaland, Alhaji Wasiu Ayinde Marshal, K1 De Ultimate, has been drawn to the rumour making the rounds in the past 48 hours, on social media platforms, where it has been alleged that the music icon was having an affair with Olori Ajoke, one of the wives of Alayeluwa, the Alaafin of Oyo, His Imperial Majesty, Oba Lamidi Adeyemi 111.
Ordinarily, one would have waved off this allegation as one coming from the warped mind of one possibly numbed by high covid-19 fever.

But as known in these parts, a lie repeatedly told, has a way of transmuting to truth.
Let me categorically state that the rumour is lies concocted from the pit of hell by those whose aim is to drag to the mud, the name of K1 De Ultimate and ultimately that of the most revered kingdom in Yoruba land.
These agents of Lucifer have continued in their warped delusions to see K1 go to the ground just for being conferred with the title of Mayegun of Yoruba land. The Alaafin’s crime is the conferment of the honour, hence the grim plot to drag him down also. Moreover, the higly respected Monarch and his Olori have both debunked the story as baseless and fabricated.

For the records, as the Mayegun of Yorubaland, K1 is aware of the customs and traditions of the Yoruba and as such, can not put the culture and tradition of the Yorubaland to disrepute.
Let me remind the rumour mongers that Nigeria has adequate laws to bring anyone who has embarked on character assassination of the innocent to book. The fans and the general public should be rest assured that we will legally seek redress for this allegation.