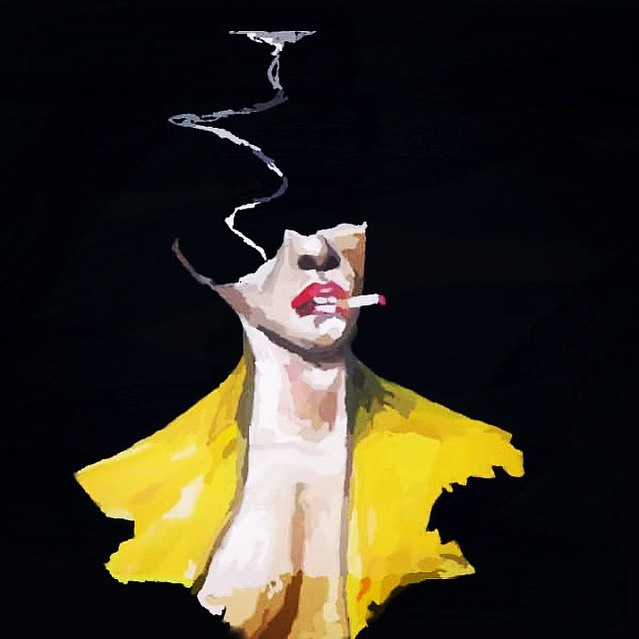 A lot can happen to you when your project is touted as one of the best to ever come out of the country. The acclaim will either get to your head or force your hand to do better. This was the situation Brymo found himself in 2018 after his sixth studio album dropped.

First, he must sort out the problems he had with the electronic drums used in Oṣó. For this, he called on Skata Vibration to create the EP titled A.A.A. His next task would then be to record a body of work that would trump everything he achieved with that same album.

The vision was clear and he had all the mechanics he needed to accomplish it. Perhaps working with a single producer and an A&R management team was the most useful mechanics of all.

Brymo’s producer, Mikkyme, and his manager and A&R, Lanre Lawal, have been working with him for over ten years. They kept on working together as he hones his craft. The role of that stability is unmissable in the singer’s seventh studio album, Yellow — which is also possibly his last studio album.

While in Brymo’s earlier work, his lyricism easily shines, with Yellow, it is extremely difficult to ignore the production quality. Its technique amplifies his ideas and musical abilities.

The artist is idealistic. And with each of the songs on this project, he lays down most of those ideas in an almost unequivocal way. Followers of the artist are already familiar with his politics, especially as it relates to women, sex and race. However, those politics leaps into your mind with a clarity that confuses you.

The confusion arises when you try to ascribe meaning to what you are hearing. Brymo’s eloquence on ‘Esprit de Corps’ tricks you with its simplicity. With a bit of context, the song begins to sound like one of his examinations of the problems affecting the black race than about love.

On ‘Blackmail’, a song about a rocky relationship, you may be sure that he did not embed any meaning other than of troubled love. But as soon as you climb into ‘Ozymandias’, you start to feel yourself getting sucked into a vortex of meanings again.

The lead single from the project ‘Strippers + White Lines’ is equally as layered as the opening track on the album. The artist tells a nuanced story of how, despite his accomplishments, the marks his origin (the ghetto) left on his mind remains as prominent as his fame. “Strippers + White Lines” is the point where Brymo begins to dip the listener into emotive states, a sullen one in this case.

‘Without You’ provides a proper gateway into the Pidgin-English sung ‘Woman’. Brymo’s declaration of love on this song strikes you at the softest part of your heart. In fact, you want to immediately be the woman the singer had in mind when he wrote the song.

If you are fond of drawing parallels, you may try to do that with ‘Black Man, Black Woman’, ‘Gambu’, ‘Strippers + Whitelines’ and ‘Esprit de Corps’.

“Gambu, you dey sing for thief, Gambu, you go sing for me, person wey dey follow rat e go chop shit, but I go still go follow you, love only me and be my own Gambu,” the artist sings.

In every Brymo project, it is difficult to pick a favourite. The more you listen, the more likely you are to strike another precious stone. The alt-pop number, “Rara Rira”, is one of such and it is capable of evoking positive nostalgia in you. While you are happy, singing along to the hook on first listen, before you know it, it leaves you with a single one for the road; “Black skin people dey run, some dey wait for help from the Lord,” further reinforcing the artist’s perspective on certain racial dynamics.

There is one uncanny attribute most of the lyrics on Yellow shares. Each of them has the ability to create a complete picture in your head. Where English fails to do the work, because of first language constraints, the Pidgin English does the job, and where that fails, the Yoruba definitely holds up. Take ‘Adédọ̀tun’, ‘A Fèédú Fan’ná’ and ‘Ọ̀run n Móoru’, for example, these songs have a way of making your head expand in pride, even if the language of delivery is your second or third language.

Brymo prides himself as Pan-African and more importantly, Pan-Nigerian. He has demonstrated this, not with his lyrics, but in his choice of collaborators. As a testament, ‘Abụ Ya’, the last song on the album, performed by Lindsey Abudei, was delivered completely in Igbo. Other references to this include his work with Skata Vibration (Jad Moukarim, Laughter, Ade Omotade and Stiques — the Hausa vocalist).

The feeling Yellow leaves you with is both robust and rigorous. It is as if you have read a well-written book of fiction. Except that this time, it is sung and consumable without the tedious effort of thumbing through hundreds of pages.

Yellow is simply Brymo saying he is the greatest. And instead of punching the words on his screen into his Twitter feed, he presses them on a plate before proceeding to serve them as receipt for the perusal of those who think he is and the ones who do not understand why he claims to be the greatest.

Notiki Bello is a digital copywriter with a keen interest in what people now refer to as the Alté scene. He considers himself a pro-Nigerian music head who is actively observing the unravelling of the Nigerian pop scene. Notiki listens to Fuji music and Igbo Highlife music to calm his nerves.