What Should You Do When Your Friend Goofs on Social Media? 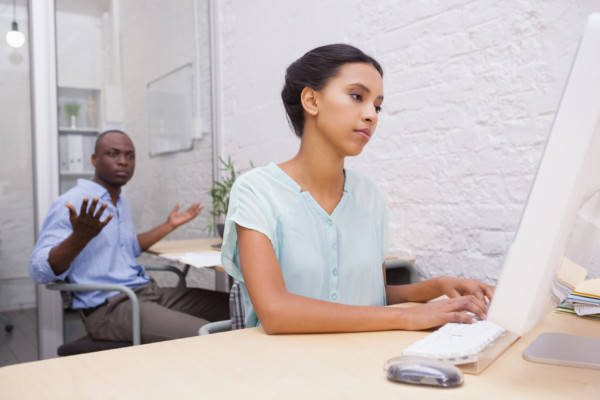 With the many gbas gbos that happens on social media on a daily basis, there’s a possibility that one day, your friends might make a mistake, behave badly or say something that’ll make them get dragged.

For your friends, they will be left with the responsibility of defending themselves and clearing their names. For you, you might be caught in-between, torn between having to defend or publicly support your friend or having to stand by what is right.

It is human nature to want to defend your friend especially when you have known him/her for a long time. There’s that impulse to say something like “guys, calm down, this person is not like that, he just made a mistake”.

But what do you do when your friend goofs on social media? And people are dragging him/her?

What’s your relationship with your friend?

Many times, defending your friend depends on the relationship you have with him/her. How close are you? How well do you know this friend? Many times, we know people at work, in our neighbourhood, in the church, and then we assume that we already know them so well. Before you can come out to defend someone on social media, you should first ask yourself “how well do I know this person?” The fact that the person is so nice to you does not mean that he/she can’t be mean to someone else. The fact that that uncle is a prayer warrior in church or a devoted Muslim does not mean he cannot be a thief somewhere else. That you feel comfortable with your friend does not mean he cannot rape someone else. So before you rush to defend anyone, ensure that you know that person so well.

What is the issue on ground?

When it comes to issues of rape, sexual assault, and your friend goofs… then you should look well before you leap to defend your friend. When it is also a quarrel between your friend and another person, you should be careful when you want to become the ‘judge’, especially if you don’t know the origin of the quanta. In the process of trying to be a good friend by defending your friend, it’s important not to stain your white with palm oil.

If the issue on ground is just ordinary bants, arguments about a particular topic or sheer yabis, then you can chook your mouth. Otherwise, be careful.

Let’s say, for instance, you strongly preach against rape and sexual harassment and your friend says something like “if a lady visits a man in his house, then she’s responsible for anything that happens. I’m a lady and I know I can’t be raped because I’m decent“. Imagine how hypocritical and ass-licking it would be if you support your friend. It is even worse when you turn yourself into shalaye FC by trying to explain her words – “ehn, that’s not what she meant, she’s just trying to say…”

In fact, it is better to just keep silent than to misyarn.

But when is silence not really silent?

In the face of injustice

Your friend had a slight argument with someone on Instagram and then suddenly, he begins to flex his muscles and threaten the person with his job – “I’ll ensure you are fired”, or prison – “I’ll make sure you rot in jail”. Now, everyone knows your friend was taking it too far and he was just trying to bully the other party and they are tagging you to do or say something. What do you do? Do you scold your friend publicly, support your friend or look away and keep mum?

In this case, looking away when your friend is bullying someone automatically means you’re in support of his actions. After all, a well-timed silence is the most commanding expression. It is the same way people will keep quiet when SARS slaps you tomorrow. Being a good friend does not mean keeping quiet in the face of injustice, it means calling your friend to order when he/she crosses that line.

When your friend commits a heinous crime

If your very good friend is accused of raping someone on social media, would you look away? Especially when people know you to be very good friends online. Looking away and keeping silent means you do not care. Now, while you might not join the crowd in demanding for your friend’s head, what you can do is make a post in your timeline condemning rape, reiterating the fact that sexual abuse – in all its forms – is a huge crime against humanity and dissociating yourself from rapists and sexual abusers. That way, you have spoken up for the victim(s) and (in)directing let your friend know that you wouldn’t be supporting him/her.

It is also important to note that while your silence can mean a lot. You should also not be pressurized to speak when your friends goof on social media. Let them carry their crosses themselves. You’re not their mouthpiece. It is okay if you don’t want to be roped into their scandal. It is also okay if you don’t have any opinion concerning their palava. Don’t let people guilt-trip you into saying something because “they’re your friends”.

The most important thing is to know when to stand up for the truth – even when it involves your friends, and when to look away and let them shoulder their problems.