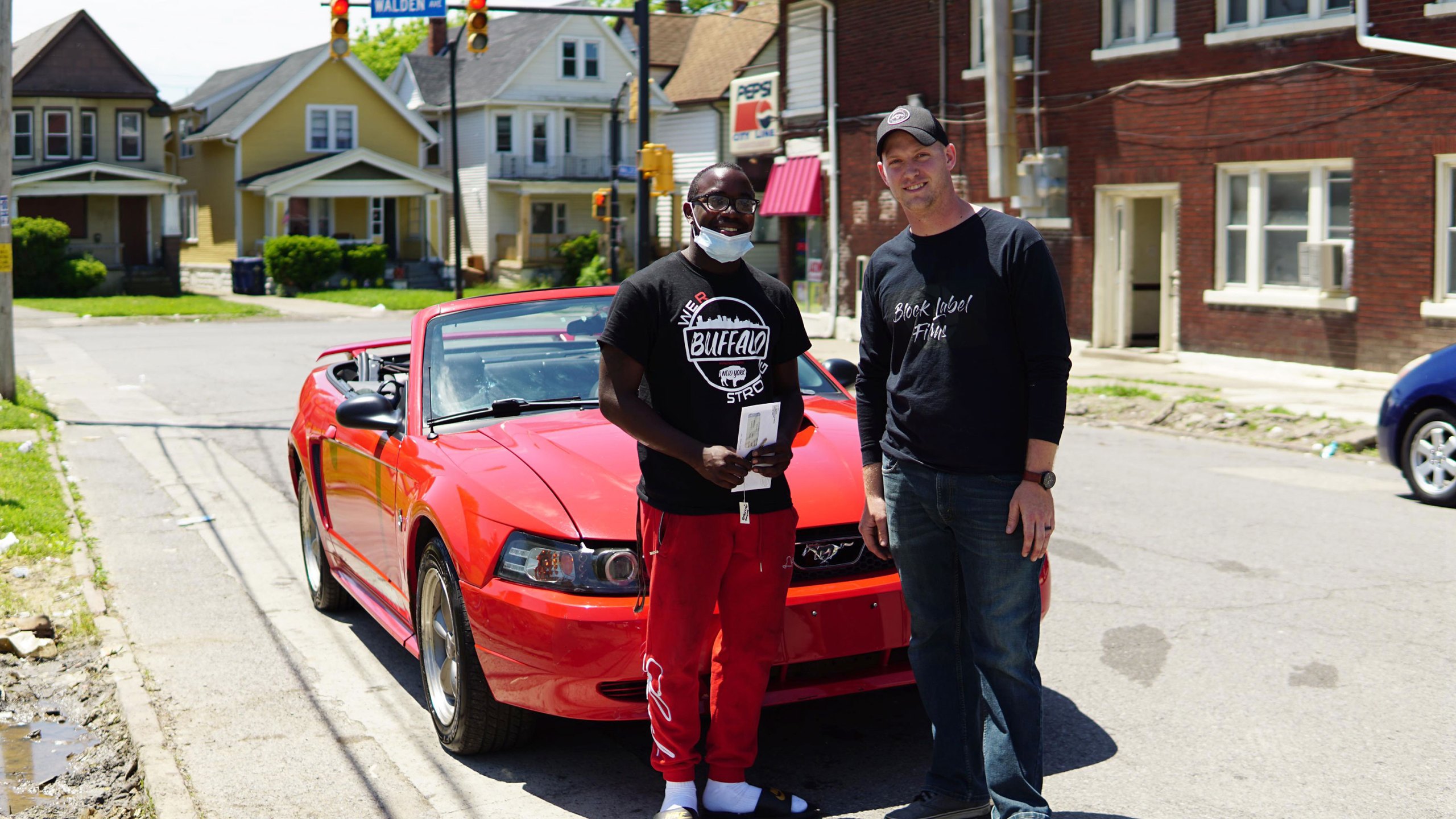 An 18-year-old high school senior, Antonio Gwynn Jr. is now the proud owner of a 2004 Mustang after Matt Block decided to gift him a car as a reward for cleaning up after protests in Buffalo, New York.

Antonio saw on the news that Bailey Avenue was covered in glass and garbage, and he knew people needed to use that street to get to work in the morning, CNN reports. He then set out early in the morning at 2 a.m and spent around 10 hours cleaning up after the protest.

“The car he sent me a picture of was the same exact car that my mom first got me. It’s the same colour, same everything,” Gwynn told WKBW.

Bob Briceland, CEO of an insurance agency will be covering Gwynn’s auto insurance for one year and he has been offered a full scholarship to study business in Medaille College.

“I literally stopped, pulled over, and started crying. So did my great aunt. My little cousin did also… I always wanted to be someone to help everyone with their car problems. This is a great opportunity I have right in front of me,” said Gwynn.

“I appreciate everything everyone is doing for me”, Gwynn says appreciating the community for their generosity.