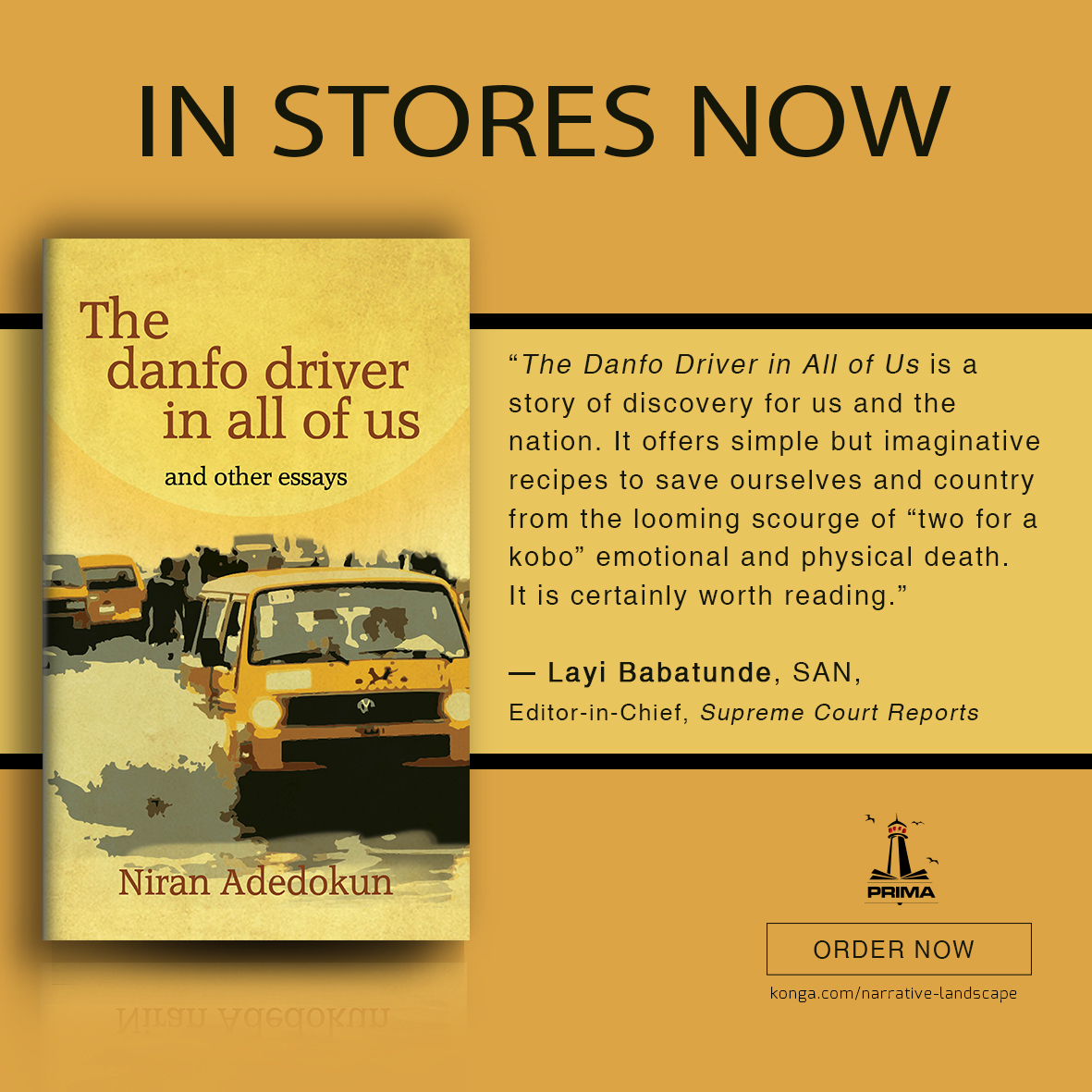 Penultimate Sunday in church, I heard a story that made my stomach turn. While trying to encourage members of The Fountain of Life Church, Ilupeju, to invite men to Discovery for Men, a quarterly interdenominational gathering of men started by Pastor Taiwo Odukoya in 1997, Mr Taiwo Akinlami, a Lagos-based lawyer and rights activist, noted that this was an extraordinarily difficult time for men and families.

To explicate this point, Akinlami said that the confusion of this season was making a lot of men abandon their homes, either to live with other women or just dropping off the radar without a care for the wife and children at home. He told his listeners that he was privy to many of such cases and he graciously shared one story about a man who left his wife and children and disappeared without a trace. One day, months after he left home, his wife, while driving on the Lekki-Epe Expressway with and the children, saw a man who looked like their erstwhile champion in the company of another woman. They caught up with him at the tollgate; the wife deliberately ran into the car he was driving to get his attention. When he came out of the car and his family accosted him, he flatly denied knowing them. But his accusers did not let him off easy until they were all dragged to a nearby police station.

These are indeed unusual times in Nigeria as this trend is not new, especially in Western countries. An article entitled, “The Extent of Fatherlessness”, recently published by the National Centre for Fathering, a United States-based nonprofit, suggests that over twenty million children currently live in homes without a father in the US. The article further indicates that there are millions of other homes where fathers are physically present without any emotional commitments. Another article with the title, “The Nine Devastating Effects of the Absent Father”, published last June on thefathercode.com, suggests that about forty per cent of children in the West go to sleep in homes in which their fathers do not live. It adds: “Before they reach the age of eighteen, more than half of our nation’s children are likely to spend at least a significant portion of their childhoods living apart from their fathers…”

The point here is that the problem of fathers abandoning their homes is not an entirely new one. I do not even think it is new to Nigeria, although we are not likely to admit this challenge until it attains epidemic proportions and becomes uncontainable. A lane that no society should travel. Even if we do not speak about it, cases like the one cited earlier are on the increase in Nigeria. Every day, you hear mind-boggling tales of men walking out on their families without looking back. You also hear about some who stay at home but have given up their position as husbands and fathers. One of the most common reasons for this is that these men claim to be overwhelmed by family responsibilities. Here, the first thought that comes to mind is the weight of financial demands on the man especially as things get increasingly difficult in this country. As is usual with men, when these financial challenges surface, they do everything to retain their esteem within the family even if it means seeking demeaning jobs.

However, when a man does not communicate his efforts and challenges with his wife, who is also working and dealing with the bulk of the work at home, you find a family that is not walking together and prone to a combustion, which often leads to the ultimate split. Psychologists identify that men who are used to lording it over their wives and children during their financial moments in the sun, are more prone to run away in the event of a turn in their fortunes, which makes it impossible for them to exercise the same level of control. They withdraw into their shells, ready to do anything to save face. This is worse when the family criticizes them about their incapacity, and they run out of their home due to shame and a sense of lack of worth.

But Roland Warren of the National Fatherhood Initiative in the US opines that men who do not feel like the perfect father simply because of their financial state have a gross misunderstanding of the role of a father. According to him: “Good fathers do three things: provide, nurture and guide. Yet, too many men have warped ideas of what this means, and it sets them up for feeling unworthy. The provide part, a lot of times, guys will make that economics. But it’s not just about presents… but presence…”

He explains further that some men create a false script of what an ideal father should be and when they don’t live up to that wrong image, they feel unworthy and begin to “pull away”. This pulling away is gradually leading to the collapse of the family unit and communal essence of African societies, bringing with it grievous social consequences that we may not immediately see. This is more so because a lot of young Nigerians would now rather just have children out of wedlock than tie themselves to some eternal commitment. This simply means that the idea of children growing up without the attention of a father may soon become commonplace in Nigeria, a signal that portends grave danger for the country.

In the US for instance, some advocates for proper fathering suggest that almost every social ill faced by America’s children is related to fatherlessness. These evils, which Nigeria may soon find itself exposed to, include, the rise in the increase of suicide by five times; dramatic increase in the rate of depression and anxiety; thirty-two times average rate of incarceration; lower job security; increased rates of divorce and relationship problems; increase in use and abuse of drug substances; increase in social and mental behavioural issues and ultimate increase in the rate of crime. There is also the problem of decreased education levels and increased dropout rates. Statistics show that seventy-one per cent of high school dropouts are fatherless children, scoring poorly on tests of reading, mathematics and critical thinking skills. Chances that such children who would stay beyond the age of sixteen in school are said to be limited.

When we imagine that most of those who currently misgovern our country came out of functional families and had the opportunity to attend good schools, we should be able to picture the dangers that our country could face with the failure to tackle the increasing rateof the dysfunction of family units. Religious leaders inNigeria should now pay attention to the need for families to stay together instead of pursuing selfish pecuniary interests. Just as we need support groups to encourage men and build their capacities to cope with the current economic downturn and whatever interruptions they might face in life.

Most importantly, government at all levels must pay attention to the dwindling ability of the Nigerian to fend for himself and his family. Without concerted efforts at supporting families and respecting government’s social contract with the people, the fight against corruption and crimes would remain a joke. But even then, what we see now, is nothing near the impending risk we bear if we do not take care of the family unit. 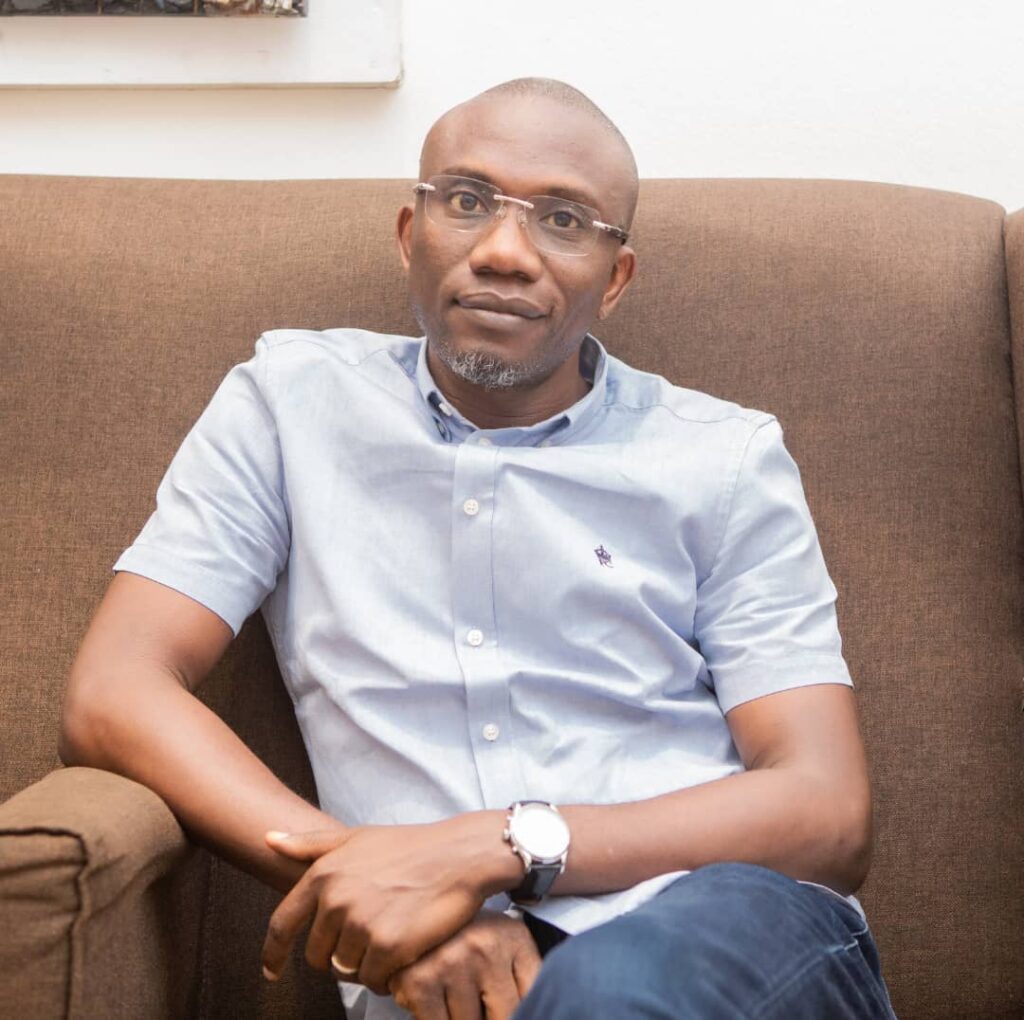 Niran Adedokun is a public relations practitioner, lawyer and writer. Adedokun is also a columnist with The PUNCH and Thecable.ng newspapers, and the publisher of www.eelive.ng. His first book Ladies Calling the Shots, a profile of seventeen top female film and television directors in Nigeria, was published in 2017. The Danfo Driver in All of Us and Other Essays is his second book.

The book can be purchased at Rovingheights bookstore and Page bookstore at the moment for just N3500 only. It is also available on our Konga site. Please see the link below:
https://www.konga.com/product/the-danfo-driver-in-all-of-us-by-niran-adedokun-4794674