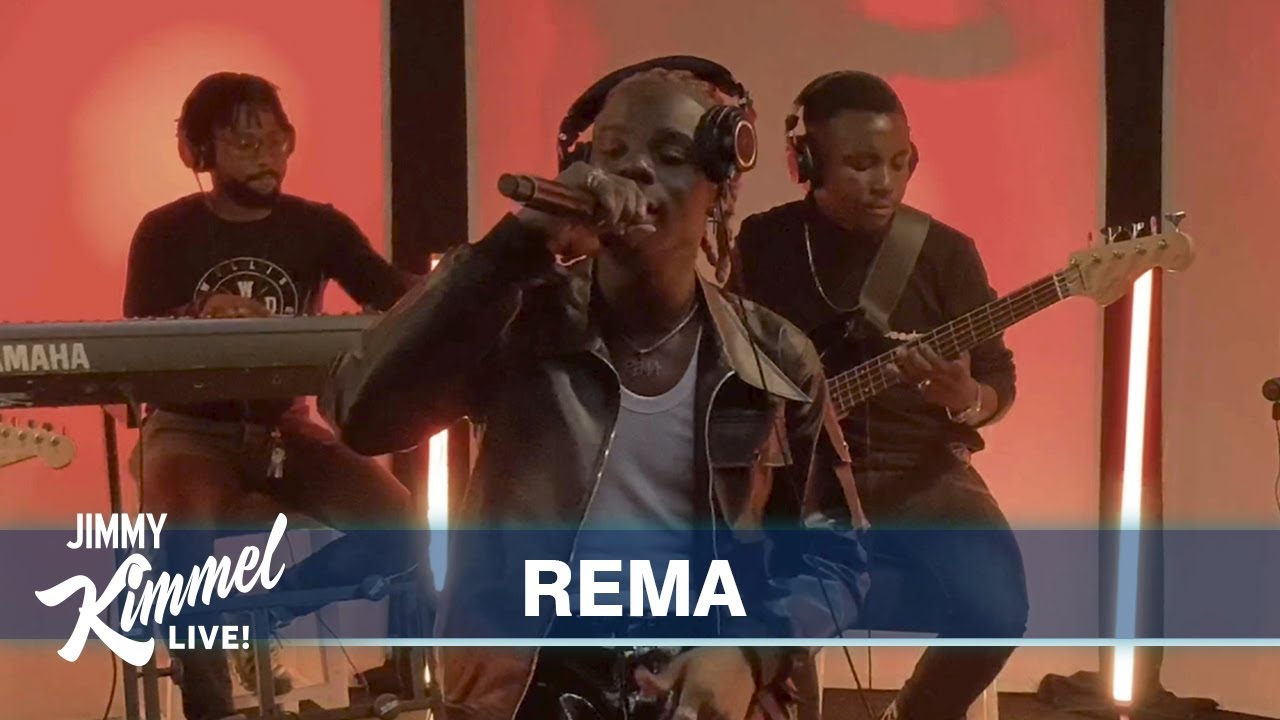 Rema had initially announced he would appear on the American late-night talk show, created and hosted by Jimmy Kimmel, and broadcast on ABC. On the show, Mavin’s wonder boy performed his 2019 hit track, “Iron Man“.

And the Apple Music “Up Next” artist came, saw, and delivered.

This comes a year after Burna Boy starred on the show, where he performed some tracks off his “African Giant” album.