“A Selfless Hero“ — Tributes Pour In for Captain Chike Ernest, Pilot of the Helicopter that Crashed in Opebi 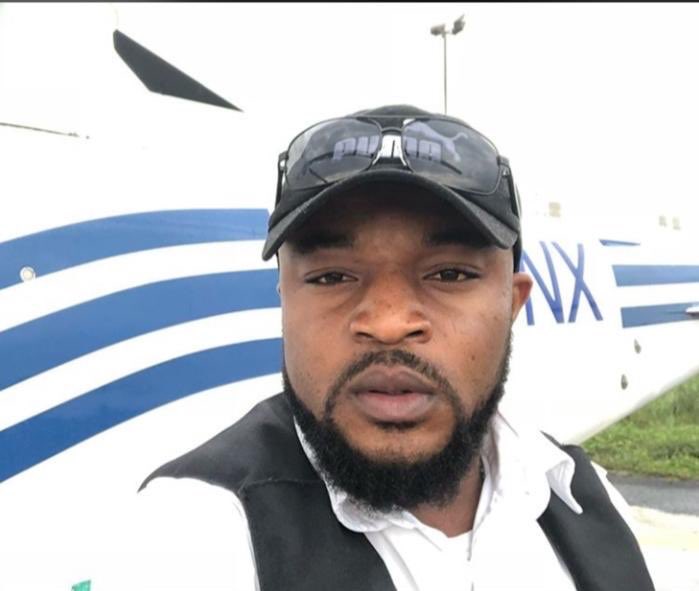 A Bell 206-3 helicopter with registration number 5N-BQW belonging to Quorum Aviation crashed into a wall between two buildings at 16 A Salvation Road, Opebi, Ikeja on Friday, August 28, 2020.

Witnesses said the aircraft first hovered around the area and suddenly began to shake as it nosedived with a heavy noise. It fell in between two compounds; the cockpit on one side and the tail on the other. The walls of the compounds were damaged as were some cars parked therein.

According to the statement issued by Quorum Aviation, the three occupants were crew members who flew in from Port Harcourt.

Two of the crew members died at the scene of the incident while the third person survived and was rushed to the ICU in Lagos State University Teaching Hospital LASUTH.

Sadly, he later lost his life.

Nigerians are paying tributes to the pilot identified as Captain Chike Ernest for avoiding maximum casualties.

According to human rights activist, Omoyele Sowore, Captain Chike Ernest, manoeuvred the ailing chopper to avoid maximum casualties on the ground. He dumped fuel to avoid explosion on impact.

Paying tribute to the selfless hero, he wrote:

Chike Ernest is not the one trending in Nigeria today on twitter, at least no on my end, however he deserves to be honoured as a selfless hero he is.

This Is Captain Chike Ernest, pilot of the helicopter that crashed into 2 homes in Lagos yesterday. He manoeuvred the ailing chopper to avoid maximum casualties on ground, he dumped fuel to avoid explosion on impact. Initially survived but our ill equipped hospitals failed him/1 pic.twitter.com/uYmvyTJZsp

President @MBuhari commiserates with families, friends and associates of victims of the Bell 206 helicopter operated by Quorum Aviation which crashed Friday into a building in Opebi, Lagos State.

All Progressives Congress National Leader, Asiwaju Bola Tinubu, commiserates with families, relations, and friends of those who lost their lives in the crash on Friday of a helicopter belonging to Quorum Aviation.

He wishes the survivor of the crash soonest recovery.@tunderahmanu @ekometa

I have ordered an immediate integrity test conduct on both of the affected buildings to know the level of impact. We are taking on the responsibility of renovations and will provide all the necessary support to cushion the effects of this tragic incident . pic.twitter.com/YFhktzXy8d

My sincere condolences to families, friends and associates of the victims of the helicopter operated by Quorum Aviation which crashed in Opebi, earlier today.

It is indeed a very sad and unfortunate incident, and it is my prayer that God grants the deceased eternal rest…1/3

Security officers and staff of LASEMA have been deployed to the scene of the crash to secure life and properties and forestall the break of law and order in that vicinity.

My heartfelt condolences once again to everyone directly or indirectly impacted by this sad incident. 3/3

See some tributes below:

A super being! True definition of humanity. RIP CHIKA PRUDENCE ERNEST. May God comfort his loved ones. 🌹

Sad!! Sad!!! 💔💔 I just read that he emptied the fuel tank to avoid the helicopter exploding and purposely crashed into a fence so as to not crash into people's homes. Captain Prudence Ernest Chika is indeed a Super Hero May his soul and that of the other two departed Rest In Peace. May the Lord comfort their families. Amen!

I don’t need to have met you to celebrate you. A true superhero – he emptied the tank to avoid an explosion and crashed into a fence instead of crashing into crowded spaces or people’s homes. RIP – Chika Prudence Ernest

Last-minute heroic maneuver by Caption Chike Ernest, the pilot of the helicopter that crashed in Opebi, Lagos, who maneuvered the chopper to safely minimize impact and reduce casualties. Thank you, Chike! Rest in power. pic.twitter.com/pVMebLqUwr

Rest In Peace Pilot Chike Ernest. People say you were a good and caring man.
Reports have it that even while facing death, you were still compassionate and minimised damages.
God rest your soul.
May God's comfort be with those you left behind. pic.twitter.com/midaAnH5d0