Faridah Àbíké-Íyímídé, a 21-year-old British university student has landed a seven-figure deal in with Macmillan for her first novel “Ace of Spades.”

The deal is about a novel she’s been writing for years now, which is a high-school thriller that tackles institutionalised racism. But first, what is “Ace of Spades” even about – the book centres two black students who are dealing with racism at an elite school and the publisher describes it as “a blistering exploration of the barriers that black students face when they aspire to things that come easily to their white classmates”.

Àbíké-Íyímídé said in her blog.

Ace of Spades was generally inspired by my love for shows and books like “90210“, “Pretty Little Liars“, “Gossip Girl” and “Veronica Mars“. These fun teen shows about rich kids behaving badly. I grew up on these, but always wished there was a Black Blair Waldorf or a queer Naomi Clark and so my MC Chiamaka was born, a rich, mean girl who is also Black and queer. Devon – my other MC – is inspired a lot by my upbringing as well as characters like Dan Humphrey who always grounded us as viewers whenever we got caught up in the wealth, glitz and glamour of the other characters lives.

On a deeper level, the young author says the book was inspired by being at University and having everyone stare at me as I walked through the hallways.

I’ve had people come up to me and say “You know, I’ve never met a Black person before” looking at me in this weird creepy experimental way”. Or, I remember once I was at a Halloween Party – of course the only Black person there – and I was standing with a group of white people and in an attempt to start conversation with me, a white student says: “So… police brutality, it sucks right?” As though that is the only way you can relate to a Black person – through the brutality of those that look like them. 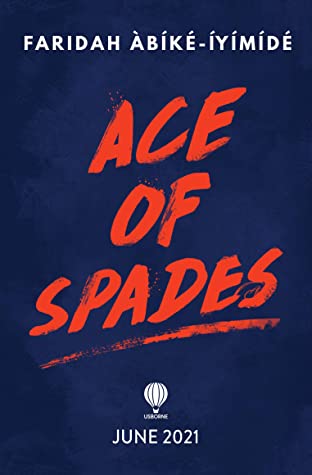 In an interview with The Guardian, Faridah explains how she came about the idea for the novel, saying:

I was in my first year at university and I didn’t have many friends because I don’t drink as I’m Muslim, so I’d be in my room trying to figure out what to do. I was watching a lot of TV shows and I binged Gossip Girl in a few days. I loved it so much but I was really sad that there weren’t many people who looked like me in it.

I thought it’d be so cool if the shows I grew up with, like “Pretty Little Liars” and “Gossip Girl”, had more black people in them, so I started planning a story. I’d usually do uni during the day, then come home and write until 4 am.

On landing such a huge deal, she says:

I am so grateful for this opportunity to share this story and have others see themselves for the first time in these characters.

Macmillan put their money where their mouth is. Often in publishing, a lot of black authors don’t get the support so it was just so lovely to see them not lowball me. They wanted to show they were invested and I really appreciated that. I was just a broke student writing to make myself some fictional friends. I’d always wanted to be a writer and I thought university was the best time to try new things because after that you have to get a proper job.